Shanghai Poly Grand Theater is promoting a season of performances to mark its sixth anniversary, eager to see smiles of its audience members again.

Performances including plays, Peking Opera, concerts and dancing will offer an artistic feast to satisfy theater lovers who can’t wait to rush back to the venue to enjoy these exciting shows after being locked down at home for months.

The theater is also seeking volunteer photographers. Anyone who wants to take part should send an e-mail to jia.wei@shpgt.com, attaching five photographs (each within 2MB) with information including name, contact details, make of camera and when and where you took your pictures before September 30.

Shanghai University Chamber Orchestra will give a performance to mark the 71st anniversary of the founding of the People’s Republic of China. They will play classic pieces by Russian composer Dmitri Shostakovich and Spain’s Joaquin Turina Perez. Directed by renowned Chinese conductor Cao Peng and Xia Xiaocao, deputy chief of Shanghai University’s School of Music and principal violinist of Shanghai City Symphony Orchestra, the chamber orchestra won first prize of the University Art Performance Competition, the highest level of such contests among college students in China, in 2015. 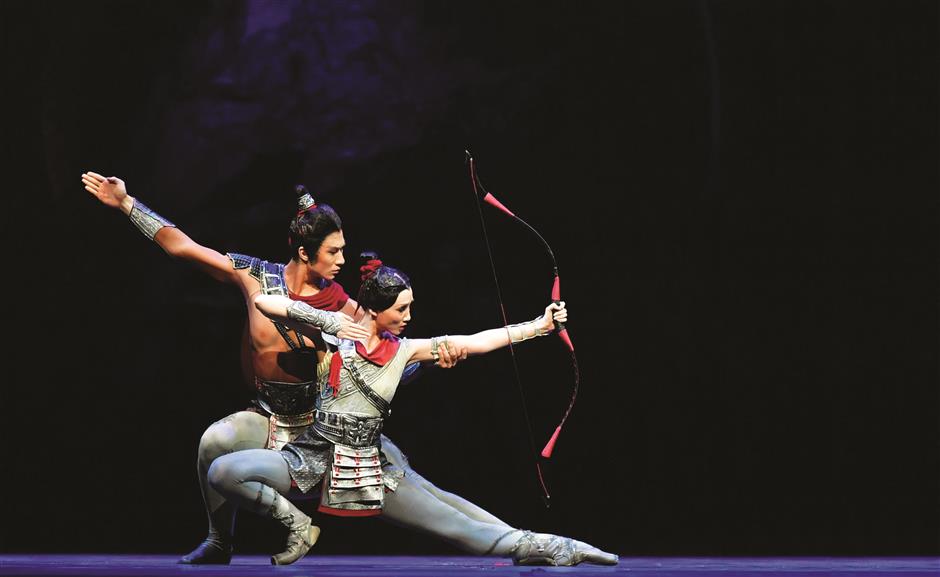 Ballet “Mulan” performed by Liaoning Ballet of China will be staged at Shanghai Poly Grand Theather on October 19.

Produced by Liaoning Ballet of China, the ballet attempts to interpret the classic Chinese story of Hua Mulan who disguised herself as a man to join the army to take the place of her aged father. She fought for 12 years to gain high merit but refused any reward after the war and returned to her hometown. Established in 1980, the ballet troupe has performed world-famous pieces including “Swan Lake,” “Sleeping Beauty” and “Giselle.” It has also created and performed classic Chinese dance dramas such as “The Butterfly Lovers,” “Song of Mongolia” and “The Last Emperor.”

This is a story of seven people in a hotel, the manager and the maid, someone’s mistress, a professor and his wife, a pregnant lady and a drunk man, each with their own axe to grind. Director Li Xing, who stars as the professor, has won a variety of awards including the Seoul International Dance Competition and the Hannover International Choreographic Competition.

Play: ‘Dad is Running a Marathon’

When Zhao Zhigang, a laid-off worker, boasts about his son to friends, he receives a call from him. However, he hears a girl’s voice at the other end of the line. She says his son is having a surgery in Beijing and asks Zhao to pay for it. Zhao quickly hangs up, thinking it a telecom fraud. When his phone rings again and everything is explained, Zhao travels to Beijing to find his son lying on a bed and paralyzed from the waist down. He knows that his son’s greatest dream is to run a marathon and he promises that they will run one together.