The exhibition includes a series of stone carvings made in the Chongwu area of Fujian Province and a short film shot in the area of its local craftsmen. Chained and intertwined, the carving pieces, which look like ordinary stone barriers at China’s tourist attractions, are done by the joint efforts of technology and human hands.

A machine cuts the giant rocks into pieces and carves them automatically into rough shapes the artist has drafted beforehand. Then the work was transferred to Yang and his craftsmen, who refined, engraved and polished the semi-formed rocks.

“It’s a collaboration, or conflict, between man and technology,” said curator Sun Qidong. “The time we are caught in is a time in which humans coexist with the machines. If humans simply set the digitalized technologies free, there will be no future for us.” 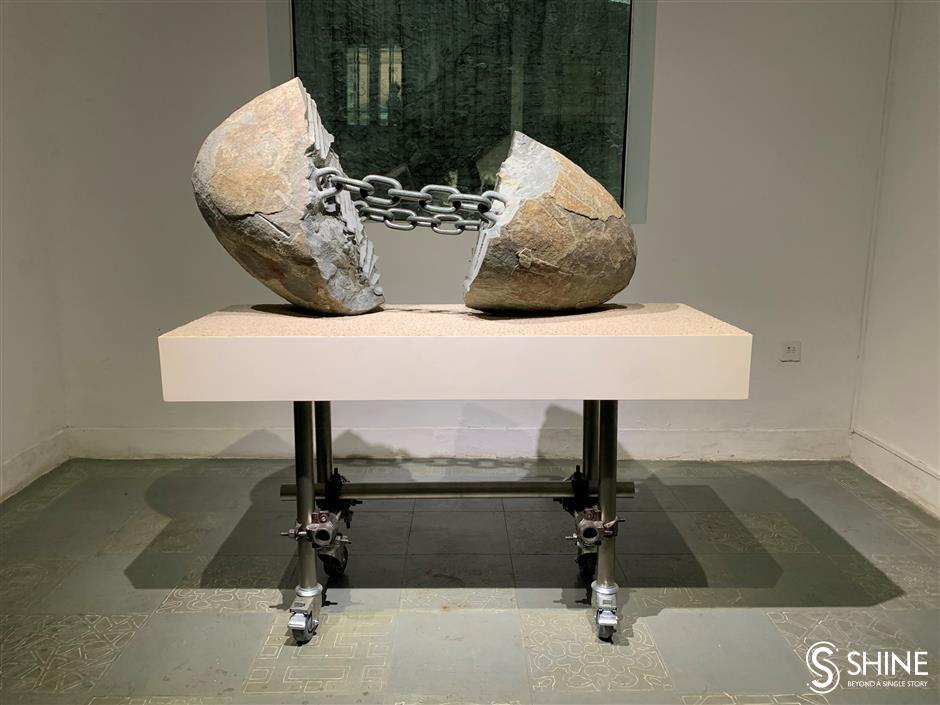 Yang designed chains for his artworks. Chains were finely carved from the stone, a metaphor of liberty and enslavement.

“These chains are not add-on, not decorative, but are essential, inseparable parts of the conception,” the curator said.

Yang turned his hand-drawn drafts into digital models, and then the robotic machine cut and carved them. Finally they were polished by hand.

The short film “Refreshing,” on the second floor, presents how the project was make. The craftsmen in the film were told to pause and stare at the camera from time to time while working on the stones.

The interruption was the artist’s denial of the totally automated creating process and his intention to show human reflection on the use of new technology. 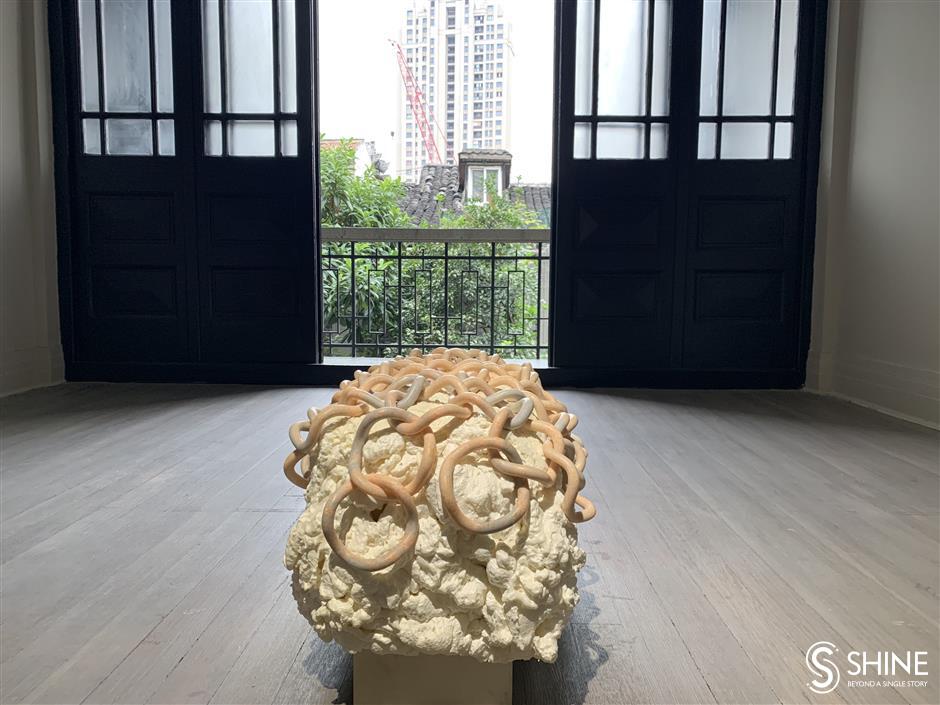 An incomplete work, made with the help of machines 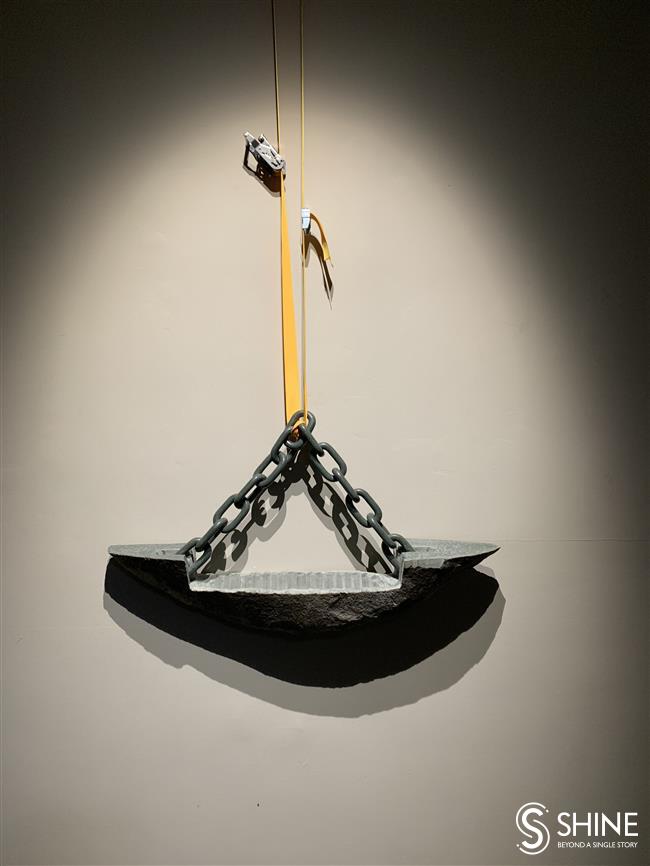