The exhibition “Player of Beings” at Ming Contemporary Art Museum has gathered a group of young, avant-garde installation artists to discuss the relationship between video games, social changes and the evolution of technology.

From Toys R Us, Famicom, Arcade games to online games and today’s eSports, the exhibit traces back gaming history over 70 years and will bring back precious memories of yesteryear.

With several game coins distributed at the entrance, the fun of the expedition starts.

The street corner arcades of the 1990s were set up for game masters to progress past several different levels with a single coin.

Gamers at the exhibition can follow in the footsteps of their forebears, roll up their sleeves and get ready to do battle on dozens of old, yet still functional, arcade game machines, such as the Street Fighter, Thunder Dragon and Knights of the Round 13 among many others. 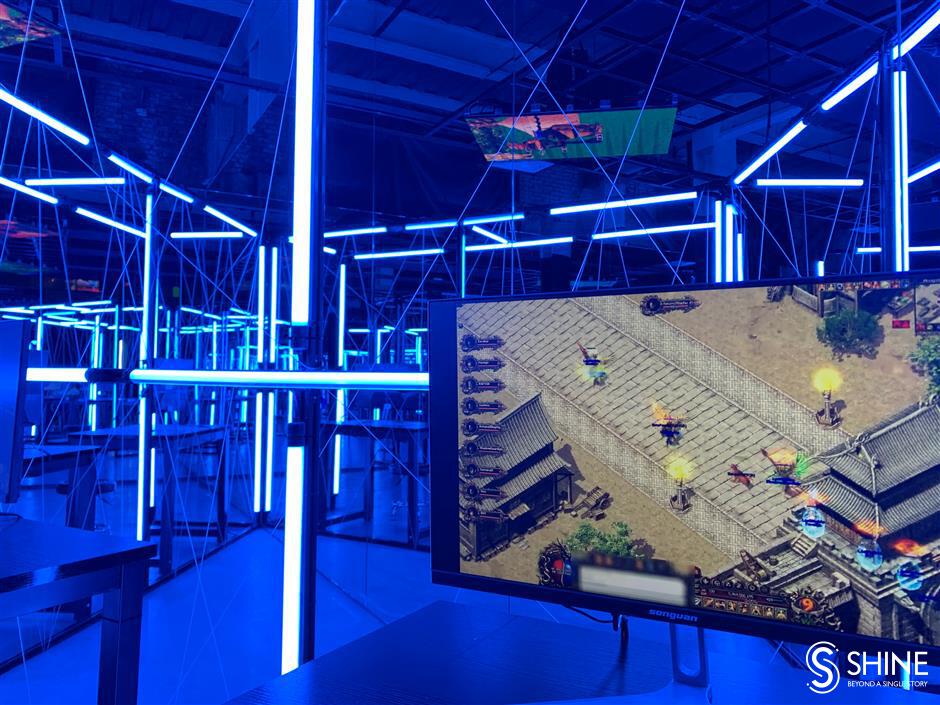 Running through March 28, the exhibition offers an offline carnival for all game lovers and a joyous healing experience of the past year.

The Cyber Cafe area, decorated with mirrored walls, revives the old days when schoolboys gathered in one room to battle against other international players through popular games, such as Red Alert, Star Craft, Age of Empires and Counter-Strike.

Going through the nostalgic game zones, visitors can get interactive with a wide range of fun artistic installations that also reflect the artists’ thoughts on humanity and technology.

The computer graphic interactive installation “Fall Again, Fall Better,” by artists Jeffrey Shaw, Sarah Kenderdine and Sinan Goo, is a group of computer-modeled human figures, which are presented on a giant screen. When a viewer steps on a pressure-sensitive floor mat, these human figures fall down and then stand up again quickly.

Constructed according to the skeletal physiology of a “push puppet,” each of these synthetic figures falls differently each time, showing the varied disorders of body and limbs.

Failure and falling are synonyms in a global language of anxiety, therefore the installation functions as a monument to those falling and striving to get up time after time again.

The installation “Lovely Sound,” by artists Lu Fei, Sun Hao and Zhu Qia, is developed from the game “Mandarin Town,” using old-fashioned, yellow-colored public phones as a symbol of time.

One-fifth of the Chinese population don’t speak Mandarin, so the installation tries to talk about the diversity and social function of different languages and accents, which reflect the richness of cultural identity but are also a source of misunderstandings. 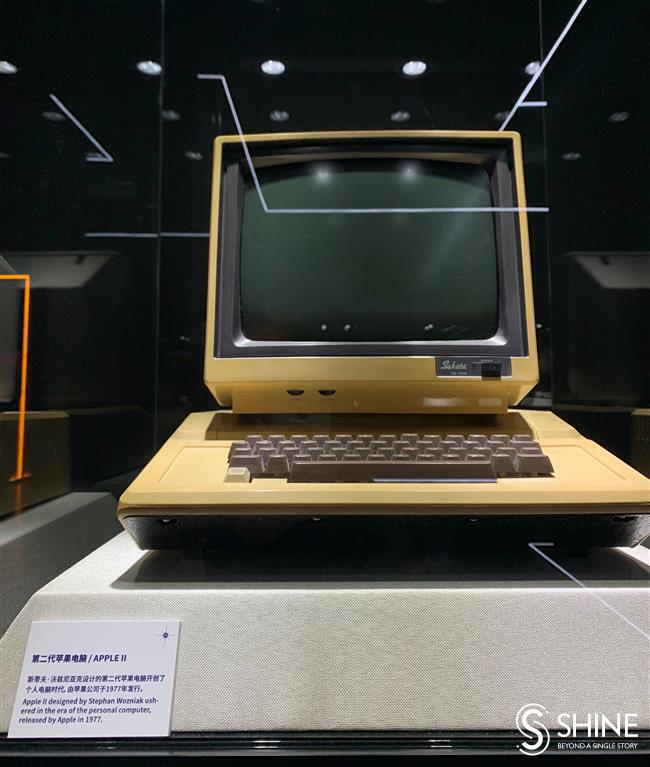 An Apple II computer released by Apple in 1977