Photographer Guo Yun's solo exhibition "Into the Flowers and Bushes" at the M50 Art Park unfolds a macro universe of flora with blossoms and withering in the rhythm of the seasons.

After retiring, the former press photographer for Japanese newspaper The Asahi Shimbun switched the focus of his camera lens from people and events in the news to flowers, grass and trees, finding his spiritual home in the great outdoors.

"The essence of photography, from my point of view, is an elegy and lament for the very moment that would disappear within a second," Guo said. "It might be one interpretation of life." 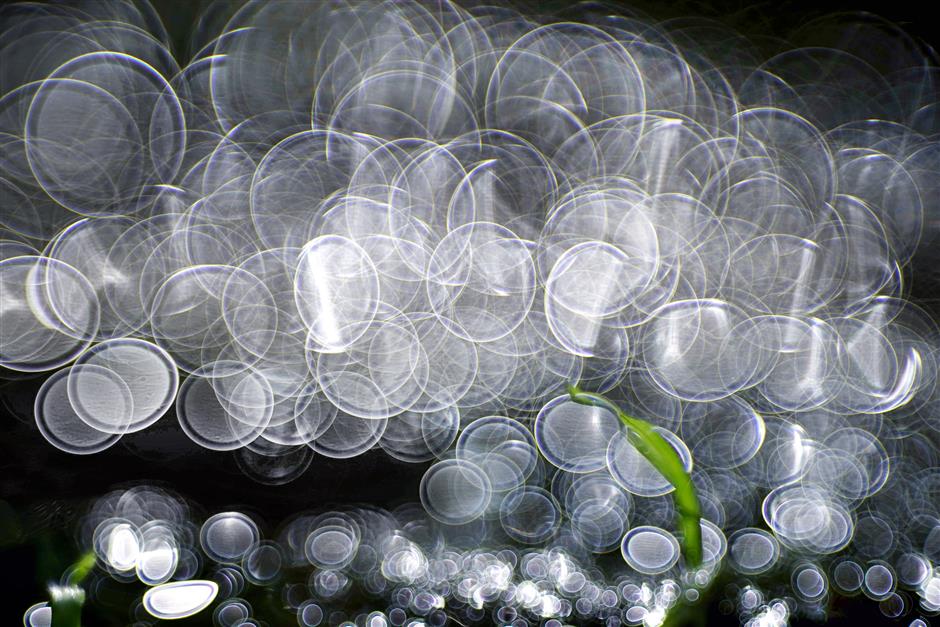 Most of the pictures were shot with antique camera lenses Guo has collected over the decades, with the oldest one dating back more than 100 years.

"Technically speaking, a lens designer was either biased or compromising, and couldn't balance very well between things such as chromatic dispersion and deformation," he said. "No lens was perfect, but each one was unique with its own specialty."

Many of Guo's works on display in the exhibition were taken at dawn in small parks about a 20-minute walk from his home in Tokyo, Japan.

"The light changed very fast in the early morning. The best moment lasted no more than 20 seconds," he said. 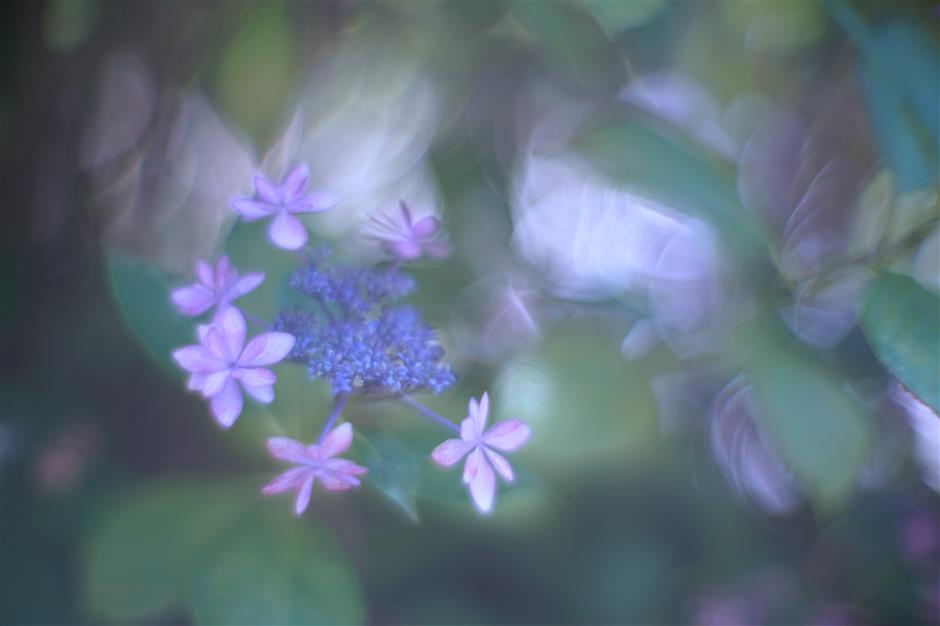 The flora in Guo's photos has a Monet-like impressionistic halo, which is dreamy and hallucinating.

"I love Monet's paintings, which showed how keenly the painter felt about light. The way he brushed is just like how we shoot out of focus to make blurred bokeh smooth and pleasing," he said.

Looking at Guo's flowers is like twisting a kaleidoscope, with a splendid display of colors, shapes and textures. Poetic and mysterious, the petals and leaves, shadows and light are interwoven with the artist's reflection on life and nature. 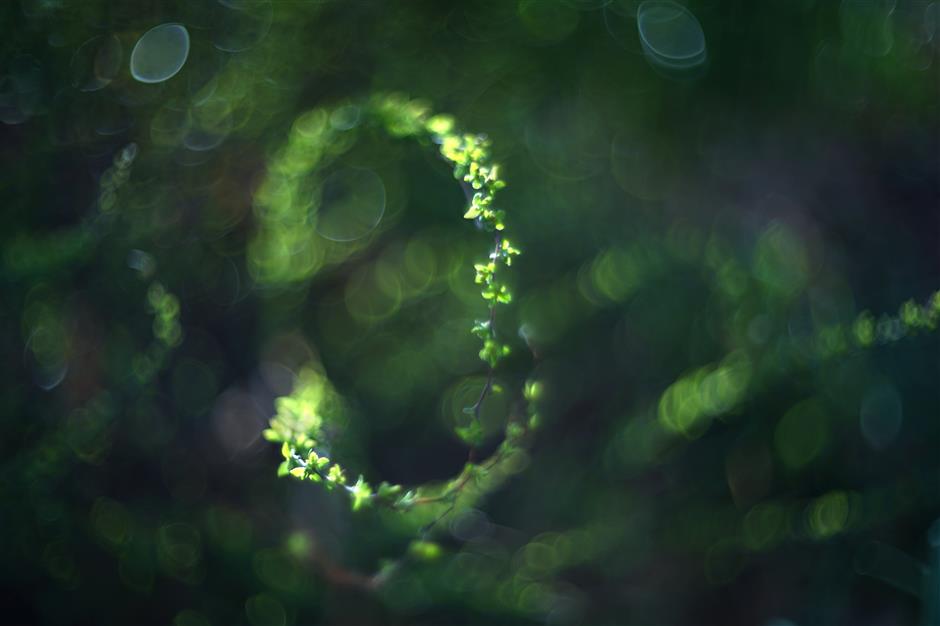