At the helm just 27 days, emperor had his tomb filled with valuables 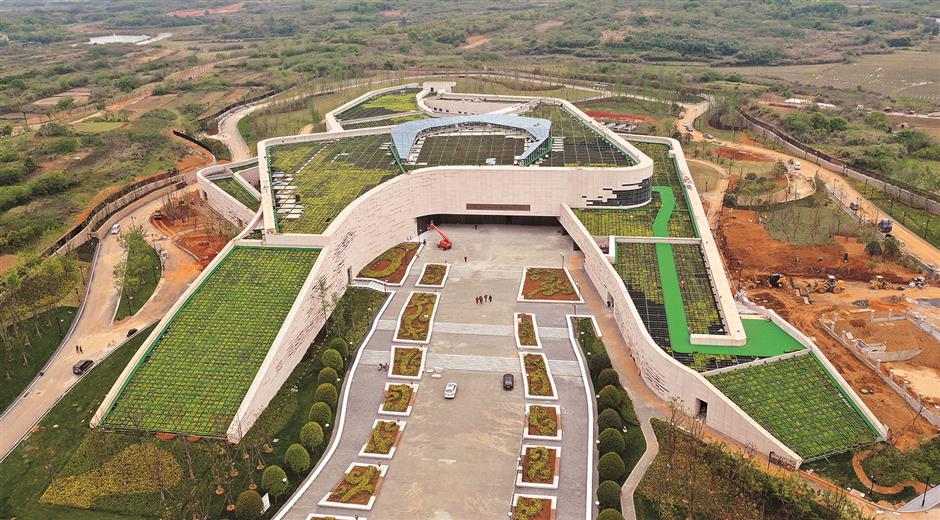 In 2011, the cultural relics department in Jiangxi Province received a report that an ancient tomb near Guanxi Village in Nanchang was being looted.

When the archeological team arrived at the tomb, experts found the looters had dug a hole 14.8 meters deep. If it had been five meters deeper, they would have reached the buried artifacts.

Protective digging by a professional team, which went on for five years, scooped out more than 10,000 beautiful funerary objects, including 100 kilograms of gold, 3,000 bronze sculptures, 4 million coins that weighed 10 tons, as well as numerous bamboo slips (bamboo books), sets of musical instruments and delicate jadeware.

Among all of the relics discovered, a small personal jade seal, which directly proved the host's identity, might be the most important, because it showed the man who lay underground was Liu He, who became an emperor during the Han Dynasty (202 BC-AD 220) for only 27 days.

Stripped of his power by influential ministers, the emperor was exiled to Haihun, part of today's Nanchang, and became the Haihun Vassal King (Haihunhou) of his territory.

The historical archives recorded that within 27 days, the deposed emperor had done 1,127 ridiculous things (40 per day on average), which made him look like an unqualified ruler for the empire. They were later found to be false accusations made by those ministers, who wanted to oust him from power.

A failed monarch, Liu still lived an extravagant life as a king in Haihun, exemplified by the abundance of burial objects in his tomb.

In one pit, archeologists found more than 3,000 gold and silver-inlaid bronze accessories, as well as 20 sets of horse skeletons and five chariots.

The large number of bamboo books cover medications, chess playing and the classic "Analects of Confucius," showing Liu loved reading and hoped he could continue to read and learn in the afterlife.

It somehow refuted one accusation that "the emperor was a dandy, never studying anything."

A screen, another important relic, was painted with the portrait of the ancient philosopher Confucius together with his biography. The artifact, for the first time, confirmed the sage's family name "Kong" and name "Zhongni," as well as clarified his birth year as 566 BC, 15 years earlier than was recorded in "Shi Ji" (famous historical records of early China written in a biographic-thematic style).

Inside a coffin, the emperor's corpse was wrapped in a silk robe and quilt. The head, under a reddish brown vizard, laid on a glass pillow. The face had decomposed, but his teeth, in a tight bite, were discovered.

They were sent to the Institute of Archaeology, Chinese Academy of Social Sciences, for DNA tests, while a small amount of samples from the remains of Liu's limbs were analyzed by physical anthropologists to affirm the relationship between him and other members in the tomb.

In 2016, experts discovered more than 40 sunflower seeds in Liu's throat, guts and stomach. As they didn't digest, the seeds were thought to be connected to his death. One speculation was that Liu choked on them while eating melons, but there is another more convincing theory.

He was murdered via the poisoned melons. As a dethroned emperor, Liu was always a potential threat to the current emperor on the throne. After his death, a series of accidents happened in his Haihun Kingdom. Liu's eldest son, who was in line to succeed him, died soon thereafter. What's more, his second son suddenly died just a few days before the coronation ceremony, which directly led to the eradication of the kingdom.

But these are simply guesses, and the truth might be buried 2,000 years ago with the emperor and his funerary artifacts.