Only a few people might experience a "life and death" moment in their lives.

For Wang Tiande, such moments utterly change the way he thinks about life and art.

The veteran artist pours out what he feels and understands through his first solo exhibition in 10 years – "Three Floors."

The exhibition featuring a cluster of his paintings and antique collection is currently showcased at WS SPACE, a century-old villa called "small white house" tucked away on Huating Road in the downtown area. 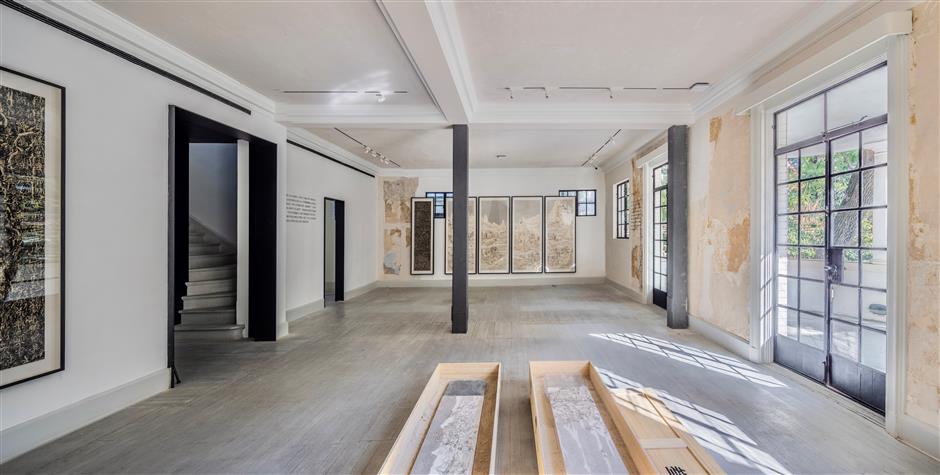 When entering the building, visitors might take one of Wang's artworks on the wall as an ancient Chinese ink-wash painting.

On closer inspection, however, viewers find one layer of ink-wash painting is overlapped by another layer of mountain and tree contour, which Wang created through incense burning and pencil drawing.

"It really takes time to implement one single piece, meaning being alone hour after hour in my studio," said Wang.

Born in Shanghai, Wang graduated with a bachelor's and doctorate degree in calligraphy from the Department of Tradition Chinese Painting of China Academy of Art.

He prefers to keep a low profile and seldom exposes himself under the spotlight in the art community, even though his paintings have been widely collected by museums around the world. 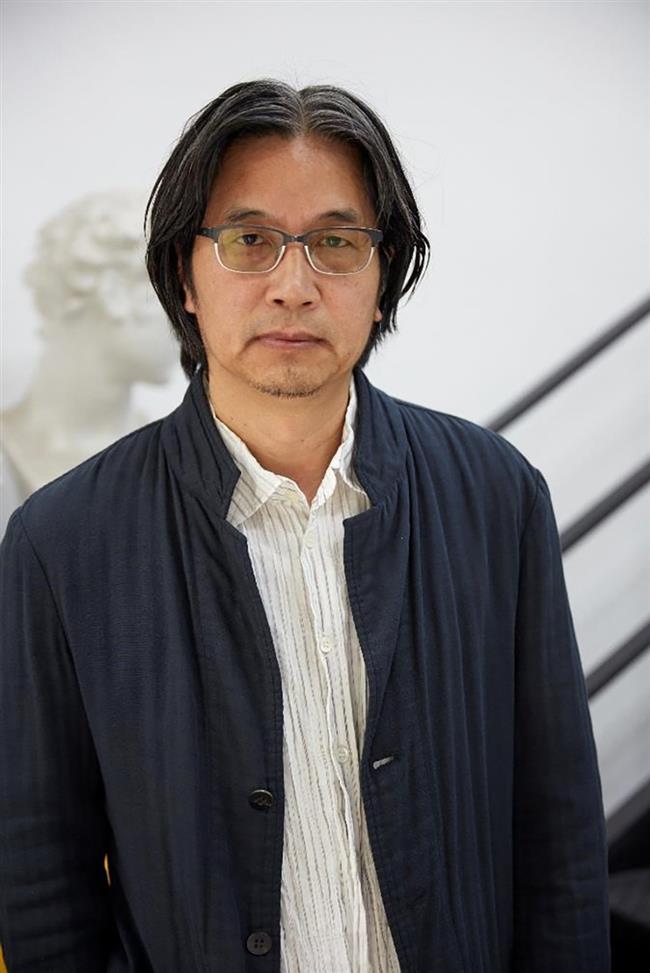 "I am a quiet person, pretty much like my paintings," said Wang, 61.

Some of his other works are composed of calligraphic rubbings. The juxtaposition of landscape forms and abrasive rubbings generates a conceptual mode for his interpretation of the contemporary Chinese ink-wash painting.

"It was in 2002 when I was in Paris during a residence artist program that I felt so lonely in my studio facing the Seine.

"However, solitude is actually the essence of living in a cosmopolitan city. I gradually savored the idea that the better the city, the lonelier the man is," Wang said.

"One day I accidentally dropped a cigarette on my ink-wash painting, and this random act unexpectedly inspired me."

Replacing cigarettes with incenses and using corn silk paper instead of rice paper, Wang finally achieved what he wanted to create.

Recently when Wang was boating with his wife and daughter on the Fuchun River in Zhejiang Province, the boat suddenly capsized due to the rushing undercurrent.

"The huge, craggy rocks in the river could have killed us," he said.

Luckily, someone on the riverside heard their cries and they were saved.

"That's when I realized something that happens in a second or two can alter your entire life. One really should treasure what life has to offer," he said. "That's why I'm very excited about this exhibition."

The "life and death" moment that Wang encountered during the excursion gave him the fresh insights into time and life.

A series of new paintings was created to mark the unforgettable moment.

For example, he had a new feel for depicting cliffs and trees. In one of his paintings, he decided he must add a river mouth as a way of emotional release.

He also spent more than two-and-a-half months studying the interior and exterior of the century-old villa where his exhibition was to be held. He brought Ming Dynasty furniture, an ancient Buddha statue, antique incense burner and a stone vessel to decorate the building, which he says is a way to "nurture the space."

"Some artists don't think highly of the relationship between the space and the artworks, but for me, it is all too crucial," he said. "Maybe that's the reason I am addicted to buying antiques, because one antique piece will change the energy flow and level up the whole environment."

When asked about his next exhibition, Wang said, "Whatever it is, it will not be a retrospective show. I like to create new art, not something in the past.

"Soon after this exhibition, I will go to the Fuchun River again to express my gratitude to my savior who just appeared at the exact moment. I call it fate." 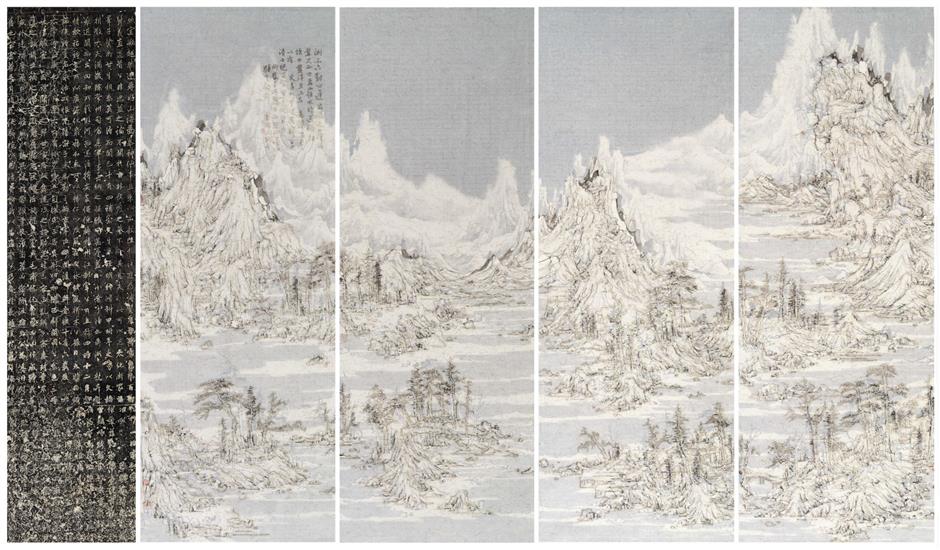 "Early Snow near the Mountain" by Wang Tiande