Frankly speaking, artist Shi Yong's artwork is very hard to decipher, especially for visitors who know little about his intentions and creative process.

Shi's solo exhibition "Turning Inward, Until Disappearing" is under way at ShanghART Gallery through January 9.

It features his new series of conceptual sculptures and installations, some of which were created during the pandemic.

Born in Shanghai in 1963, Shi graduated from the Shanghai Light Industrial School's Fine Arts Department, and is a representative figure of contemporary Chinese artists who were the first to work with installations and video media.

Beginning at the end of the 1990s, Shi focused on the concepts surrounding Shanghai's transformations under China's reform and opening-up, which contributed to discussions about globalization and consumerism.

With the work "Sorry, there will be no documenta in 2007," he turned his attention to the art world itself. His 2015 solo exhibition "Let All Potential Be Internally Resolved Using Beautiful Form" continued his artistic practice, disclosing his intention to expand the reflection and practice of "control" under the seemingly "abstract" future.

While in his series "Oblivion Lasts Longer Than Memory," he made an effort to transcribe the whole book of James Joyce's "Ulysses" (Vol. 1) on a piece of paper in the repeated actions of writing and erasing until the paper became fragments. He did the same with Michel Foucault's "This Is Not A Pipe."

Here the artist poses a question to visitors – what if writing does not point to a result but a process, in which writing itself is an action in a meaningful way?

"Even now, I can't fully understand 'Ulysses,' but the atmosphere wafting over the entire book nearly drove me into depression when copying it," he said. 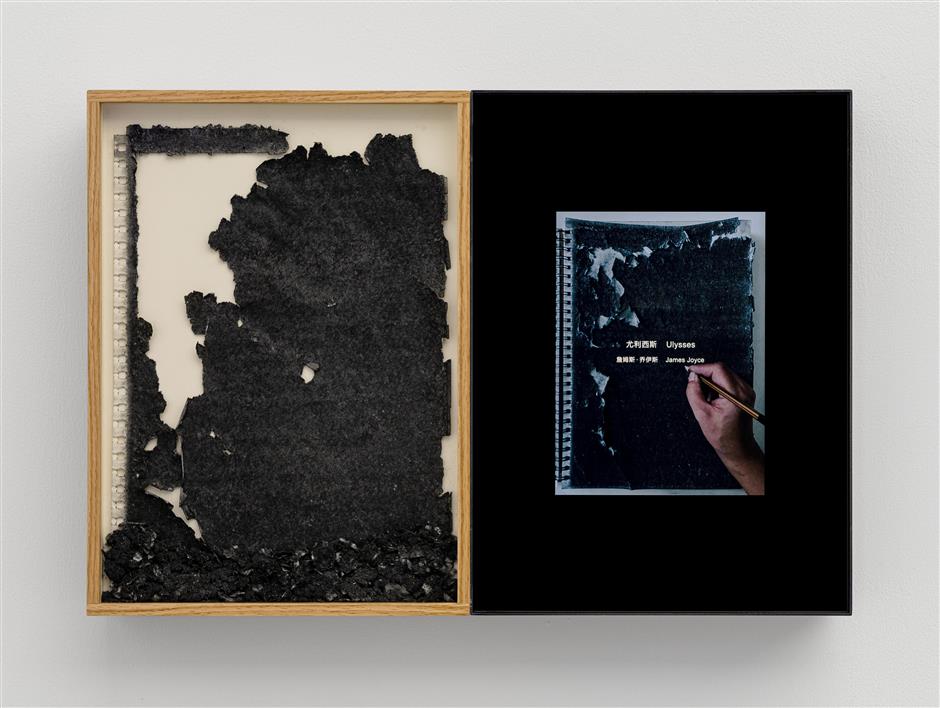 Shi has long experimented with artistic creation, prominently manifested in his speculative use of Chinese characters, words, texts and concepts. Over the years, he has insisted on condensing extremely rich concepts and appealing shapes in his works.

"When I am doing a piece of work, I am unwilling to decipher everything. I prefer to present it like a riddle, and I don't offer the answers," he said.

The installation work "Turning Inward, Until Disappearing" consists of three cylinders made of aluminum. The opening of the cylinders gradually reduces at the point of intersection, which forms an absolute darkness beyond the reach of viewers' perceptions.

In his eyes, the enclosed interior is like a labyrinth, filled with the memories of each individual shaped by various forces from the past.

In fact, the title of the exhibition "Turning Inward, Until Disappearing" is not only a summary of the works on display, but also a refinement and metaphor for reality.

"When we are 'squeezed' by outside power, we divert our attention inward and away from the fighting," Shi said. "It is not an active choice but a passive one. Although sometimes I am very depressed, I find my own exit to escape." 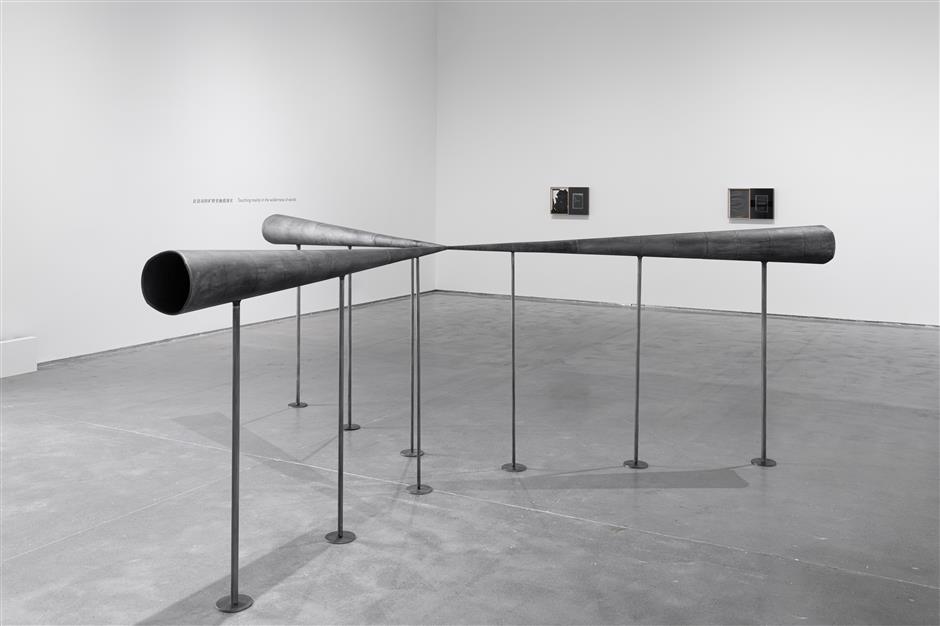