The English version of Chinese writer Chen Danyan’s “The Day of Galloping Thoughts — A Geographical Reading of ‘Ulysses’” was published by Cork City Library in Ireland early this month.

Cork, a sister city of Shanghai, is the hometown of John Joyce, father of Irish writer James Joyce, author of the iconic novel “Ulysses.”

Different from other travelers, the Beijing-born writer has spent the past 23 years traveling around the world. And she often takes a big truck of books with her, containing classic works she read in her childhood.

“It was on the platform at Belfast Bus Station when I saw a legendary name — Dublin,” Chen told Shanghai Daily. “I have been reading ‘Ulysses’ but never finished it. For me, reading it is not only the process of reading but also a way of exploring the world of literature.”

Chinese writer Chen Danyan (center, front row) attends the inauguration of the English version of her book “The Day of Galloping Thoughts” at the Duoyun Bookstore on the 52nd floor of the Shanghai Tower.

The first time Chen got to know “Ulysses” was in a European literature class in 1980. At that time, the students didn’t have access to the complete Chinese version of the book. However, she was really obsessed with the term “stream of consciousness.”

“I was eager to find out what a ‘stream of consciousness’ can be,” said the 61-year-old writer. “To me, ‘Ulysses’ is not a book any more, but a perspective, to observe and to represent this world.”

Such a strong philosophical implication certainly meant a lot to the young writer-to-be at that time.

Chen, best known for her trilogy of biographical narratives, “Shanghai Memorabilia” (1998), “Shanghai Princess” (1999) and “Shanghai Beauty” (2000), has visited Ireland four times, with a version of “Ulysses” with her.

In her eyes, there is an intimate relationship between reading and traveling.

She finished reading the first chapter of “Ulysses” next to the Forty Foot and started rereading it in a cottage by the cow shed, two places referenced in the book. She wanted to be closer to the fresh Irish milk and farm ladies mentioned in the classic work.

“If you consider the era when ‘Ulysses’ was written, and how Joyce thought about the root of his country in the Irish Independence Movement, you will know that the western villages mean a lot,” said Chen, who received the UNESCO-Prize for Peace and Tolerance award in 1992 for her autobiographical novel “Nine Lives.”

Chen read the second chapter of the book and learned Celtic language from a teacher on Aran Island.

At the national library of Dublin, Chen finished reading the third chapter of the book. The place happens to be where another of the book’s stories took place. Then she compared her version to the original one. 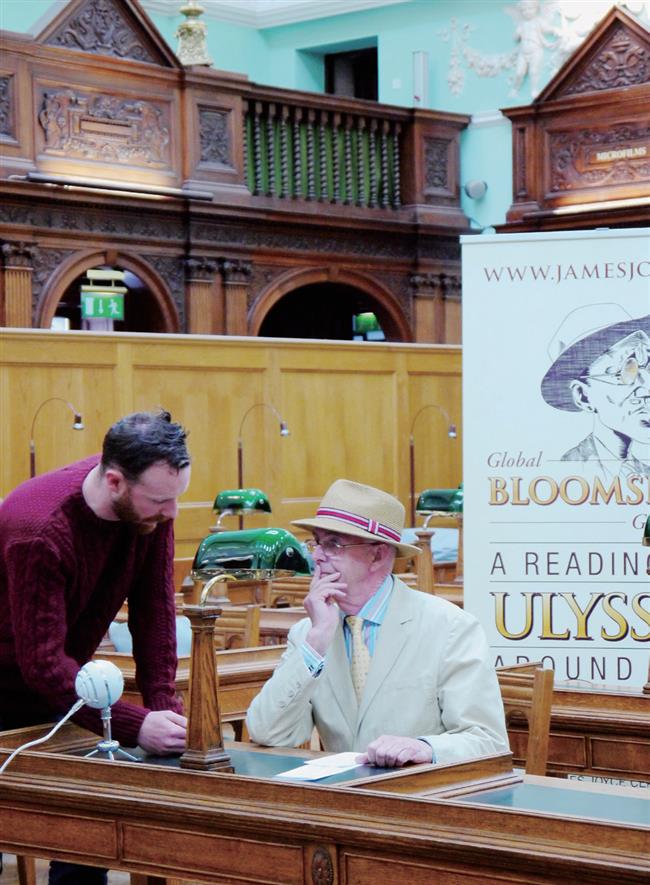 Chen also celebrated Bloomsday with the locals. The day celebrates June 16, 1904, which is the day depicted in “Ulysses” and named after Leopold Bloom, the central character of the novel.

“The benefit of geographic reading is that it becomes more vivid when I put myself in the place where it all happened. I can eat the food, enjoy the smell and daylight of the places in the book,” said Chen. “At that moment, I felt that my wish finally came true after 30 years.

“All my friends in Ireland knew about my wish. They gave me a smile of relief when knowing I had realized my dream. “Such lovely people. They were not afraid to tell me that they were never going to try and finish the book anyway.”

Chen said that she never thought about translating her book into English and publishing it in Cork.

“To be honest, I was a little bit scared of it,” said Chen.

All this self-doubt stemmed from the greatness of Joyce’s book. Chen loves the book so much that she can read from any chapter and enjoy it.

“When reading the 40-page Molly monologue, I am filled with joy and respect,” Chen said.

“The Day of Galloping Thoughts” is really a tribute to “Ulysses” and this great land which nourishes it.

The English version of “The Day of Galloping Thoughts”

The translator of the book, Esther Tyldesley, is from The University of Edinburgh.

She said that almost all travel books in English are written by English-speaking travelers who entertain their readers with exciting adventures to exotic, far-away lands, and the unusual and amusing things they see there.

“However, most English-speaking readers never stop to think that to the people who live far away, life in English-speaking places is as exotic and peculiar to them as their lives are to us, for we never have a chance to hear their voices,” Tyldesley said.

“This book is full of sharp, sympathetic observations, some very familiar to readers of travel literature, whereas others approach familiar things from an unexpected angle.”

In Dublin, you can see the conflict that all major tourist destinations experience, as the city struggles to find a balance between preserving as much as possible of its unique character without stifling the very things that brought it to life in the first place.

The celebration of Bloomsday is a happy combination of real scholarship and people with nothing more serious in mind than a chance to dress up and have fun.

You can enjoy an evening in a real Irish pub, which has been taken over for the evening by tourists from all over the world, who all bring their own different memories and experiences.

You can see Dublin’s crowded streets when Bloomsday is at its height, and a much emptier, stiller Dublin at the end of the evening, as the last few weary Bloomsday visitors make their way home.

You can even encounter Joyce scholars earnestly commemorating the great man and meet a proud Irish farmer who cheerfully declares that he has no interest in “Ulysses” at all.

“Back in 2010, the director of Tourism Bureau of Ireland told me that if you travel to Ireland five times, you will meet the famous Irish leprechauns in the valleys who are mentioned in the poems of William Butler Yeats,” said Chen.

“Now, 10 years has passed, I am about to go to Ireland for the fifth time with the English version of my book to meet the readers in Ireland. I know it is a moment worth waiting for.” 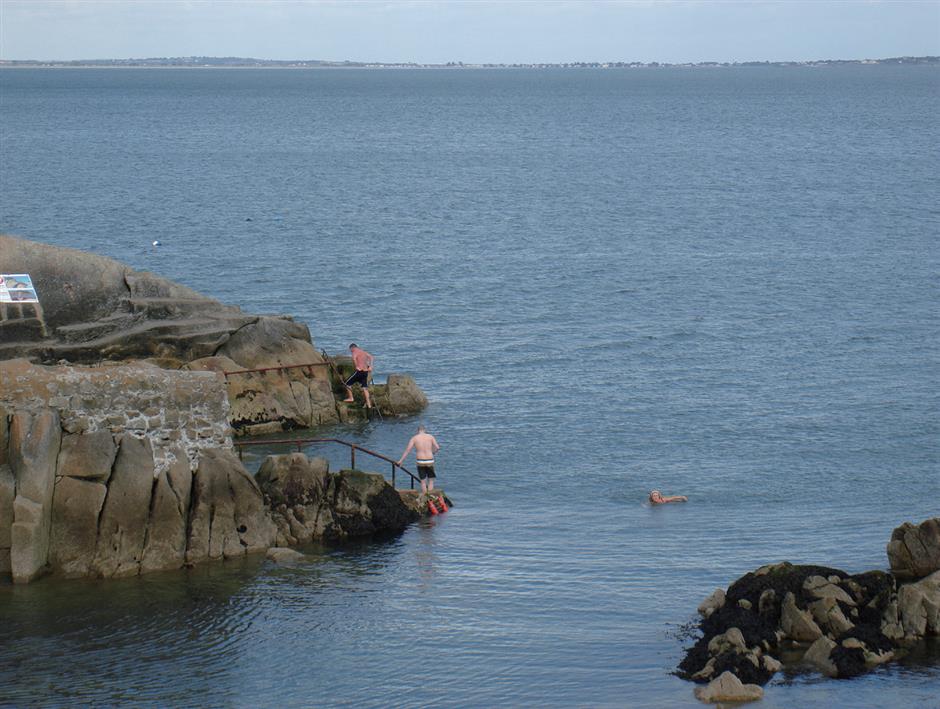 The Forty Foot is Ireland’s most famous swimming spot.