Fun and simple books to help enrich your China experience

In the latest effort to make learning Chinese easier and more entertaining for foreigners, Shanghai Translation Publishing House has rolled out two books in English by both Chinese and foreign authors. 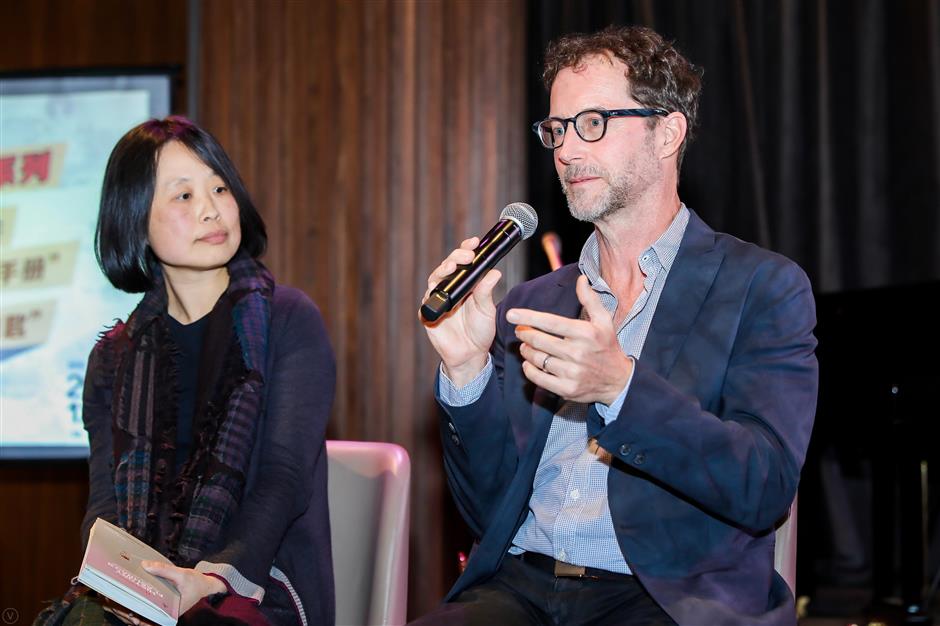 While the English may suggest “Chinese” as being “simplified” in the process of reading, the Chinese title, however, put “not” in between the two words, playfully pandering to foreigners who feel that nearly everything in the East is expressed in a manner opposite to the West.

“Many of my overseas friends are curious about China, yet still perceive the culture as impenetrable and the people as inscrutable. My plan was to collaborate on a fast-read book full of lighthearted stories, that is, to use the language as a window into the culture,” said Beck, a producer and author who has lived in China since 1992.

With humor and clarity, “Language Empowerment” is a highly readable overview of the Chinese language. In the book, Beck shares his nearly two-decade experience in China, spinning story after story about the many pitfalls of learning Mandarin, even his own mistakes, to help make the pleasure of learning more accessible to a wider audience.

To emphasize the importance of four tones at the beginning of the speaking level, Beck throws out his favorite mistakes. For example, once he said “mao” by using the rising tone instead of the flat tone. So instead of what he meant, “Your pandas are very cute,” the sentence came out in Chinese and sounded like, “Your chest hair is very cute.”

However, to err is human.

“You will recognize your progress by the quality of your errors,” said Beck. “When you make a fool of yourself, resist the urge to hide it. Smile and play it up.”

Despite the die-hard jokes, the book also introduces the charm of Chinese chengyu — the four-character idioms.

Taking stories from ancient myths or historical events, “idioms are a great way to get your point across whilst showing off your appreciation for history and culture,” said Lu, who co-authored the book with Beck.

The other book “History Flashback” takes a humorous yet easily understandable approach to interpreting Chinese history. In one chapter, it compares Emperor Huizong (1082-1135) with Steve Jobs as they share the same passion for artistic fonts.

In another, Confucius (551-479 BC), whom everyone in China calls Kongzi, is crowned as the master of integrity, to emphasize his views on how to become a person of noble character through actions.

A number of Confucius quotes are decently translated to reveal his teachings as being regarded as a religion of common sense among the Chinese, such as the No. 1 Golden Rule of Conduct: “What you do not wish for yourself, do not impose on others.”

To compress 5,000 years of Chinese history into one book for readers of all levels is one of the biggest challenges facing the three authors.

The 5,000 years of Chinese history is compressed into one fast-read book for readers of all levels.

Sun Zhumin, one of the authors, said it took them six years to complete the 180-page book.

“Chinese history and culture are very complicated for foreigners,” she said. “I usually start by telling stories to Beck, which I thought were representatives of a certain dynasty. If he was not interested, I would change the perspectives of storytelling with another historic character or event until I saw a spark in his eye, which meant we had come to some similar aspirations.”

To maintain a clean, clear line to the main developments in Chinese history, illustrator Yang Kanzhen was invited to join the team with his pencil illustrations, because sometimes “a picture is worth ten thousand words,” as the Chinese saying goes.

“I am glad the other two authors understand perfectly the way how the illustrations work to create meaning for the readers,” Yang said. “They would rather cut the written text to give way for what is being explained by the images.”

So here we see Laozi, crowned as the Master of Being, relaxing on the beach under a coconut tree, wearing board shorts and flip flops. We find Tang Empress Wu Zetian (AD 624-705) in a chart for comparison with Egyptian queen Cleopatra VII and Elizabeth I of England, as well as a Ming-era timeline (1368-1644) recognized in the history of the world — when Zheng He led the first of seven overseas expeditions in 1405, Columbus landed in America in 1492.

Words are for meaning: When you’ve got the meaning, you can forget the words.

“You’ll enjoy yourself so much you might not realize how much you’re learning,” said Rana Mitter, professor of the History and Politics of Modern China, University of Oxford.

Ultimately, language is learnt through relation with other people. The books are all about the experiences, relations and personal interpretations of Chinese language and history via cross-cultural collaboration between the four authors who are passionate to share their most loved China stories.

“We want to break the hurdles to create the handles for those who wish to learn more about China,” said Beck. “We don’t seek to replace the works of other fine writers, but rather to bring their valuable insights into mainstream conversation.”