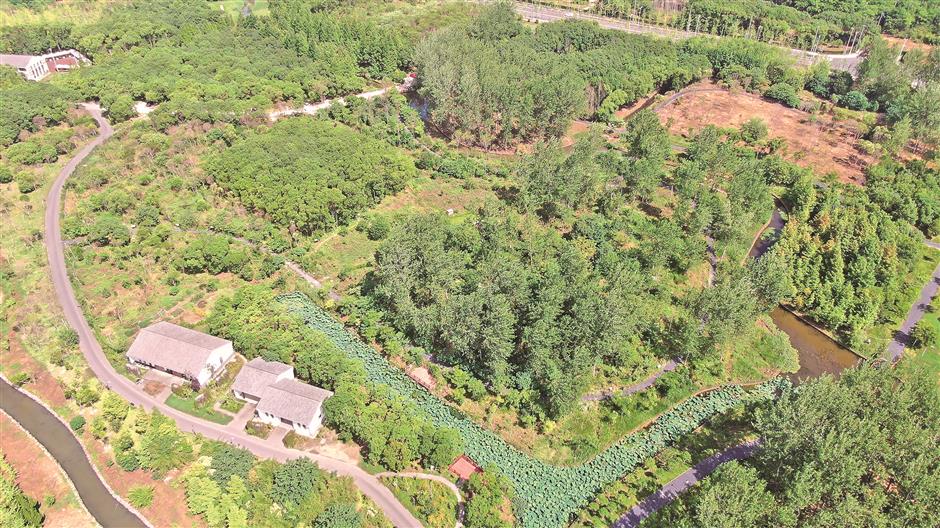 Pujiang Country Park has become a heartland for the development of ecological scientific research.

The urban wilderness studio in the park, with an area of 17,000 square meters that is almost as large as two standard football fields, has three departments with 16 staff members.

"We want to explore a model of how to achieve harmonious coexistence between man and nature in large cities," said Guo Taoran, an ecology restorer.

The demonstration base is divided into seven functional areas, including the local herb and shrub exhibition area. Most of the staffers in the studio are graduates specialized in entomology and plants.

In order not to affect the daily routine of the park's animals, Cheng Siqi, who always keeps a camera in hand, often patrols the garden with Guo, no matter what the weather is like. Over the past year and a half, Cheng has shot about 3,000 video clips.

Spring is a very important season in animal and plant monitoring, Guo said.

This year, due to the pandemic, there has been a lack of data collection but they will start to record again next year.

"We want to start new projects in Shanghai and continue to restore the urban ecological system. We also hope that our efforts can make some contribution to the construction of an ecological city in Shanghai."