It usually takes one to two years for an original musical to be created and finally make it to the public stage. SAIC Shanghai Culture Square’s “A Musical Is Born” was born in just six weeks.

The work, unveiling the backstage stories during the creation of a musical, is being staged at Culture Square today and tomorrow to celebrate the venue’s ninth anniversary.

The musical is based on the theater’s ongoing project to develop original musicals and talent by sponsoring a contest for young people creating new musicals.

“This musical is an off-plan production,” said Fei Yuanhong, general manager of the Culture Square, art supervisor of “A Musical Is Born” and initiator of the original musical development project.

The inspiration behind “A Musical Is Born” came from the Broadway musical “A Chorus Line,” which told the story of 17 Broadway dancers auditioning for spots on a chorus line.

The 1975 production vividly portrayed the performers and the choreographer, showing how the dancer’s lives shaped their desire to become performers.

“The Culture Square’s musical development project has been gathering resources for participants and helping them in the creation of original works,” said Fei. “Every single participant has his or her own distinguished personality, experience and habit, even when they are working together for one production. The diversity leads to conflicts as well as interesting stories.”

He continued: “Audiences are usually presented with the most glamorous side of a stage production. The purpose of this musical is to tell the real stories of the creators and bring them center stage. For the crew of this work, the musical is about their daily lives, and that’s why it could be created and completed in such a short time.”

It was indeed a speedy endeavor. Playwright Fu Zhe took only one week to finish the primary script. All characters were decided by the end of July, and rehearsals started in August.

“There were so many stories arising from the musical creators and performers during the development project,” said Fu. “What I needed was a storyline to pull the material together. The script was revised several times after crew members contributed suggestions based on their own experiences. The musical itself is not part of the development project, but based on it.”

Director Ma Da said he could even find himself in the work.

“In the musical, the director is a self-centered person, whose requirements are often too vague and hard for performers to understand,” said Ma. “I know I’m just like that sometimes. But I’m happy that all the crew members opened up to each other for this production. We share a common desire to create a quality musical that glued everyone together, despite all the diversities, which is also the theme of this musical.”

The songs featured in “A Musical Is Born” are all original creations, covering pop, rap and even traditional opera. Rising musical star singer Jia Fan is taking part in the performance. 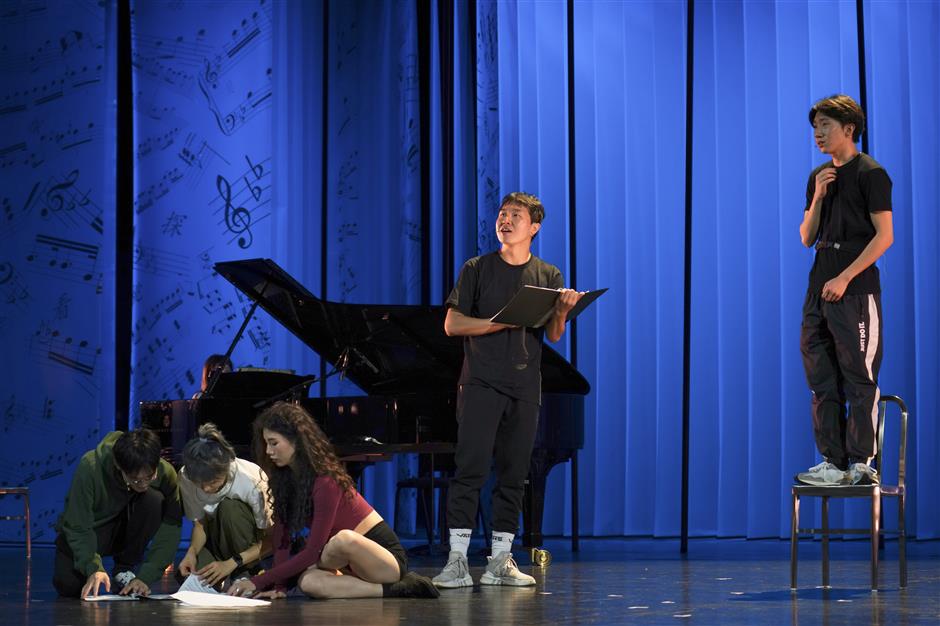 As for the project itself, four original Chinese musicals have made it through to the final stage in a process that started early this year with 147 entries.

“Where Are You” is about misunderstanding and reconciliation between a mother and daughter. “Unable to Access” is a suspense story built around topics such as Internet violence and freedom of speech.

“South Wall Plan” tells the story of a rock music-loving son who refuses to follow in his father’s footsteps in opera. “Two People’s City” is a love story set against the backdrop of Wuhan during the coronavirus epidemic.

In December, each work will present a 40-minute act in the presence of potential investors and stage promoters. From there, if they make it to the public stage, success depends on audiences.