When Josh Selig married a Chinese woman in Beijing last year, his aunt planned to travel from Florida to attend the wedding. Her local travel agent warned her that she would be “accompanied by a representative of the Chinese government every time she left the hotel.”

Selig, 56, an award-winning American TV producer, laughed at the warning and assured her that she would not be under surveillance during the visit.

“These are the kinds of everyday misunderstandings that Americans have about China,” said Selig, founder and chief executive officer of New York-based Little Airplane Productions, a Studio 100 company. 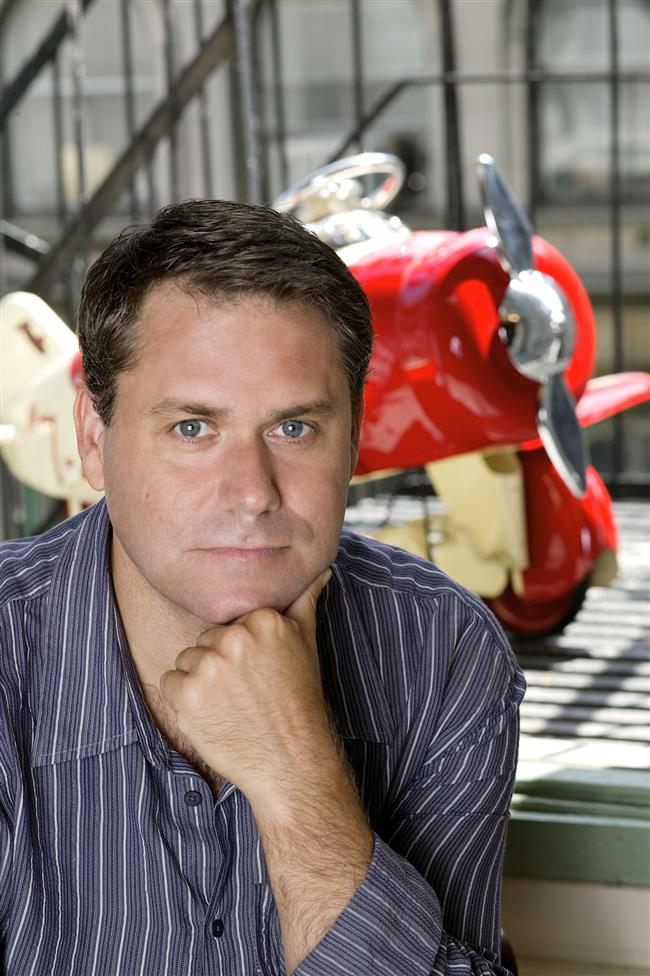 Selig has created an array of award-winning children’s programming for the likes of Nickelodeon, Disney, the BBC and TV networks in Japan, South Korea and Canada. He has won 10 Emmy Awards for his work as a writer on “Sesame Street” and two Emmys for his musical compositions on “Wonder Pets.” Josh has written columns over the years for several publications including C21, Animation Magazine and KidScreen magazine.

His career first took him to China in the 1990s, where he worked on “Zhima Jie,” the Chinese co-production of “Sesame Street.” He has been in and out of the country ever since, working on productions with a variety of Chinese partners.

“Most people in the US are simply unaware that China has become a modern, progressive society, filled with beautiful cities brimming with light, innovation and hope,” he told Shanghai Daily.

Earlier this year, spurred by a friend who voiced negative comments about China, Selig published an article entitled “10 Things I Love about China” in the popular trade journal Animation Magazine.

His list of 10? Trust, patience, humility, discipline, progress, getting around, caring for the poor, respect for the elderly, safety and creativity.

“My hope,” he wrote, “is that I might inspire some of you to visit China because seeing China for yourself is the only way to really get a clear perspective of this unique nation.

Selig based his article on personal experience.

“In many countries, older people are largely hidden away in nursing homes and have little contact with their extended families,” he wrote. “In China, one’s grandparents are revered, and this has a powerful and positive impact on the society. Any morning in China, in any city or town, you can go to a park and see elderly people flying kites, playing mahjong, singing opera and talking proudly about their children and their grandchildren.”

He has visited here many times as his list of Chinese partner companies grew to include media, toys and theme parks.

Selig started his career as a child actor on the first two seasons of “Sesame Street,” later returning to the show as a writer. He has a long list of screen credits for shows he created, including “Oobi,” “Wonder Pets,” “3rd & Bird,” “The Dog & Pony Show” and “Small Potatoes.”

Among his works in China, “P. King Duckling” a co-production with China’s UYoung Media, made history in 2015 when it became Disney Junior’s first acquisition of a Chinese animated series. It premiered on both Disney Junior US and China Central Television. 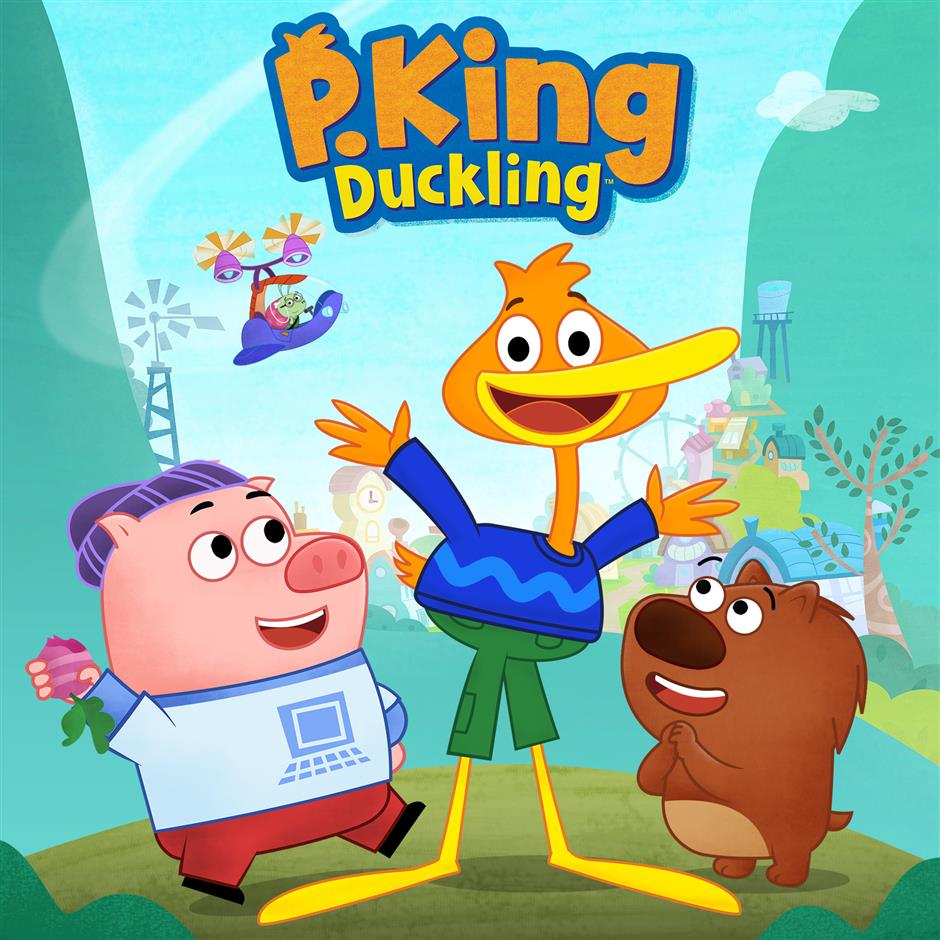 “P. King Duckling” is one of Selig’s works in China.

His magazine “love letter” about China was picked up by Chinese media and became a hit across social media platforms. The instant popularity and vast readership amazed Selig.

“I’m not a political person,” he said. “I love both America and China. And I see so much potential for our two countries to grow and prosper together. Lately, our differences have been exaggerated because the US is in an election year.”

He added: “Hopefully, all the noise and distortion will quiet down soon, and our two countries can get back to doing what we have done so brilliantly and peacefully for the past 70 years — supporting one another, learning from each other and building long-lasting businesses and friendships.”

He said he has heard so many distorted views of China that just don’t match his personal experience.

One of them is: “The entire population of China has been brainwashed into believing that they are happy with their lives and their leaders.”

“In my experience,” said Selig, “most Chinese people are genuinely happy with their lives and their leaders.”

Selig recalled his own first trip to the country as “a revelation.”

“It was the first time that I truly understood that Western culture was simply one approach to life and art, and that Chinese culture offered a different and equally valid approach,” he said.

“There were just so many cultural nuances in these shows, which made them not very relatable to kids from both countries,” he explained.

So he took a different approach and began working with Chinese partners from the very beginning of a show’s development to make certain it would appeal to kids in both countries — a formula he has also found effective in other foreign countries.

His primary focus is on creating and producing original programs for preschoolers, who “have not yet ‘learned’ that they are different from others,” he said.

Their “naivety” makes them open-hearted and open-minded when it comes to kindness and mutual respect.

Selig said mutual respect has been a key factor in getting along with Chinese partners over the years.

“When we did encounter difficulties, we sat down, we talked and we always found solutions,” he said. “Without exception, our Chinese partners have shown us friendship and deep trust.”

The ongoing pandemic hasn’t dimmed his positive outlook on co-productions. Little Airplane is looking for the right local partners for a new show themed on mutual respect. It follows the friendship among a Chinese, a European and an American, who overcome some cultural misunderstanding in each episode.

“We think this is the right time for such a show,” he said. “We believe it could help to foster deeper ties between these three important areas of the world. In order for a project like this to succeed globally, we want to bring together three like-minded studios from three areas who want to create together, learn from one another and achieve win-win results.” 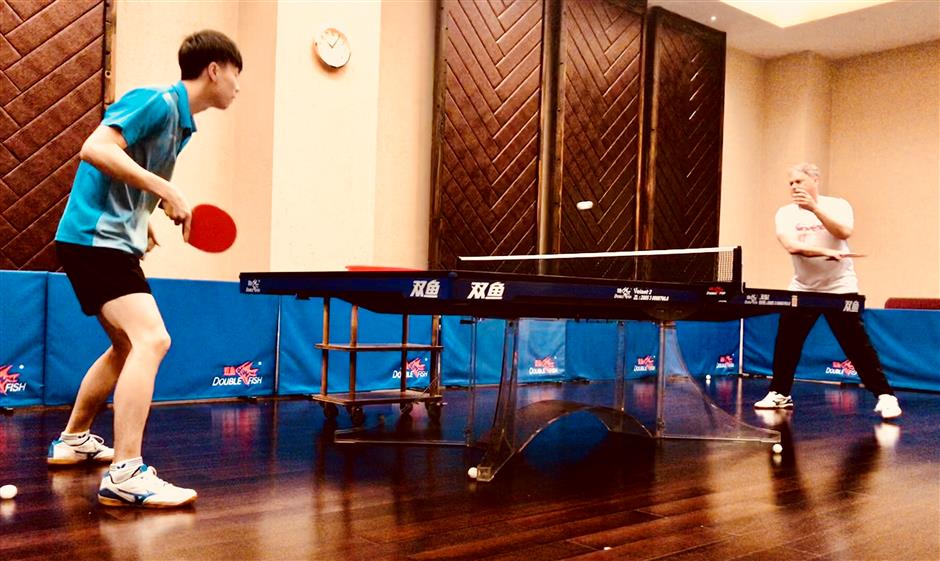 Selig takes time out on a business trip to Guangzhou to play table tennis.