World of acrobatics, magic for all the family

First launched in 2017, the festival has been a popular attraction for visitors who want to experience the traditional recreational activities and entertaining atmosphere Shanghai citizens once enjoyed at the Great World amusement arcade more than a century ago.

This year's festival has tailored a batch of programs suitable for families. The performances will be presented not only on the main stage on the ground floor, but also in the tea house on the second floor and the Modern Theater on the fourth floor. 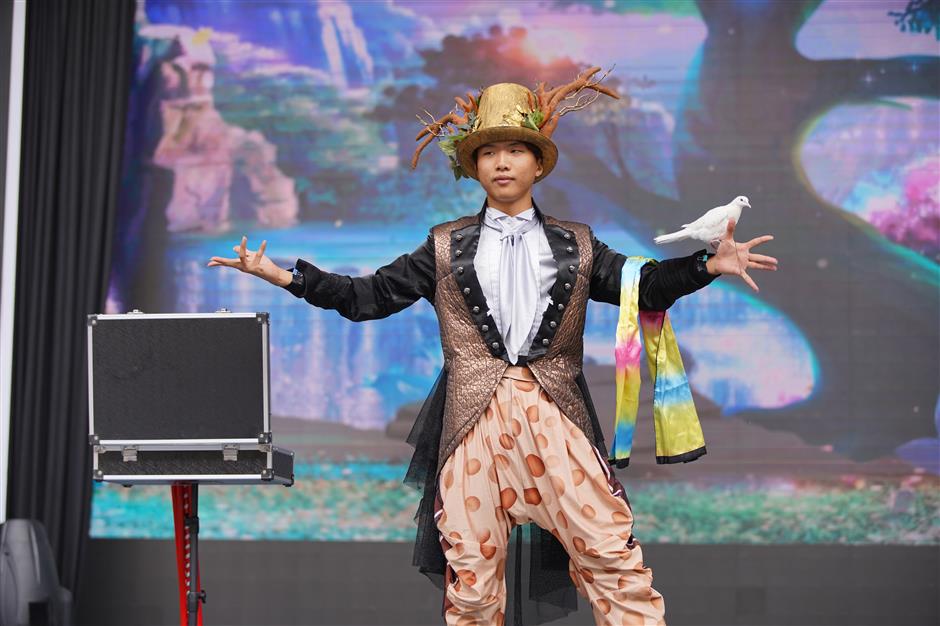 The festival will run through July 12.

"Forest Park," an acrobatic drama popular with children during last year's festival, is staging its upgraded version at the Great World's main stage this year.

Produced by the Kaifeng Acrobatic Troupe, the performance combines acrobatics with magic show, dance and comedy, with an aim to boost children's awareness of ecological problems.

Visitors will also encounter clowns, folk dancers and stilt artists while touring around the Great World. All the performances are accessible to ticket holders, who can check the daily show schedule for show times at the entrance.

The second phase of the festival will be launched in fourth quarter of the year. 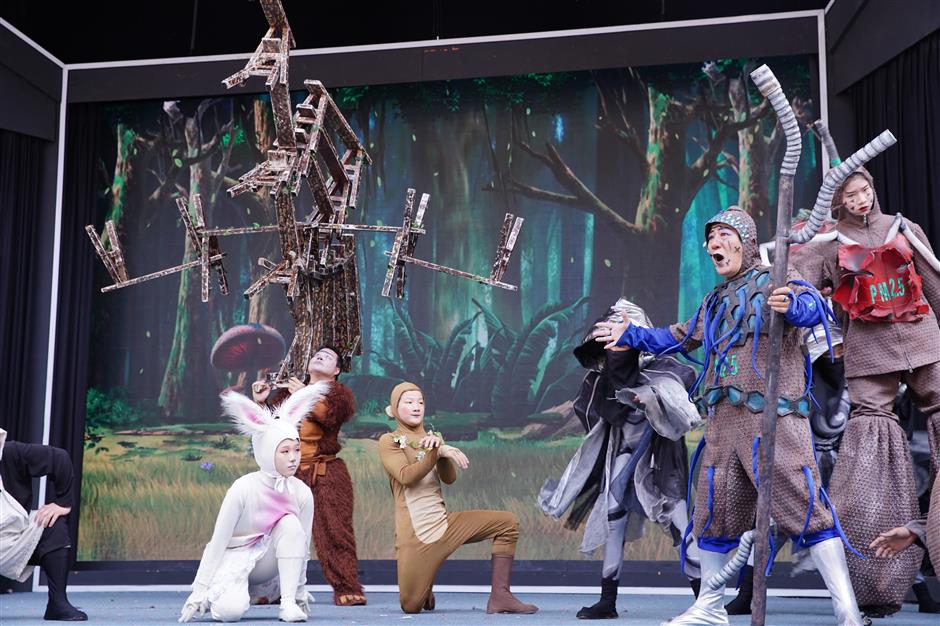 "Forest Park" is an acrobatic drama popular with children.