Set in a world nearing Armageddon against a black pyramid backdrop, the Chinese-language opera braves into this new experiment through seven chapters, each covering a different day, as suggested by its Chinese title "Seven Days," a metaphor for Creation. 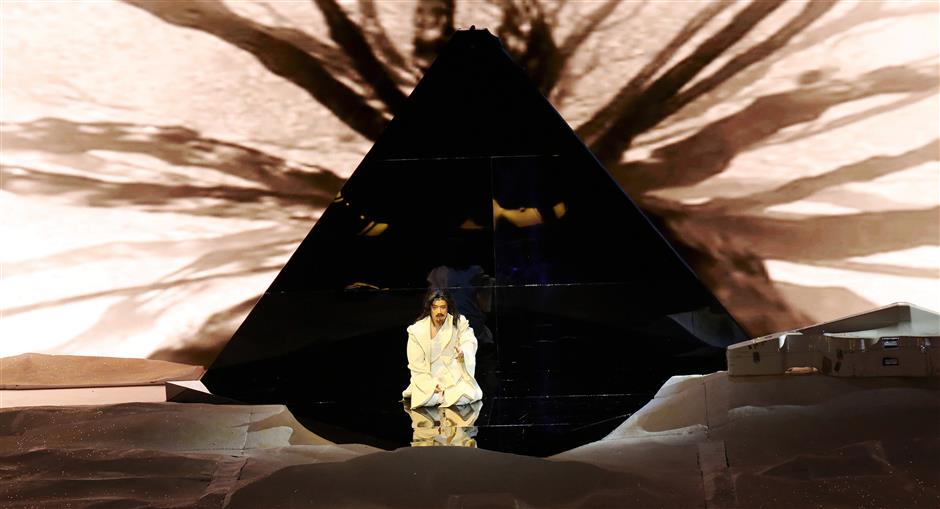 "AI's Variation" is set in a world nearing Armageddon against a black pyramid backdrop.

"At first glance, opera seems to represent the past, and sci-fi the future, truly distant from each other," said Yang. "But they share a similarity – neither is in the present. Sci-fi is difficult to make because audiences expect it to be realistic, so you need to scout for locations that appear unusual and appeal to the imagination. Opera, like science fiction, is abstract, and thus is a good medium for its presentation."

Yang, a film and visual arts director, tried his hand at opera for the first time.

"The reference to Armageddon, symbolized by absolute white, represents the risk of annihilation human beings face by AI. The black pyramid is a mirror in which audiences see their own reflection. The cello case is art – a kind of Noah's Ark and all that biblical reference suggests. Human beings may be destroyed, but art is eternal," he said. 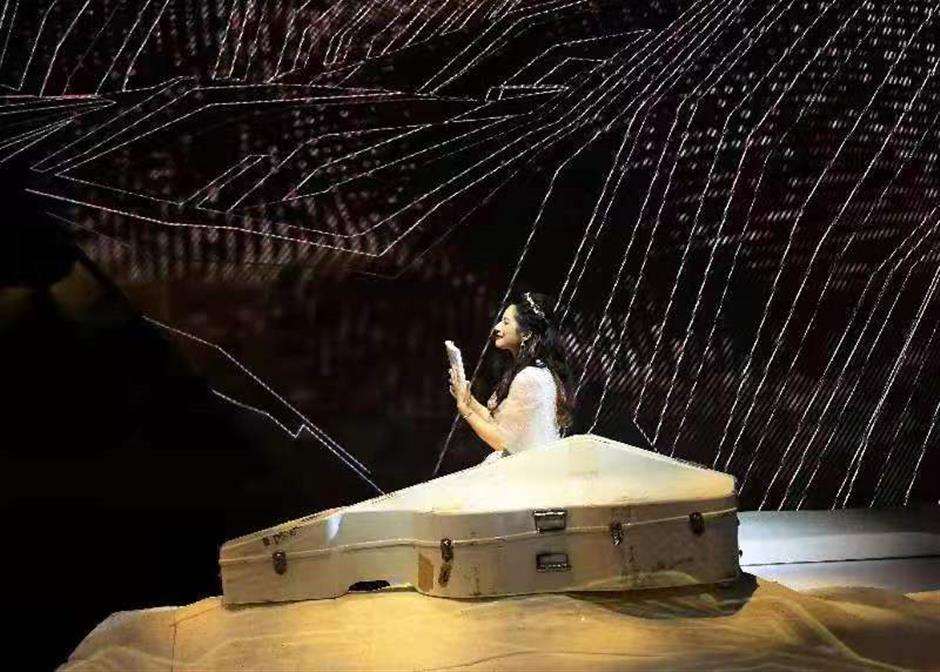 The cello case is art – a kind of Noah's Ark and all that biblical reference suggests.

"AI's Variation" describes a dying artist, both physically and creatively. His secret admirer, a scientist, "saves" him by turning him into AI. His first love rushes to meet him. The three characters recount the same meeting from their own perspectives on days two, four and six, while day one, three and five consist of pure melody; no lyrics.

Sci-fi seems natural for the opera's composer, Hao Weiya, a professor of composition at the Central Conservatory of Music, who has explored themes in Chinese opera, from ancient Chinese legends to contemporary tales.

"Personally, I'm anti-high-tech," Hao explained. "Technology seems useful in helping solve problems, but it is also a giant that invades our personal lives, affecting everything from eating and sleeping to conversing, even sex. I'm always worried about its impact on human beings. I try to bring in different perspectives through the three characters."

He added: "We don't offer clear answers in the opera, but hope to inspire audiences to think for themselves." 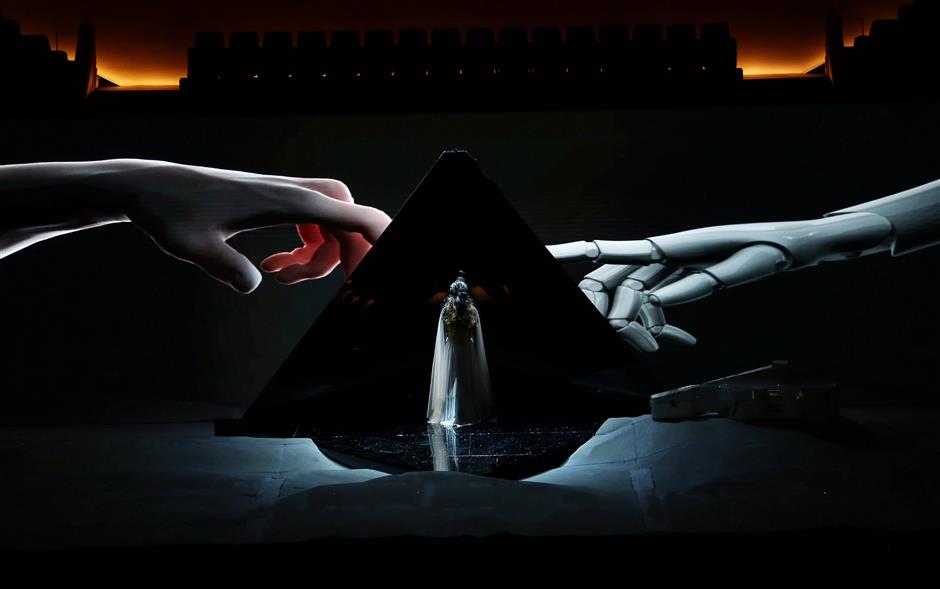 The Chinese-language opera aims to inspire audiences to think about technology's impact on human beings.