Bombed-out library with revolutionary past 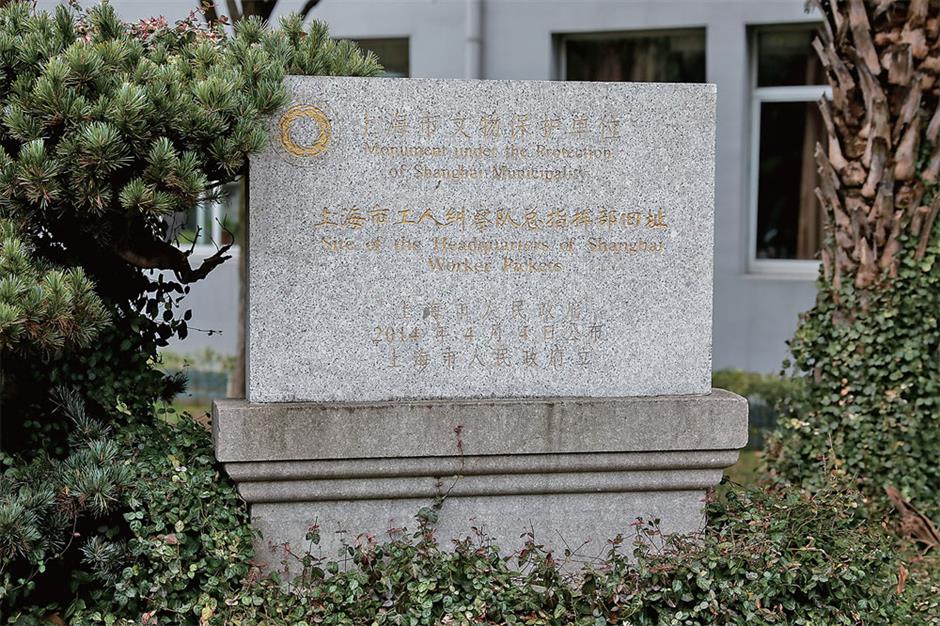 A monument stands at the site of the former Oriental Library, which also served as the headquarters of the armed uprising of workers in 1927 in Shanghai.

THE Oriental Library, considered the most beautiful library in the East in the 1920s, was destroyed by Japanese bombs and arson in 1932 at the height of the First Battle of Shanghai in the China’s War of Resistance Against Japanese Aggression (1931-1945).

The historical site today is marked by a monument on the grounds of a vocational school on Baoshan Road in Jing’an District.

More than just a repository of knowledge, the library also once served as the headquarters of an armed uprising of workers in Shanghai, led by Zhou Enlai, who became the first premier of China.

Built by the Commercial Press and opened to the public in 1926, the five-floor library served about 30,000 people a year before its destruction. Most of its collection came from publisher Zhang Yuanji and from donations at home and abroad. At its height, the collection numbered more than 510,000 volumes.

Some of the more renowned tomes included those of Mao Dun, a novelist who once worked for the Commercial Press.

Alongside ancient texts were foreign and domestic books espousing communist doctrine and the global revolutionary cause.

“The Commercial Press at that time was not only a gathering place for workers but also for intellectuals,” said Wang Yaohua of Shanghai’s publishing industry association, who has written several books on the publishing history of the city.

“Most of them were knowledgeable and yearning for a better life and society,” he said. “It was easy for them to embrace communist theories.”

The Oriental Library not only provided a wellhead of revolutionary ideas, but has also played a significant role in the Chinese Communist Party’s victorious third armed uprising of workers.

In February 1927, some 360,000 workers in Shanghai staged a strike in support of the Party. The walkout later turned into the second uprising organized by the Party, though it was brutally quelled by armed troops from enemy warlords.

During what was one of the city’s darkest periods, the Party decided to stage a third armed uprising on March 21, 1927. Zhou Enlai and Zhao Shiyan were the frontline leaders.

More than 5,000 workers from power stations, silk factories, gold and silversmiths and other labor units took up their positions and recovered lost ground in the city from the enemy. 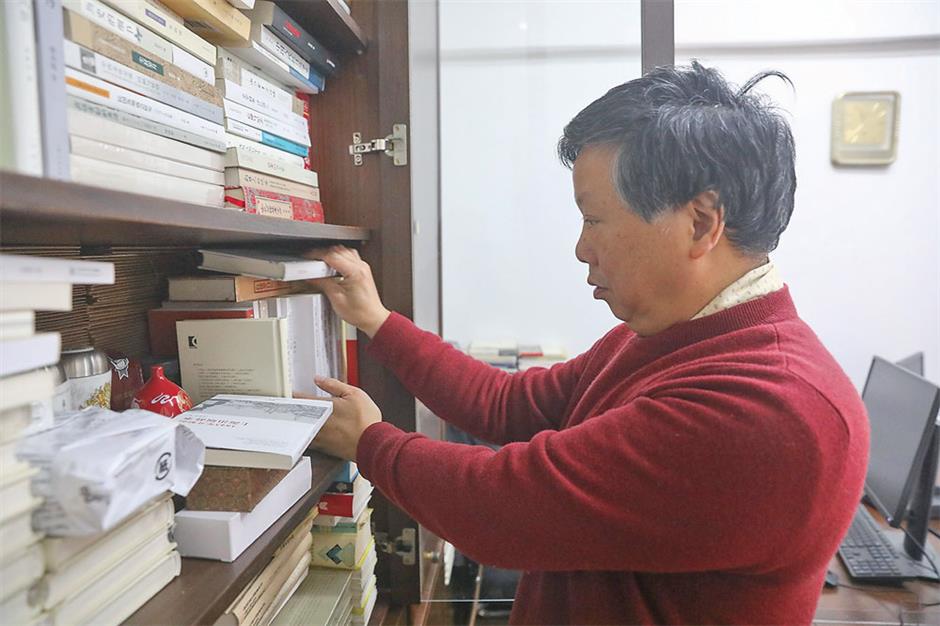 Wang Yaohua, vice president of Shanghai’s publishing industry association, looks for books about the Oriental Library in his office.

The Zhabei area, however, proved a tough nut to crack. One of the picketing teams there was comprised mainly of printers from the Commercial Press.

The Oriental Library, at that time, was an excellent site to defend but a hard one to attack because of its special structure and abundant armory. To protect rare books in the library, workers chose not to attack, but rather surrounded the building.

The stalemate lasted overnight. The next day, when reinforcements failed to materialize, enemy forces inside the library tried to retreat through a back door. They were captured by the workers, and the library fell back into the hands of the revolutionaries.

After that, the building became the headquarters for a siege on the enemy at the North Railway Station. The assault was led by Zhou Enlai.

“Using the building as headquarters probably had to do with the number of workers from the Commercial Press and their high sense of politics,” Wang said. “Well-known communists like Chen Yun (a Party patriarch) and Mao Dun were both in that group.”

After the library was bombed by Japanese in 1932, it was set alight. Many rare books were reduced to ash. Suspicion at the time blamed the fire on Japanese ronin, or masterless samurais, who didn’t think the bombing had destroyed the building enough. 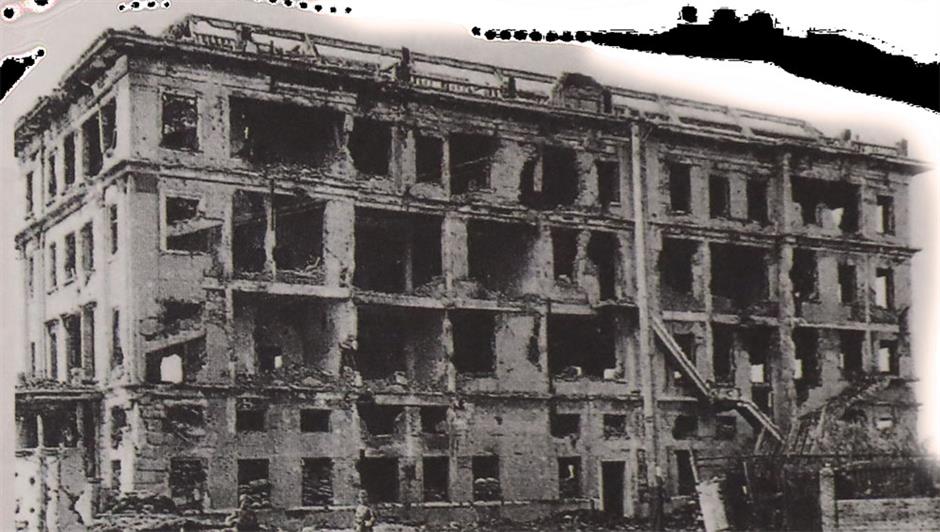 The bombed exterior of the Oriental Library during the First Battle of Shanghai in the China’s War of Resistance Against Japanese Aggression (1931-1945).

The charred remains of the Oriental Library stood for years as a stark reminder of a vicious enemy, according to a report in the old Shanghai Evening Post & Mercury.

“When I wandered through the ruins, my mind went to the countless lost precious books,” wrote a newspaper reporter. “That one day, they all became sacrifices to the god of war.”

Wu Tiecheng, mayor of Shanghai in those years, said in a speech that without any Japanese declaration of war, thousands of buildings in Jiangwan town and Zhabei District had still been razed.

Cultural institutions like the Commercial Press, the Oriental Library and colleges became targets of Japanese bombs and arson.

The press and library staff expressed a deep sense of grief over the loss of their beloved building. In 1933, the Commercial Press set up a Revival Committee for the library. Committee members included the revered educator Cai Yuanpei, author Hu Shi, former library curator Wang Yunwu and banker Chen Guangfu.

In the following year, the committee accepted donations of 3,000 books from German academic societies, and 1,000 books from French charities. The books, along with others that were amassed, were all donated to the government after liberation in 1949.

Shanghai Daily visited the monument at the Shanghai Shibei Vocational High School one Wednesday afternoon. It sits on a quiet grassy area surrounded by woods and serves as a reminder to later generations of the heroism and dedication of citizens who helped build modern-day China.

“Some people come here during the Qingming Festival,” a security guard of the school told Shanghai Daily.