The smallest, the biggest and the most expensive on show

Yesterday was a day of extremes as we scoured the eight halls for the tiniest, largest and most expensive items on display here at the China International Import Expo.

Some of the treasures we found hope to change the world for some, while others can churn out precision-made components or get you where you need to be in comfort.

First up was the Micra pacemaker which, while currently undertaking a global trial, hopes to change the lives of those needing such devices to stay alive and healthy. Headquartered in the United States, Medtronic produces this tiny device, which is 93 percent smaller than the current pacemakers on the market.

Normal pacemakers require leads and other components to stay functional, but the Micra one is fully self-contained and can be implanted without leaving any bumps in the skin or scaring.

Currently, the device is undergoing a 725-patient global trial, and the results are looking promising. So far, the implant success rate stands at 99.2 percent. 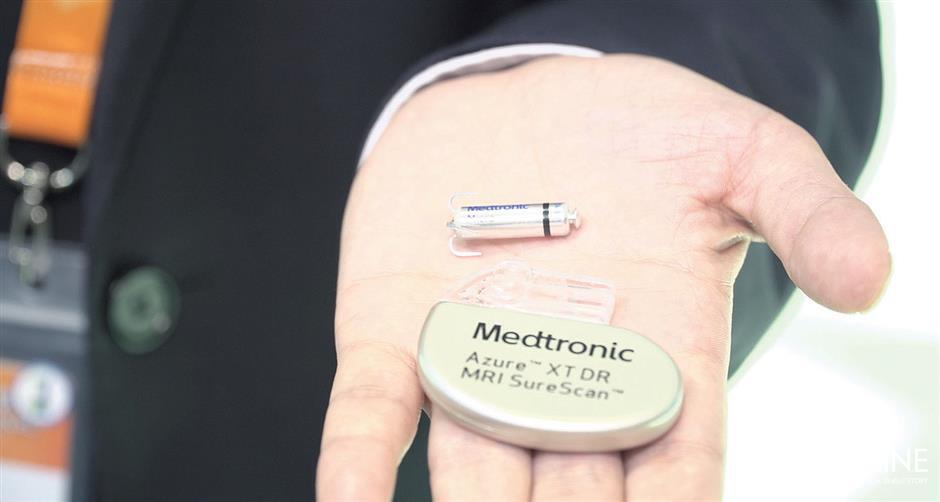 The Micra pacemaker hopes to change the lives of those needing such devices to stay alive and healthy. Headquartered in the United States, Medtronic produces this tiny device (above object in hand), which is 93 percent smaller than the current pacemakers on the market (larger object in hand).

Xie Lujia from Medtronic had a real spark in his eye when telling me that they really feel this device will change a lot of lives when it is introduced into China.

Next up we went in search of the expo’s largest product on display. To be honest, it was hard to miss!

The Taurus precision milling machine is a massive hunk of metal which can churn out top-quality, highly accurate parts for things like diesel engines. Falk Herkner from Germany’s Waldrich Coburg told me that the 200-ton machine took more than a month to ship to China for the expo — in 12 shipping containers.

He said the company has a lot to offer China because, despite being more expensive than similar machines available in China today, the Taurus lasts much longer and can produce much more accurate parts. It’s a no-brainer, he smiled. 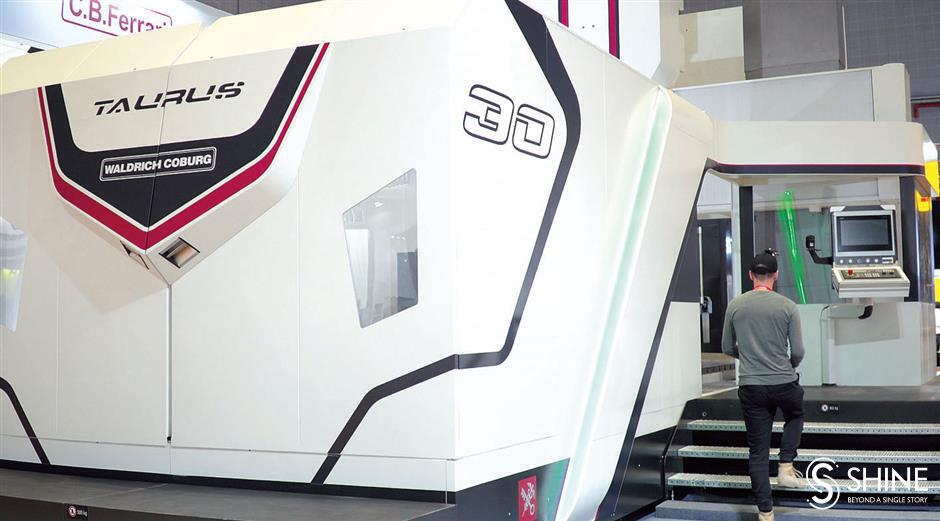 According to Falk Herkner from Germany’s Waldrich Coburg, it took more than a month and 12 shipping containers to get the 200-ton Taurus precision milling machine to China for the import expo.

I didn’t ask him how much one of the machines would set me back, because I already knew that the most expensive single item on display at the import expo was calling my name from the next hall.

That’s when we scooted over to have a chat with Joey Jin at Leonardo Helicopters. “Do you have an appointment?” she asked when I requested a quick interview. Maybe she could tell I didn’t have US$29 million to splash out of one of their AW189 helicopters all the way from Italy. 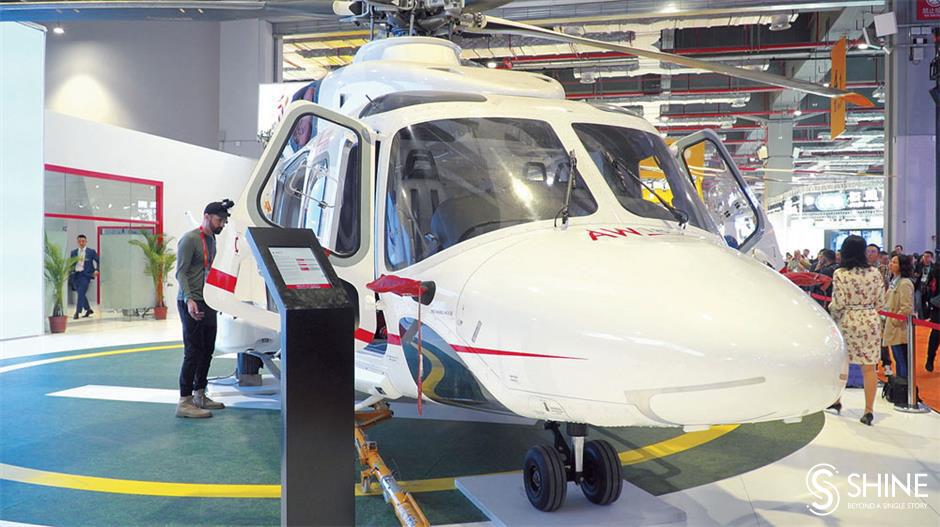 Andy Boreham tries to get into the AW189, the most expensive single item on display at the import expo. According to its Italian producer, the versatile helicopter, worth US$29 million, has the largest passenger cabin in its class and can accommodate passengers in luxury.

Luckily she agreed to give us a few minutes of her precious time, and a quick tour.

The AW189 is a versatile helicopter, she said, with multiple uses. Some clients purchase it to use as a VIP transport vehicle — this chopper has the largest passenger cabin in its class and can accommodate passengers in luxury. But others trust its reliability and high performance by utilizing it as a rescue helicopter.

Either way, the AW189 is a sight to behold, and I could really appreciate the fine Italian craftsmanship, even when I sat in one of the choppers configured for rescue operations.

But, alas, I am holding on to my cash, at least for now. It’s early days yet, and the import expo still harbors a bunch of treasures I’ve yet to discover.