City gears up for WorldSkills competition 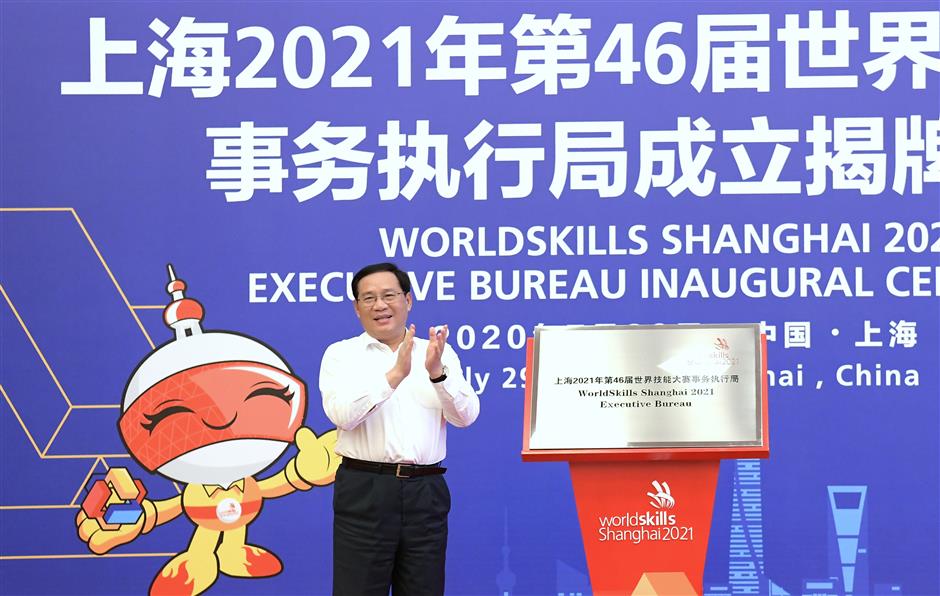 Shanghai will host the 46th WorldSkills Competition, the highest-level skills competition in the world, in September next year.

The executive bureau will be a temporary organization to make preparations and run the event.

Tang read a congratulatory letter from the WorldSkills International at the ceremony.

Gong said China attached great importance to organizing the event known as the “Olympics for skills” and President Xi Jinping had repeatedly called for meticulous preparation for the event to boost exchanges and mutual learning with other countries and demonstrate China's vocational training achievements.

Gong said Shanghai is honored to shoulder its responsibility as host city and will be meticulous in preventing COVID-19 and in preparing for the competition under the guidance of the 46th WorldSkills Competition leadership and with direction and support from China’s Ministry of Human Resources and Social Security.