Patients with multiple cancerous nodules in the lungs or who can’t receive lung cancer surgery due to age or poor health can be treated with ablation, according to doctors from Shanghai Chest Hospital on Tuesday, International Lung Cancer Day.

A 62-year-old woman with early-stage lung cancer had surgery and chemotherapy at the hospital last year. However, checks in November found more cancer in her lungs and she was diagnosed with multiple primary lung cancer.

Early treatment is important, but the patient couldn’t stand another operation after her previous surgery and chemotherapy. It is also difficult to cut the lung tissue frequently.

“Ablation also can activate patients’ own immunity to help fight cancerous cells,” said Dr Zhong Hua, director of the hospital’s respiratory department. “There are more patients being detected with multiple primary lung cancer. It is hard to carry out repeated surgery to remove cancerous tissue, so ablation offers hope for patients who can’t receive repeated surgery and who are old or have other complications.

“With the precise treatment of lung cancer, more useful therapies are and will be introduced on patients to save their life and improve their quality of life,” Zhong said. 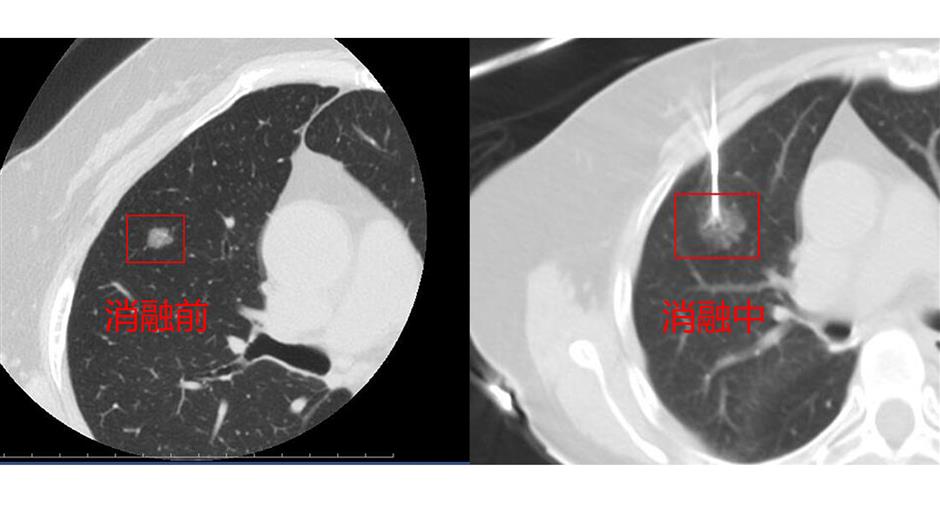 The cancerous nodule before ablation (left); the nodule being ablated (right)