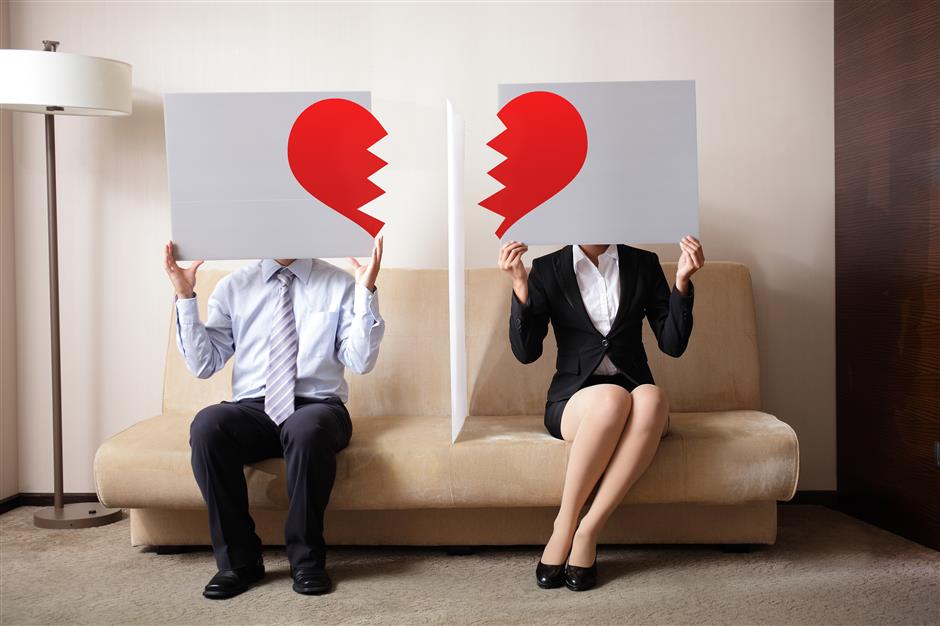 Beginning next year when China's Civil Code is implemented, couples seeking a divorce will need to submit a divorce registration application at marriage registration centers and wait 30 days, with the intent of preventing emotionally charged divorces, Shanghai's civil affairs authorities announced on Tuesday.

The city's new practice follows the implementation of China's first-ever civil code, which sets a 30-day grace period that allows couples to reconsider their divorce applications.

Either member of a couple can retract a divorce application within 30 days of submitting it.

If the divorce application isn't retracted after 30 days, the couple must visit a marriage registration institution together to apply for a divorce certificate within the next 30 days.

Reviews will be conducted and the divorce will be registered when the divorce certificate is issued.

If a couple doesn't visit a marriage registration institution in the second 30-day period, their divorce application will be withdrawn.

The cooling-off period will save some marriages because the decision to divorce can be made too hastily, experts say.

Among couples who divorced last year, 6,800 resorted to courts.

A total of 98,700 couples tied the knot in Shanghai last year, a decrease of 6.09 percent from a year earlier.

The initiative aims to promote core socialist values, the harmony and stability of marriage, social morality and family virtues, and the culture of marriage, said Zhu Qinhao, director of the bureau.

Online marriage counselling services will be launched next year, and a marriage information database will be established, bringing an online question and answer section to marriage registration service affairs.