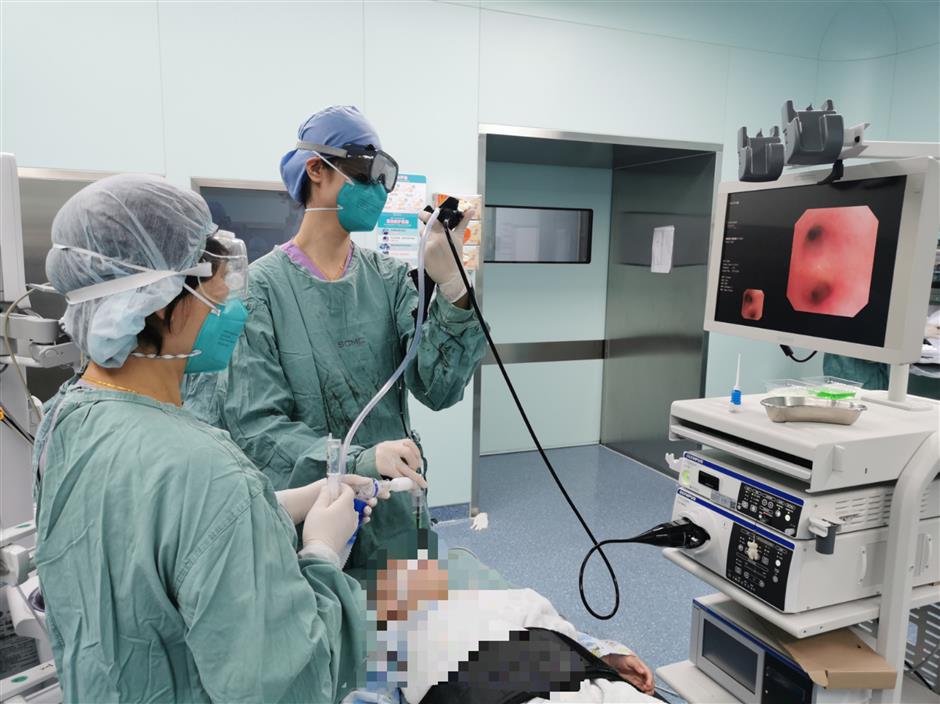 Doctors from Shanghai Children's Medical Center use an endoscope to remove the foreign object stuck in the boy's airway.

The boy was sent to the medical center after suffering repeated pneumonia for three months. He had a cough and shortness of breath and an X-ray revealed a shadow near the entrance to his left lung.

A CT scan found the airway completely blocked by the item, which had become embedded in nearby soft tissue.

Using an endoscope, doctors removed a diode that was 12 millimeters long and 8 millimeters wide. It could have been part of a toy, doctors said.

The operation took place without incident and the boy is recovering well.

Young children should not be eating nuts or similar foods that could get stuck in the throat, the doctor said. Parents should also prevent children playing with very small toys or toys with parts that can become detached.

It is also important that children don’t talk while eating or exercise soon after eating.

“If children suffer repeated pneumonia and treatment is not effecting, parents should consider the inhalation of foreign objects,” Zhang said. “If detecting such a situation, it is important to help children stay quiet and send them to hospital at once.” 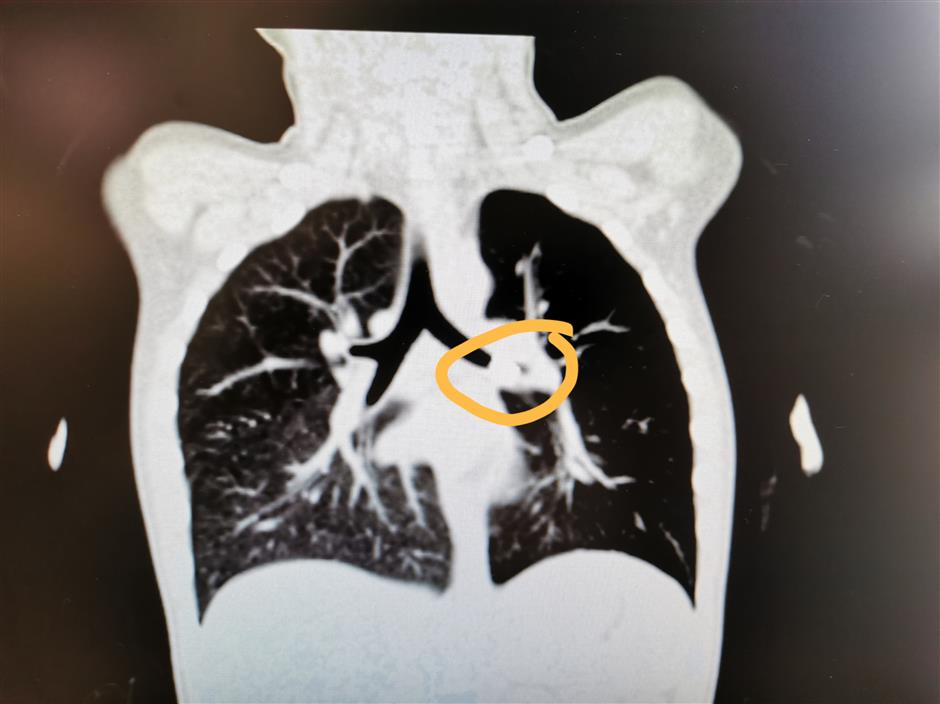 The foreign object shows up in the CT scan. 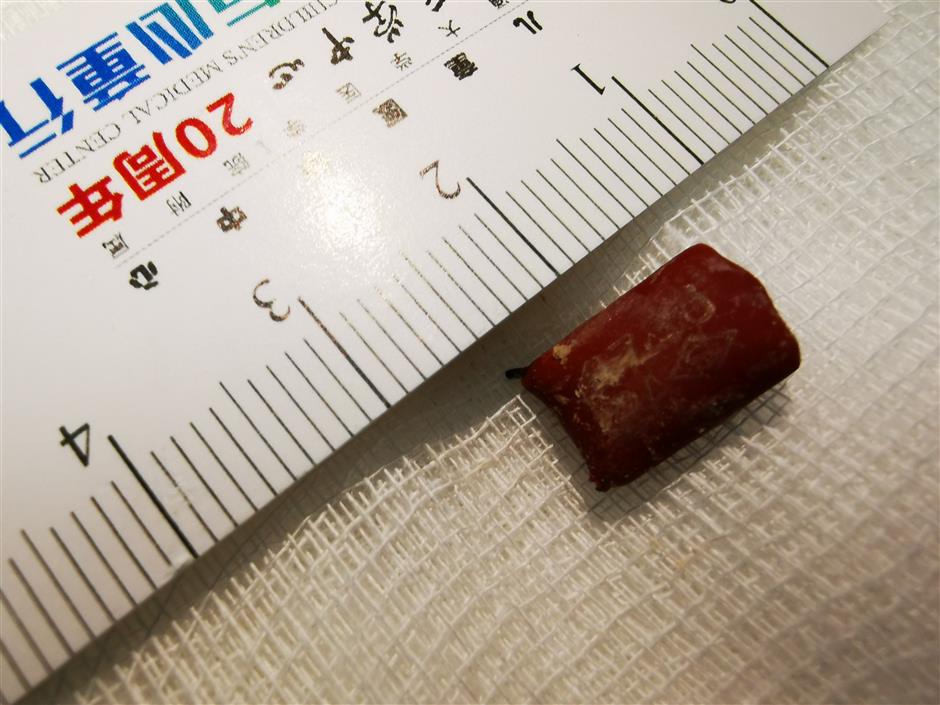 The diode removed from the boy's airway.