A mystery surrounding a woman who suffered from years of abdominal sickness that doctors suspected was caused by bladder stones was finally solved. The culprit was her missing contraceptive ring.

The woman went to Renji Hospital for the “bladder stone," which doctors discovered was not that simple.

“The patient's symptoms were not typical for bladder stones, so a more detailed examination was conducted,” said Dr Xia Lei of Renji's urology department.

A CT scan found there was a metal thread penetrating the bladder stone, like a ring embedded on the bladder wall. When asked, the woman said she received a contraceptive ring about 20 years ago, but a follow-up examination failed to find the ring.

Doctors said the ring must have fallen off and penetrated the womb wall, moving onto the bladder and creating problems.

Doctors conducted a minimally invasive surgery to remove the ring.

“The chance of a contraceptive ring penetrating a womb wall is less than one in a thousand, and it's even more rare for a ring to move into the bladder and create a stone,” Xia said. 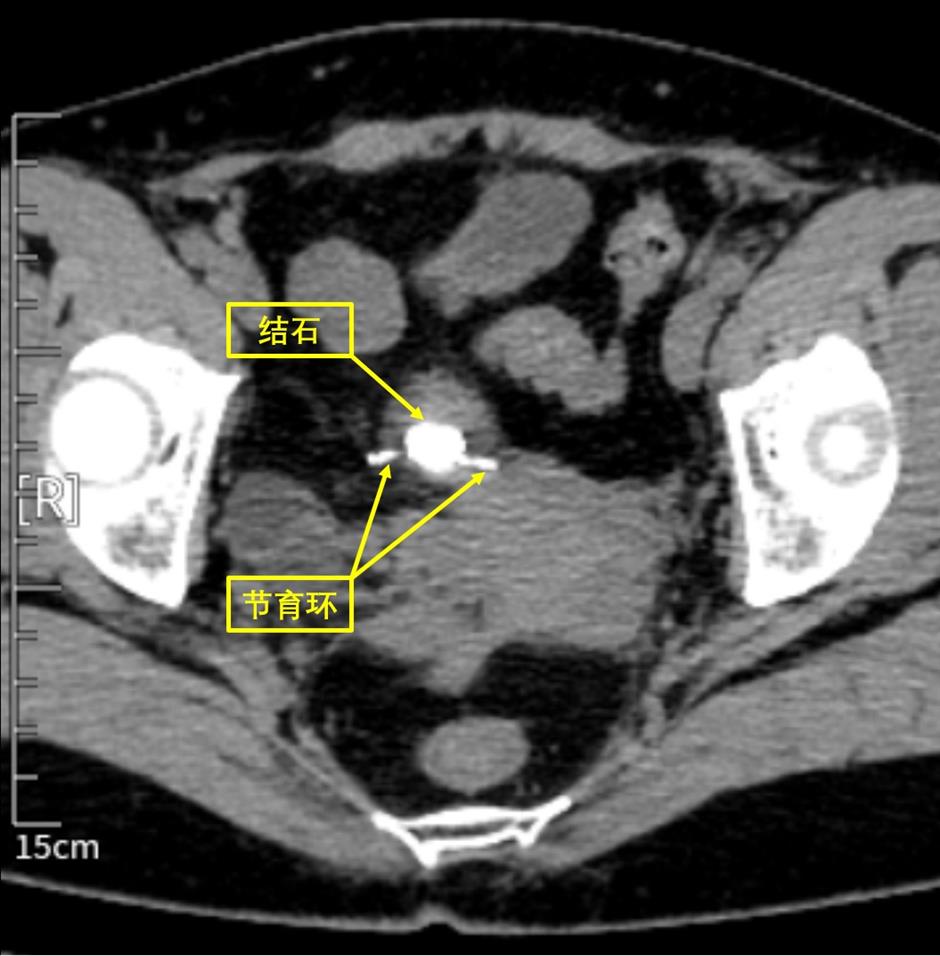 The stone and contraceptive ring.