It is the world’s first such therapy combining immunotherapy and targeted drugs that inhibit the formation of new blood vessels in tumors, creating a new approach to non-chemotherapy treatments, medical experts from Shanghai Chest Hospital said today.

“Since I was in charge of the domestic development of the new drug that inhibits new blood vessels from forming, we have been working on new treatments that bring more benefits to patients while avoiding the adverse side effects of chemotherapy,” said Dr Han Baohui of Shanghai Chest Hospital. “We chose two domestic medications with good results to offer a new solution to patients.”

During the first round of clinical trials in late 2018, all 22 participants reported their tumors were under control, including 72.7 percent where the cancer was reduced by at least 30 percent. The average survival rate without cancer reemergence was 15 months, and 95.5 percent of patients have survived for at least 12 months.

“The safety of the treatment has been confirmed, and it's expected to improve the survival rates and quality of life for terminal lung cancer patients,” Han said. “A second round of clinical trials on 100 patients in six hospitals across China will be carried out soon.”

A patient surnamed Wang said he has led a healthy life since receiving the new treatment. 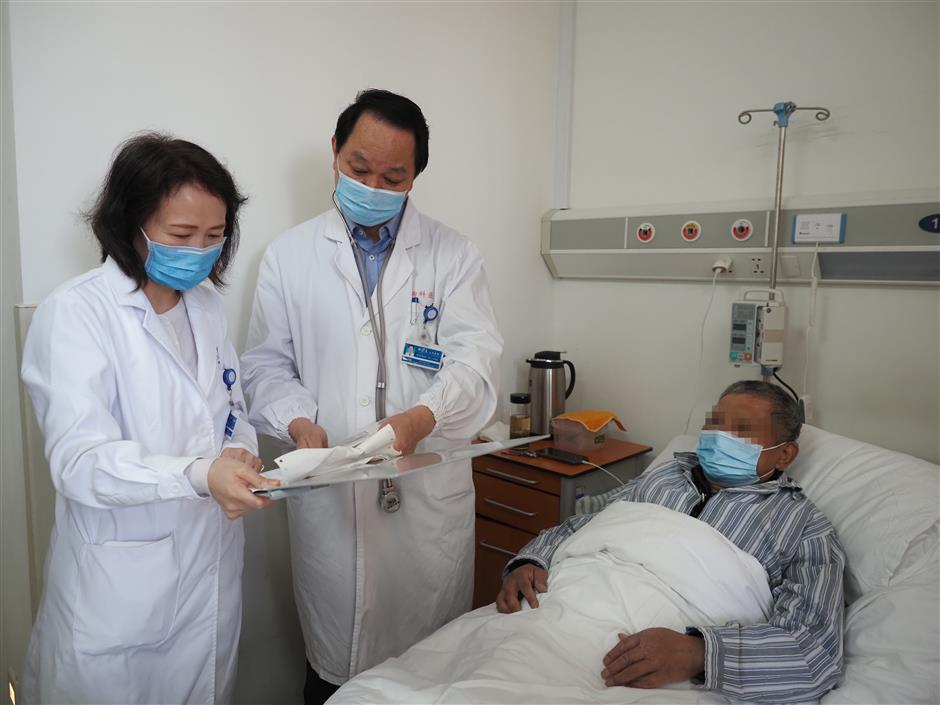