Eighteen Tibetan children with congenital heart disease who have received charity surgery in Shanghai took a tour around the city over the weekend accompanied by hospital volunteers ahead of Children's Day on Tuesday.

The children toured around the city on a double-decker bus to celebrate their recoveries and the upcoming holiday.

Thanks to a charity program, doctors from Shanghai Yodak Cardio-Thoracic Hospital traveled to Nagqu in the Tibet Autonomous Region in late April to screen local children from low-income families. Among the 150 children who were screened, 48 were diagnosed with congenital heart disease and will be sent to Shanghai in groups for charity surgery.

The first group of 18 children arrived in Shanghai in early May. All have had successful surgeries and will be discharged soon, hospital officials said.

According to experts, Nagqu's high altitude and oxygen deficit lead to a high prevalence of congenital heart disease. Local children's incidence rate is about 10 times higher than those in non-mountainous areas. Poor economic conditions and medical services in Nagqu prevent many children from receiving timely treatment.

"Through the charity program, we want to achieve early detection, diagnosis and treatment for children with congenital heart disease in Nagqu to help them have happy lives," said Li Ji of Shanghai Yodak's medical cooperation department. 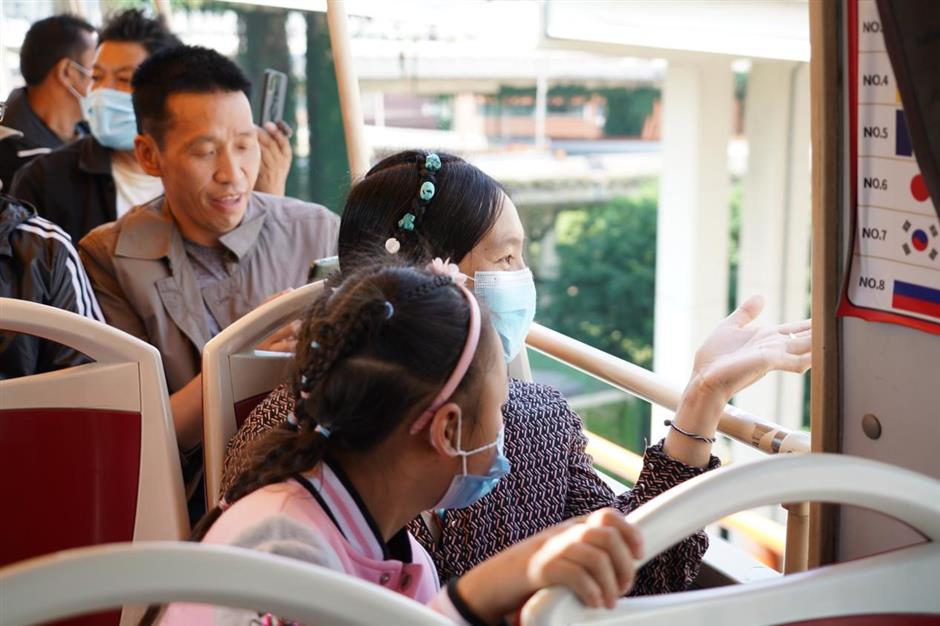 Tibetan children touring the city on a double-decker bus.