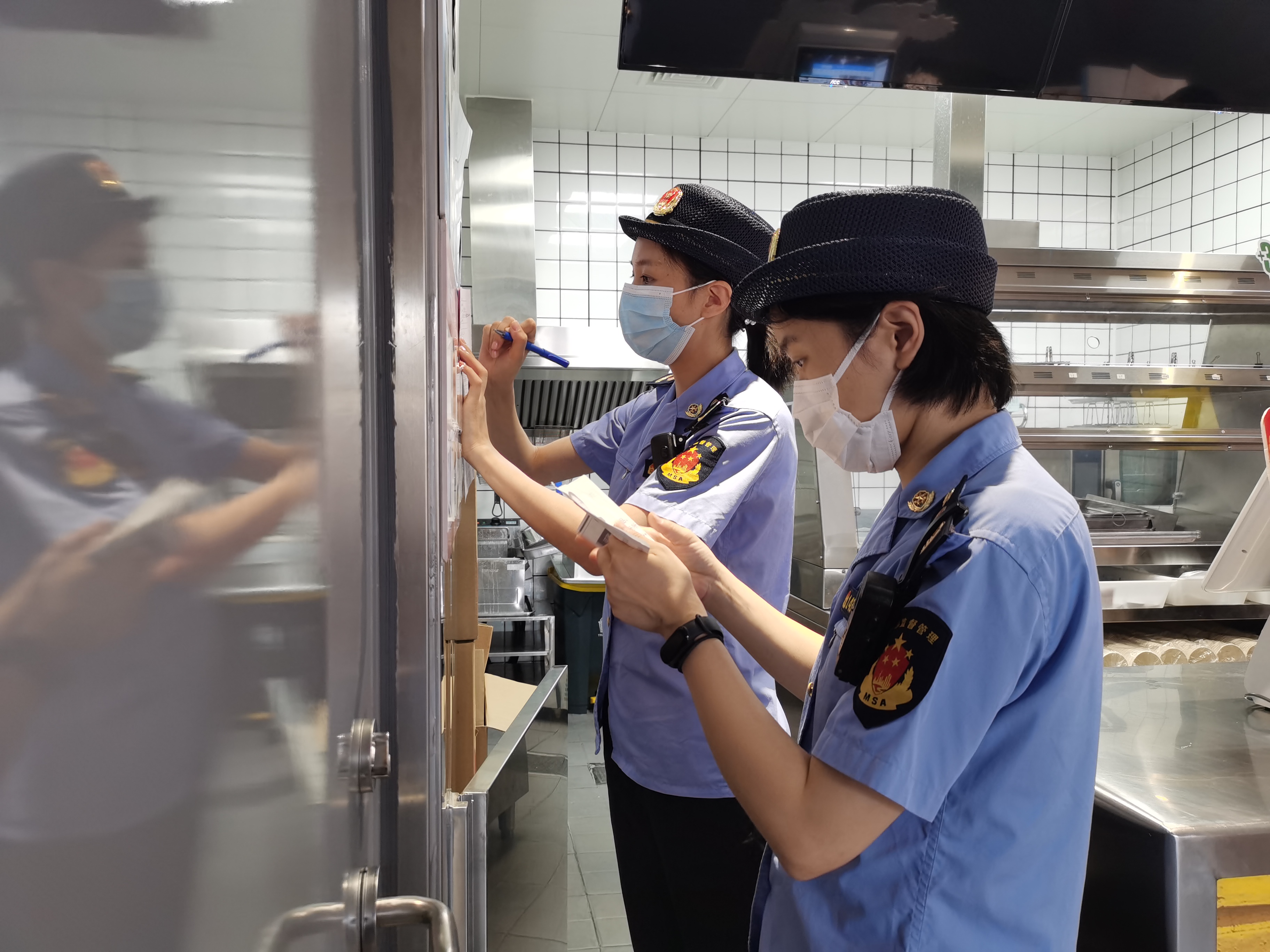 Three outlets of a burger and chicken chain restaurant in Shanghai will be hit with fines following a weekend swoop inspection by the market watchdog after the company became entangled in a food safety scandal.

A recent video shot by a vlogger at the Huoying outlet in Beijing of Wallace, a popular chain of restaurants, depicted a number of serious hygiene issues, such as staff serving customers with chicken nuggets that had fallen to the ground and detergent dripping into a frying pan.

There were also examples of flies on chicken ingredients, excessive use of cooking oil, and workers making burgers and fried chicken without wearing masks and gloves.

The video reported the outlet's daily sales volume was 26,000 yuan (US$4,014), ranking it No. 1 among fried chicken restaurants on food delivery platforms.

Many netizens said they suffered from diarrhea after dining at Wallace following release of the video. Authorities suspended operations at the Huoying outlet so the issues could be rectified. The restaurant has issued a statement of apology.

Market regulators in Shanghai inspected 174 outlets of Wallace across the city over the weekend, targeting hygiene conditions, food processing and staff health management, the Shanghai Administration for Market Regulation said on Sunday night.

Problems were identified at a few outlets, including food safety records, health certificates of workers, and uncovered garbage bins, according to the administration.

Three outlets will be fined and an investigation is underway, the administration said. It also has ordered Shanghai-headquartered Wallace to undertake self-assessments, make rectification, and enhance management and training of its workers.