City parks closed as precautions in hand for typhoon 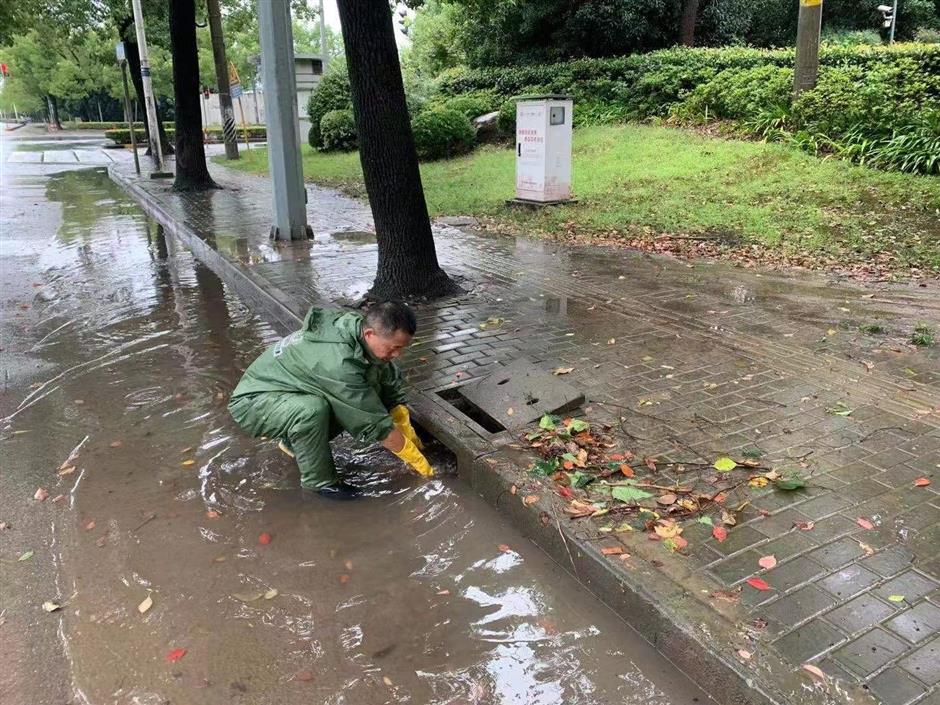 A worker clears a storm water drain at Pujiang Town in Minhang District. 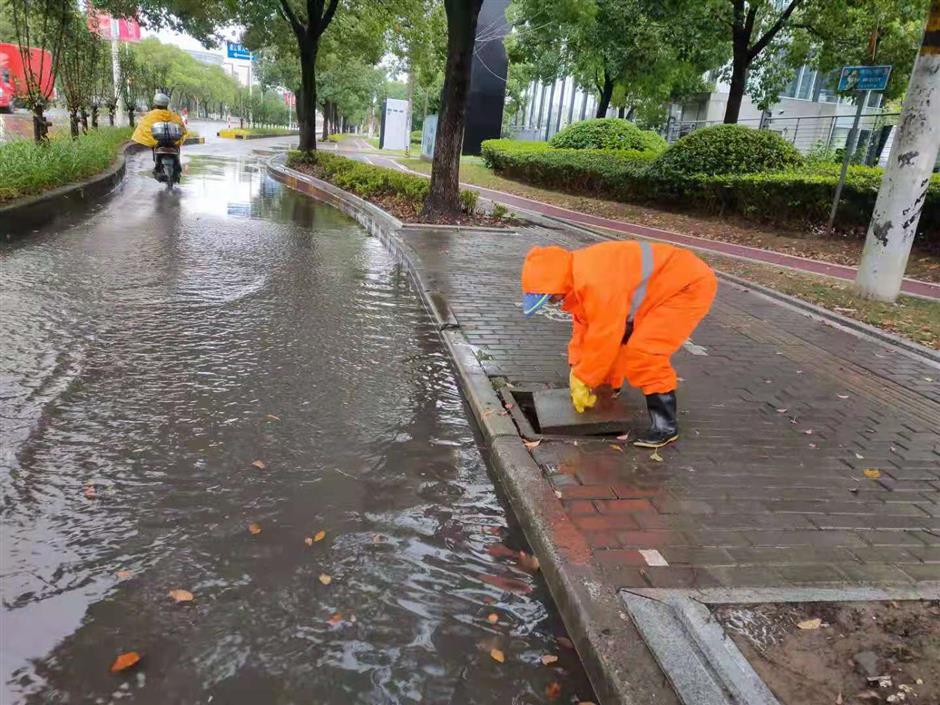 All city parks as well as all outdoor tourist attractions and cultural venues will be closed on Sunday and Monday due to Typhoon In-Fa.

As of Saturday midnight, about 130,000 trees have been affected by storms, with about 27,000 cleared and 97,000 having branches trimmed, according to the Shanghai Greenery and Public Sanitation Bureau.

About 23,000 sanitation workers have cleaned 1,201 streets vulnerable to flooding, and fallen leaves, garbage and sludge at 173,000 drainage outlets has been cleared.

A total of 110 advertisement boards and 799 signboards for businesses have been dismantled as they posed a safety risk.

Another 650 temporary advertisement facilities have been dismantled.

Warning signs have been set up, and patrols have been enhanced at parks to prevent people from entering, the bureau said.