As Typhoon In-Fa nears, bringing with it gales and downpours, how will Shanghai's farm crops fare?

I was so worried that I went to several villages in suburban Shanghai this morning, when the power of In-Fa was beginning to be felt. To my surprise, all the rice and vegetable fields I visited were doing well, except that some corn stalks had fallen.

Against the relentless lash of wind and rain, an old couple were still tending their crops in a vegetable field in Liuxia Village, Qingpu District. As they finished the work and were ready to leave, I struck a short conversation with them.

"How is your field? Is it drowned because of the typhoon?" I asked. I had heard of inundated farms in some other regions a few days before.

"No, our field is fine," said the couple simultaneously. "The rain water just flew away along various ditches or has been pumped out into nearby rivers."

Indeed, as I looked around, I found rivers constantly receiving water from nearby farms through a number of plastic pipes.

To prepare for the typhoon, Shanghai has significantly lowered the level of its rivers to accommodate possible downpours.

According to the latest government information, Shanghai has discharged 300 million cubic meters of water to keep its rivers at a reasonable low level. And in Qingpu District alone, 139 high-powered water pumps have been put to work to divest river waters.

Nature can wreak havoc, but man is never left powerless. Let's be diligent and do our best to minimize the natural hazards.

The photos and videos were taken this morning in Liuxia Village, an ancient agricultural region with a history of more than 2,500 years. The other villages I visited included Fangxia Village, Hemu Village and Zhongbu Village. 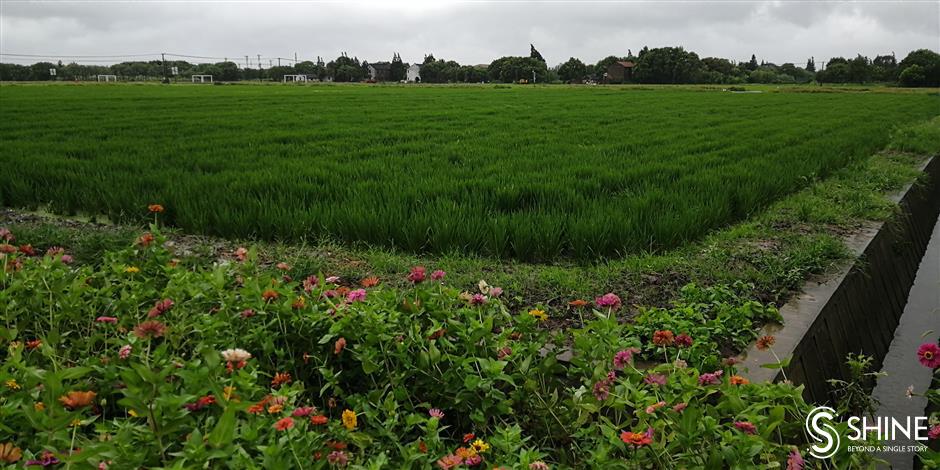 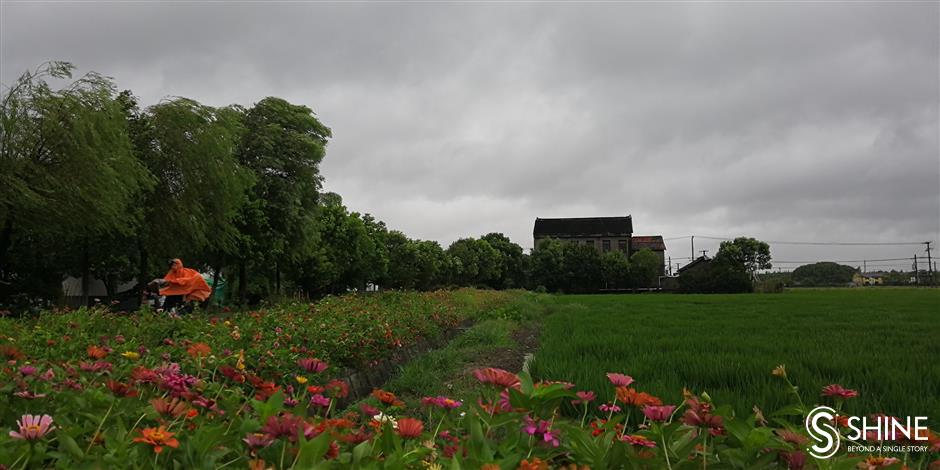 A gale sweeps over the vast rice field as a biker pedals her way to shelter. 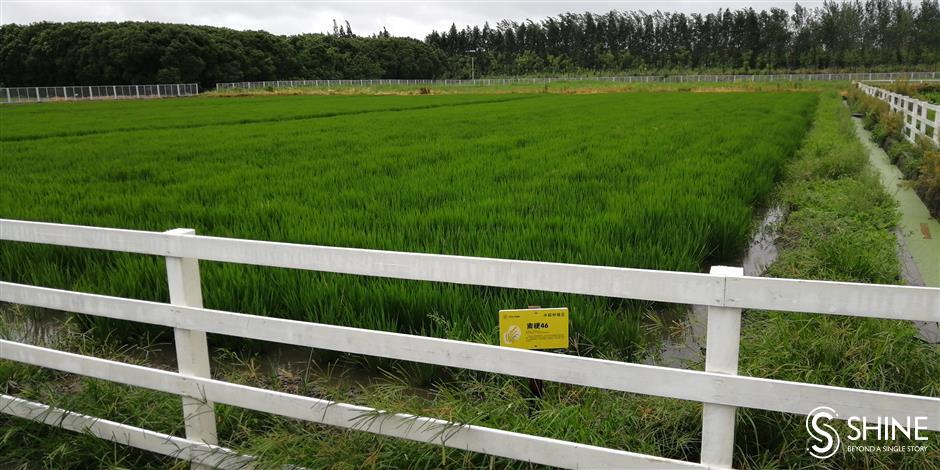 A fenced farm where rice is being grown 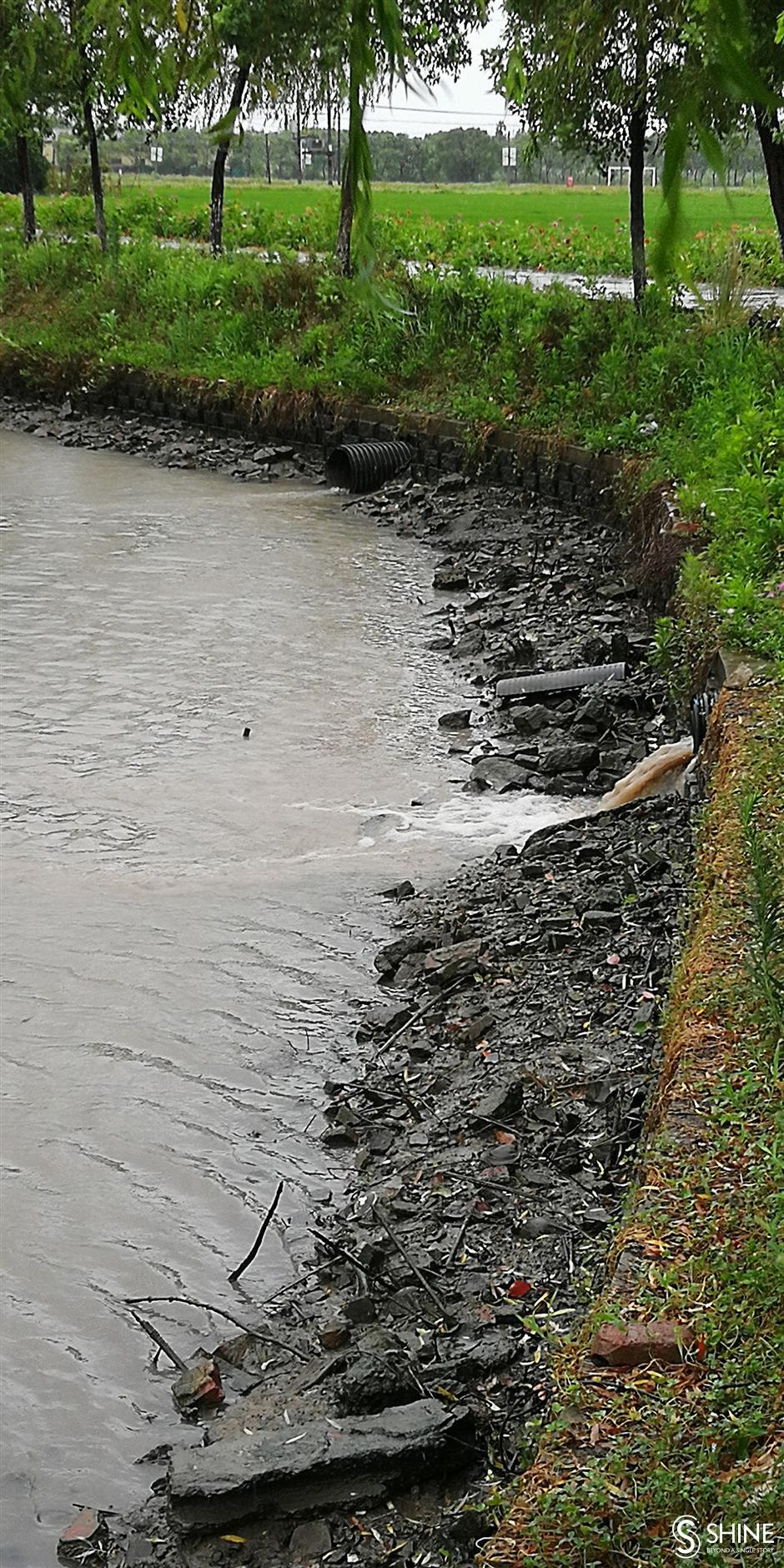 Water from rice and vegetable fields flows into a nearby river. 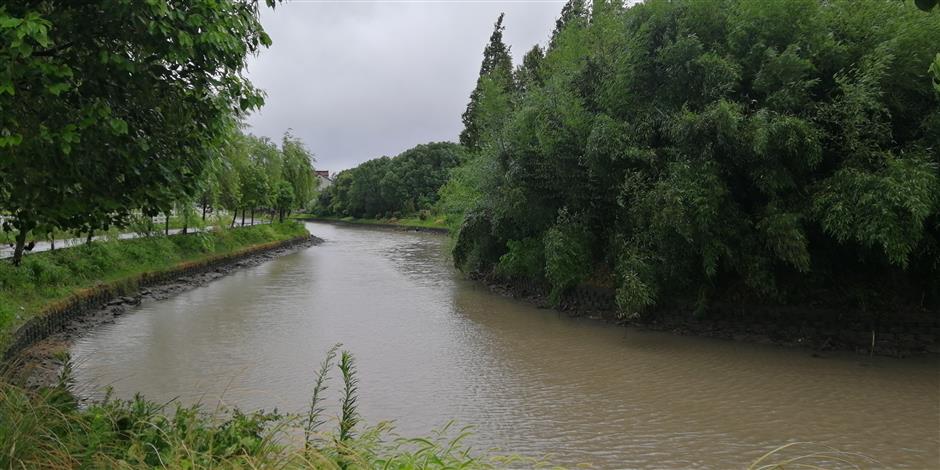 The level of this zigzag river has been lowered to accommodate downpours from Typhoon In-Fa.