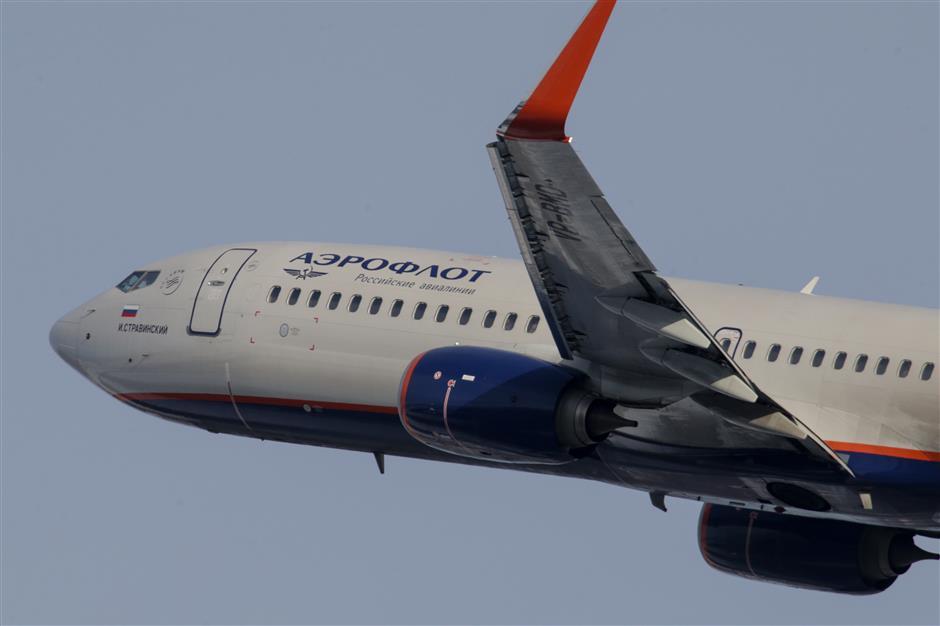 Two flight routes from Japan and Russia to Shanghai have been suspended for two weeks by China's civil aviation regulator following a rising number of imported COVID-19 cases.

Aeroflot-Russian Airlines' Flight SU208 from Moscow to Shanghai, which has been suspended multiple times, will be put on hold for four weeks from August 8 after 16 passengers on a flight tested positive for COVID-19 on July 24, the Civil Aviation Administration of China said on Thursday.

The same flight has been suspended several times since the administration introduced the suspension mechanism in 2020.

It was halted for a week in October 2020 after eight travelers tested positive. The ban was later extended to four weeks due to 11 passengers testing positive in the following days. Early this year, the flight was suspended again for four weeks.

Meanwhile, China Eastern Airlines' Flight MU524 from Tokyo to Shanghai will be suspended for two weeks from August 8 after five passengers on a flight tested positive for COVID-19 on July 22, when the flight was diverted to land in Kunming in southwest Yunnan Province.

The flight was among over 100 international flights to Shanghai which were diverted to one of a dozen different domestic airports from March 21 to help relieve the city's then COVID-19 prevention pressure. It was restored to land in Shanghai from August.

The administration launched its suspension mechanism for international passenger flights in June 2020 and updated the policy in December 2020 to further contain the spread of the coronavirus.

So far, of all the 4,923 imported cases, 4,851 have been discharged upon recovery with the 72 others still hospitalized, according to the city's health commission.