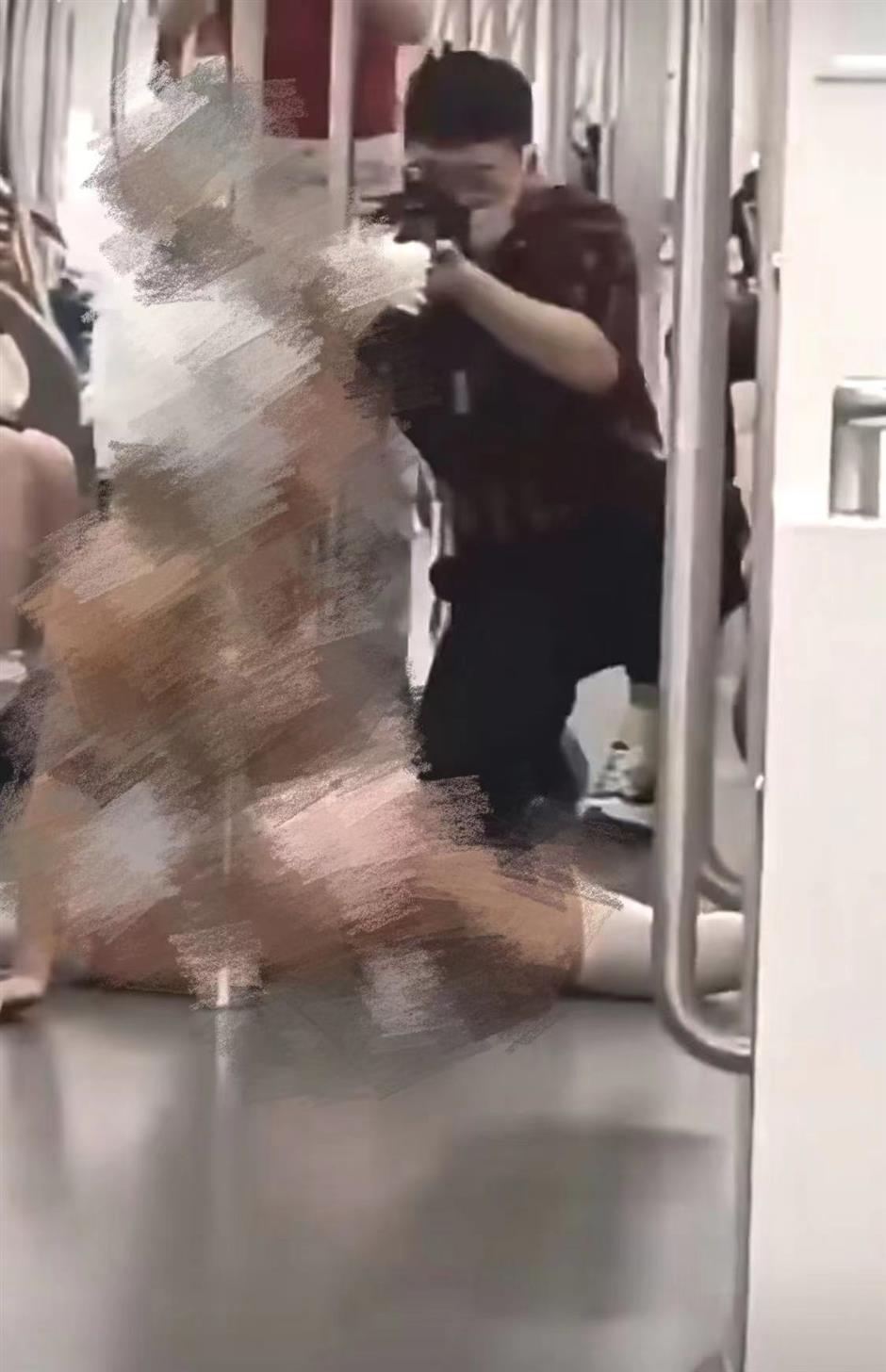 Three 24-year-old women were detained by Shanghai police on Friday, one of whom posed in front of a camera on Metro Line 6 wearing only underwear.

Among the three, two of them, surnamed Xiong and Lou, asked their friend, surnamed Jiang, to be a model and wear their lingerie products for photos on the Metro, according to police.

Along with them, a man, surnamed Zhang, 23, was invited by Xiong and Lou to take photos of Jiang.

At 5:54am on Friday morning, the four entered Century Avenue Station to take Line 6 toward Gangcheng Road Station.

In addition to only wearing underwear, Jiang was not wearing a mask as required while the other three filmed her.

The three women were detained for disturbing public order, and Zhang received an administrative penalty.