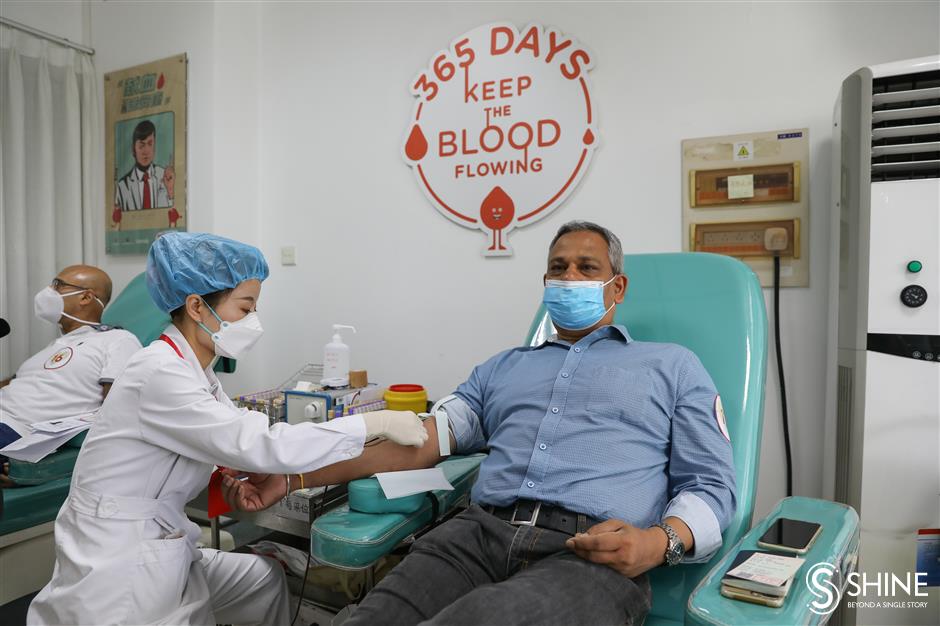 Nearly 100 Indians donated blood at the Shanghai Blood Center on Saturday, giving the gift of life to patients in need of blood infusions.

In addition to donating blood, some Indians also brought their children to serve as volunteers to guide donors and keep order.

Many of these Indian minors are aged 14 and 15 and have been living in Shanghai since childhood. They have accompanied their parents to participate multiple times in blood donation, which taught them about love and sharing. 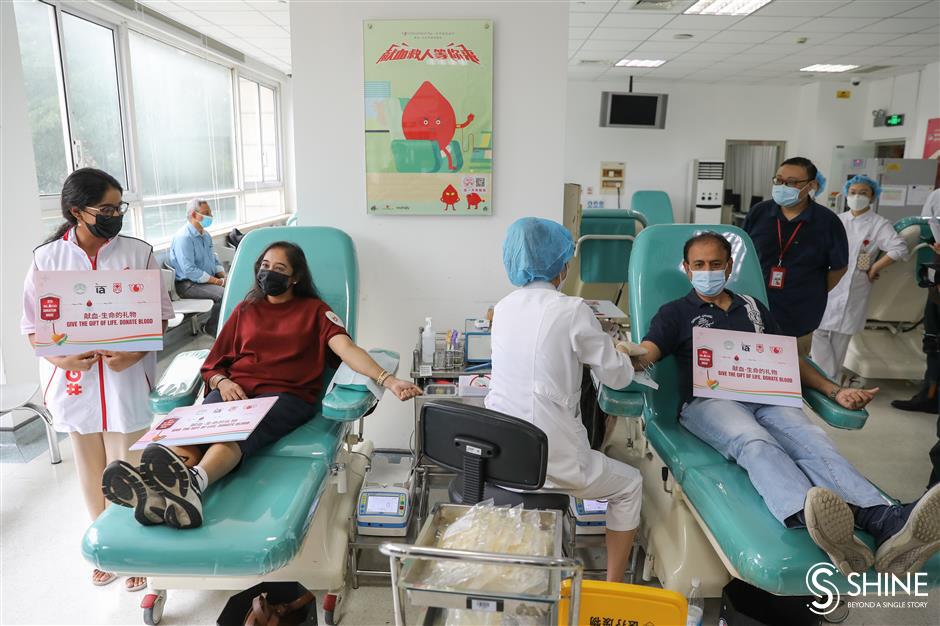 Tushar and Shilpa Bhanushali donate blood while their daughter Tanvi Bhanushali serves as a volunteer.

Local health officials said blood donation from expatriates is not only a charity event but also a chance for cultural exchange between Chinese and foreigners.

With the upcoming arrival of the Mid-moon Festival, the blood center invited Indian blood donors to enjoy mooncakes, a traditional food for the festival, and other traditional programs such as paper-cutting, calligraphy, painting and sachet-making during the event. 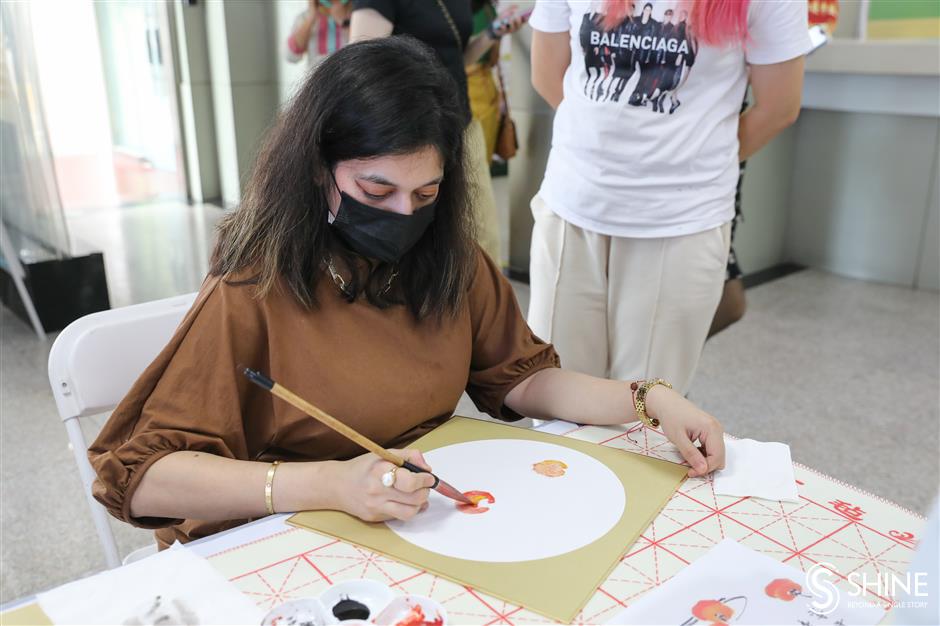 An Indian woman learns Chinese painting at the event.