Elderly families to benefit from philanthropic activities in Qingpu 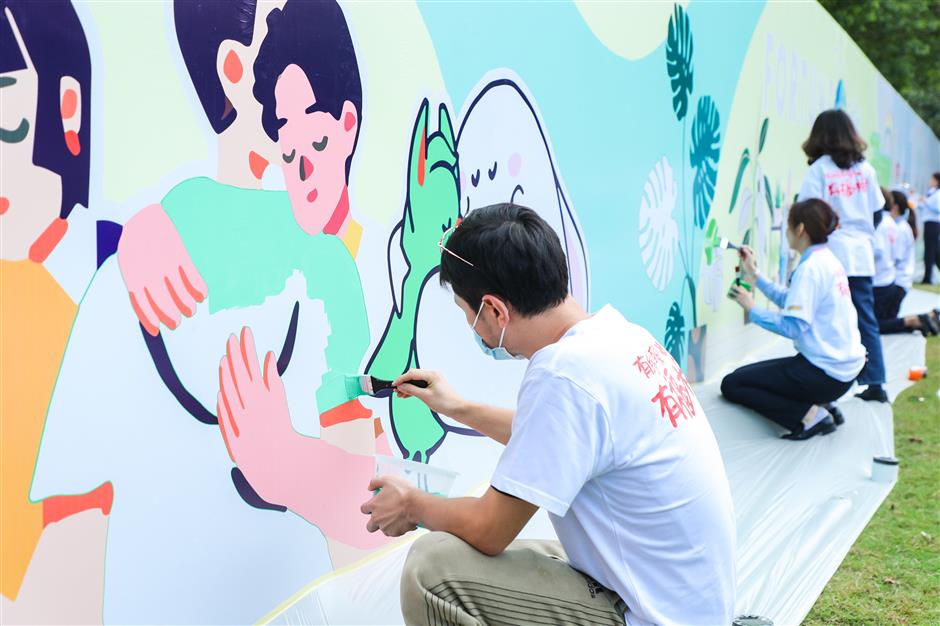 Volunteers contribute to drawing a charity-themed painting for the event.

A hospice-care plan was launched so that social worker and volunteer teams could support elderly families who need attention and to relieve seniors of the loneliness and pain of living alone.

The first batch of 10 beneficiary households will receive more than 1,000 hours of hospice-care services under the plan.

A fund also was established to spread stories about revolutionary heroes and collect from the public historical material related to the city's revolutionary history and heroes.