Officials in the city of Yulin in northwest China's Shaanxi Province have launched a joint investigation team led by police after a WeChat public account released information about a woman who may have been abused by her husband.

The incident was disclosed by a WeChat public account called "Xianshidemuyang" (The Look of Reality), which made parallels between a woman named Xiao Yu and the mother of eight chained by her neck in a hut in Fengxian, Jiangsu Province.

The source said he received clues from netizens about a woman who looks like Wang Guohong, a student that went missing in 2009 on her way to school in Qinghai Province.

In 2020, netizens discovered Xiao, who looks very much like Wang, at the home of a villager in Jinxian. She is suspected to have suffered serious abuse and become mentally unstable. 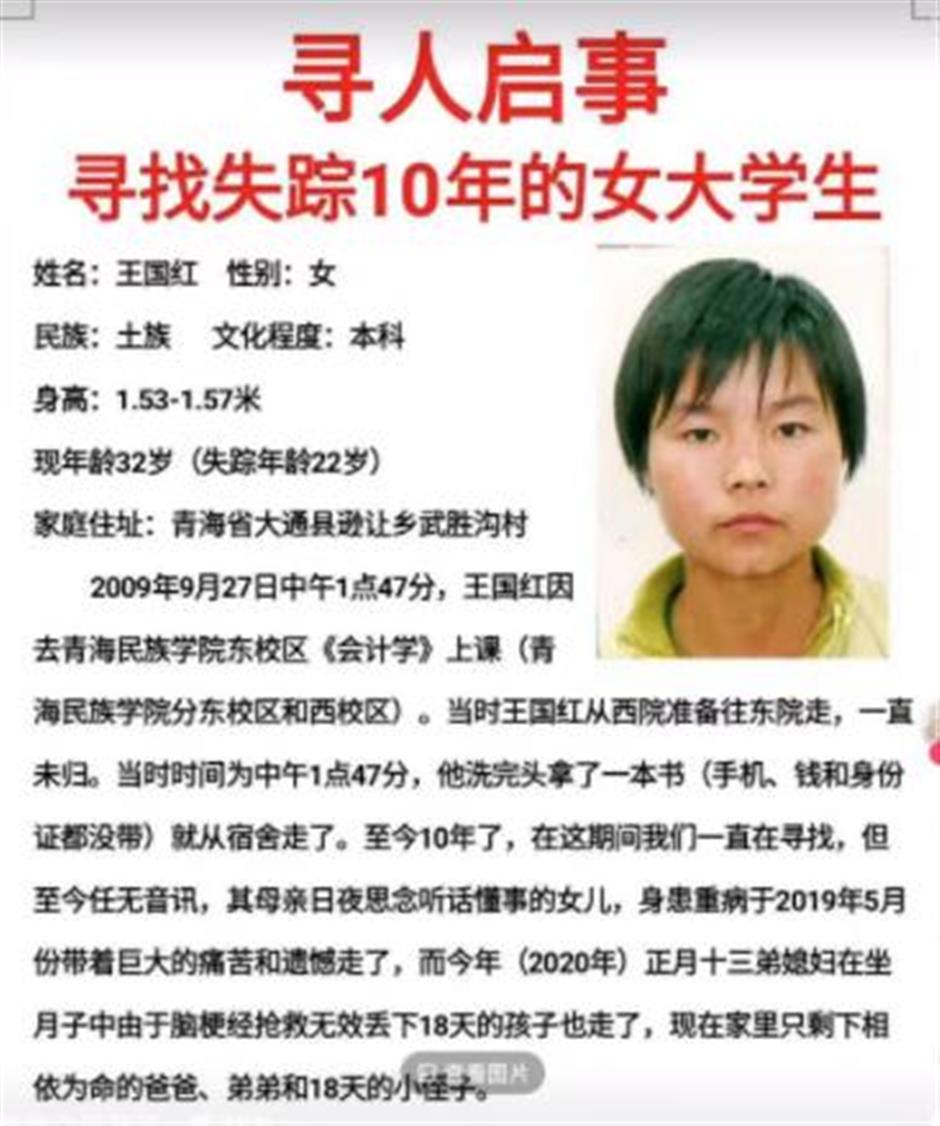 According to netizens, villager Li Limin has no job and serves as a vlogger on short-video platform Kuaishou with nearly 100,000 followers.

To attract more followers, Li often reveals something about him and Xiao to spice up his livestreaming.

He has said he began living with Xiao in 2009. Since then, Xiao has tried to flee from his home several times but the attempts all ended up with severe physical abuse, the netizens heard from Li's livestreaming. 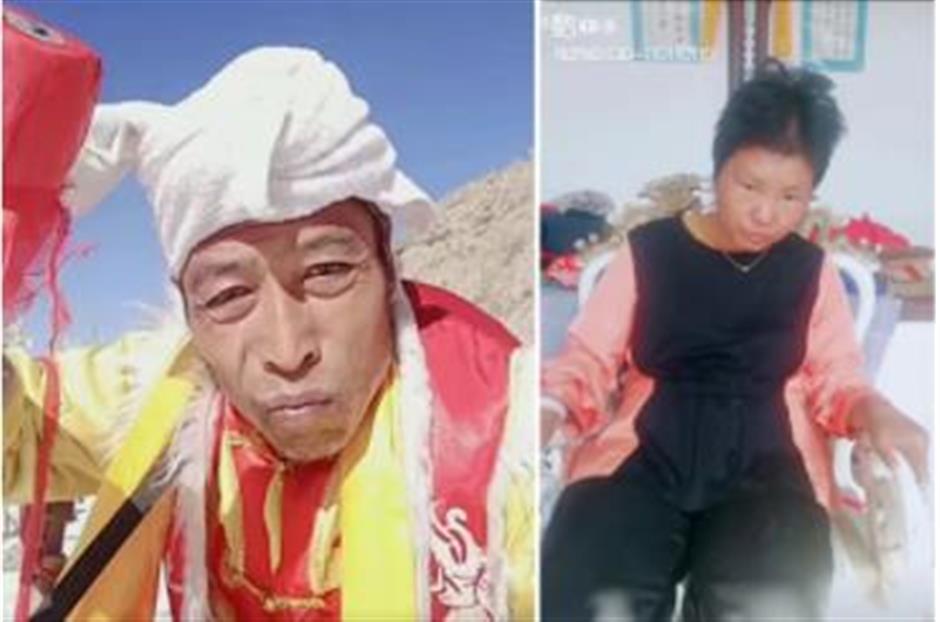 Li bragged that Xiao gave birth to his son and daughter in 2012 and 2015. He kept the son and named him Li Zhilong but sold the daughter to a neighboring village for 30,000 yuan.

Xiao is listed as his wife on the hukou, or household registration. 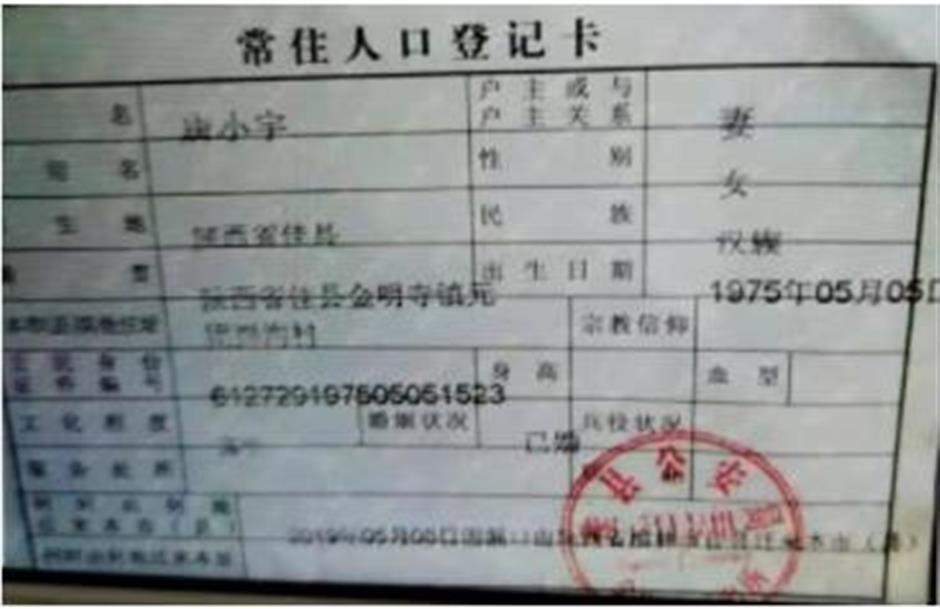 He's talked about how he has abused Xiao several times while livestreaming. He said he once bound her to a chair for three days, and netizens provided screenshots of injuries on Xiao's feet caused by ropes and serious scalding. 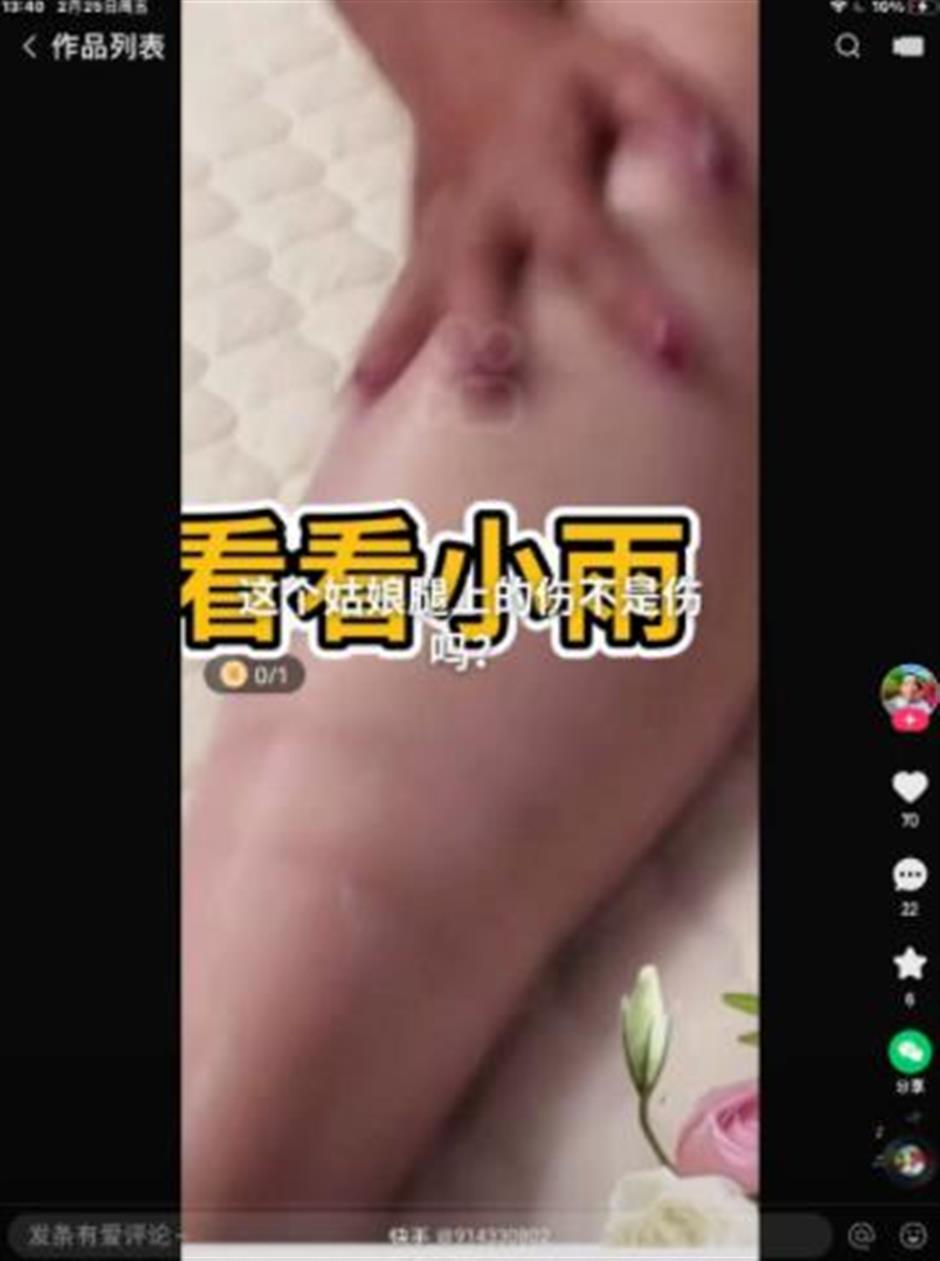 After footage of the abused woman in Fengxian sparked public outrage, Li became very careful and blacklisted anyone who questioned him.

By hyping his stories with Xiao and working with so-called "vloggers helping find missing people," Li has earned both fame and money, a source said.

The Ministry of Public Security announced a crackdown on women and child trafficking from March 1 to December 31. Investigations on vulnerable groups will be undertaken, especially women and children who are vagrants and beggars, deaf-mutes, those with intellectual impairments and mental diseases, and the disabled.