Throughout history, humans have relentlessly pursued beauty and shunned what is considered ugly. But looking at it another way, beauty and ugliness may be two sides of the same coin.

In traditional Chinese performing arts, there is a classic role known as chou, which can be translated as either “ugly or clown.” It is considered an indispensable sort of comic relief in operas.

In days of yore, a chou performer ranked highest in an opera troupe. He was the first one to get dressed and have his make-up done backstage, and was the sole performer to have the privilege of sitting on the wooden chest of props.

Before temple fair performances, everyone in a troupe had to kowtow and worship, except for the chou, no matter how young or inexperienced he might be.

Why such lofty status? 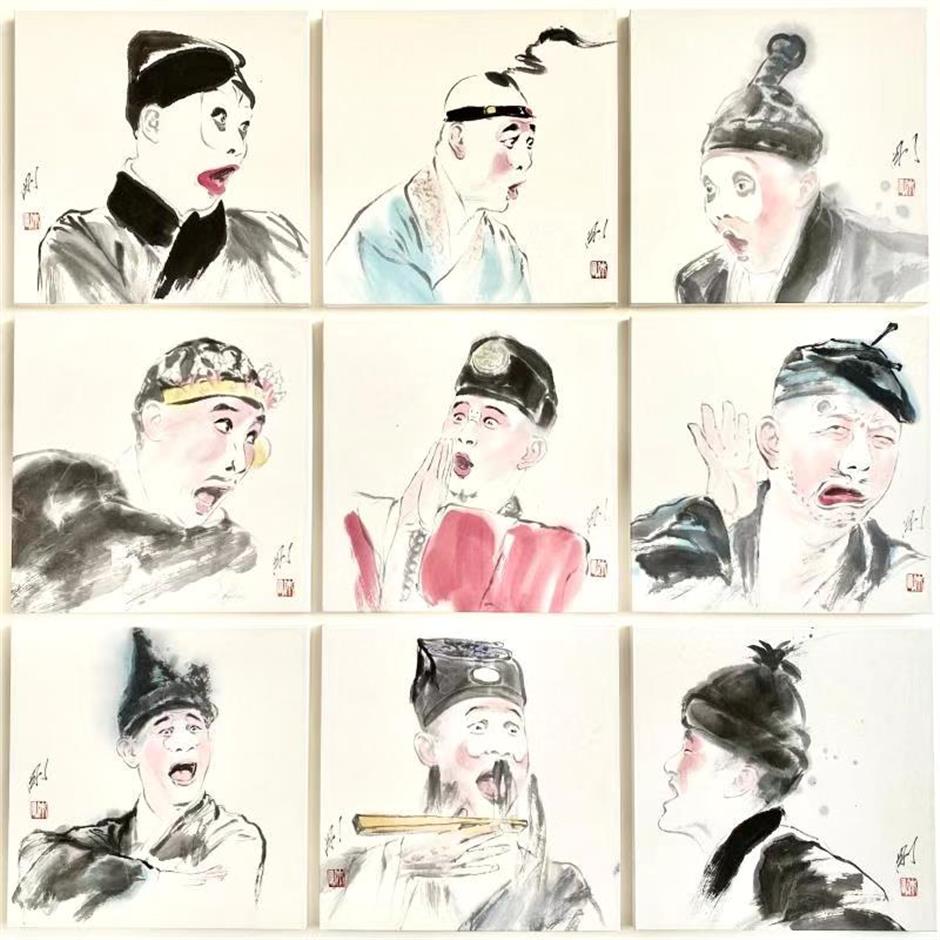 The answer dates back to You Meng, an artist in the royal court of the Chu Kingdom (770-223 BC). Humorous and eloquent, You advised the monarch in an often satirical but clever manner. The role might be equated with the court jester in more modern stage productions.

After kingdom Prime Minister Sun Shu’ao (630-593 BC), an honest and diligent official, died, his family fell into poverty without the king’s patronage. Artist You adopted Sun’s son and spent a year learning to imitate his father’s body language, facial expressions, walking pace and behavior. So accurate was his portrayal that people sometimes mistook him for the deceased prime minister.

At one royal banquet, You dressed in Sun’s robes and hat, and stepped forward to propose a toast to the Chu king. Greatly shocked, the monarch thought the old minister came back to life and asked him if he would serve another term.

You hesitated and then replied, “Sun dedicated his whole life to helping this country become a strong power, but what is his legacy? His son has nowhere to live and wife has nothing to eat.”

At that point the king realized that he was being addressed by You, not Sun. Touched and ashamed, the king summoned the son and granted him land and servants to guarantee the family’s return to wealth and status.

You began a tradition.

In the Qing Dynasty (1644-1911), famous chou artist Liu Gansan once satirized the empress dowager Cixi (1835-1908) in an opera, indicating that it was she who had stolen power from Emperor Guangxu and turned him into a puppet. 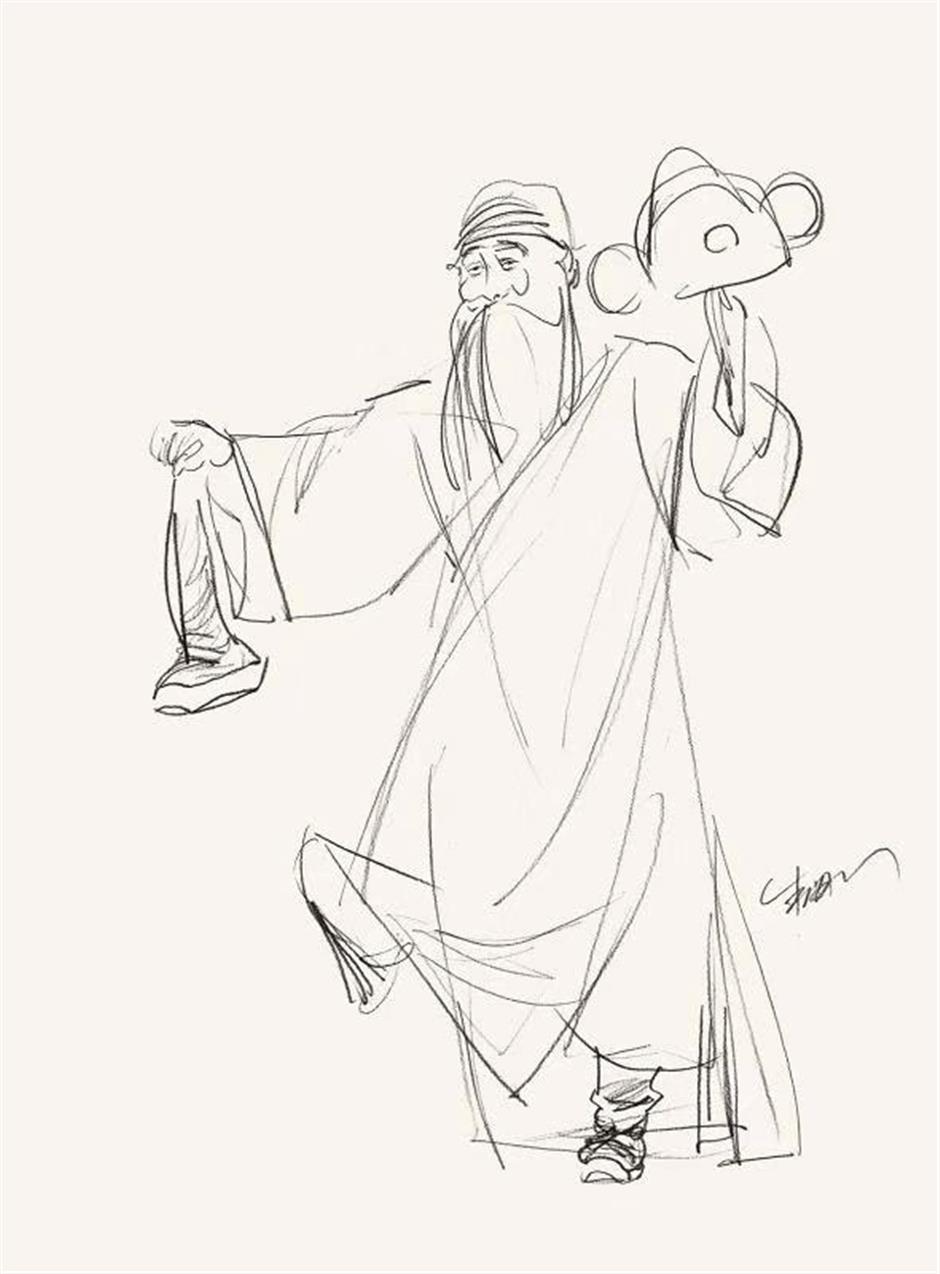 In this way, chou performers created roles unique from all others. They sometimes played clowns with funny faces, making jokes and gags.

There are actually different variations of chou, including a civilian role called wen chou, distinguished by a white dot painted on the nose of the performer, and a military role called wu chou.

A wen chou performer often takes the roles of playboys, war veterans, prison guards, barkeepers and other minor characters. A chou, wearing a scarf on his head and carrying a folding fan in hand, might play educated but pedantic people. Chou in blue homespun clothes always play lower-class working people, such as fishermen, boatmen and servants.

Emperor Li Longji of the Tang Dynasty (AD 618-907), who was fond of opera, liked to play chou roles to please his favorite concubine. Since it would not be dignified for an emperor to play a clown, he wore a white jade on his nose to distinguish him from others. That started the tradition of wen chou appearing with white dots painted on their noses.

By contrast, wu chou performers are good at martial arts. They are usually humorous roles, such as “good” outlaws and chivalrous thieves. They dress in body-tight clothing and show flexible, quick movements. They can jump several meters high, then land without making a sound. Wu chou actors deliver their lines in loud, rhythmic voices.

In the opera “The Nine-Dragon Cup,” the chou role of Yang Xiangwu is a grassroots hero, leading a freewheeling life. When he turns 60, Yang acts rashly after being coerced into stealing the nine-dragon cup from the royal court. His lines are delivered in an old yet forceful manner.

In the opera “Chains,” the chou role of Zhu Guangzu is a lower-ranking military officer in his 30s, but he does have some social status. So his lines are often crisp and high-pitched.

Roles of men with low morality are sometimes performed by chou, such as the playboy Ximen Qing and Zhang Wenyuan, a betrayer in the episode “Asking for Tea.”

Whether they are good or evil, high-ranking or cast-outs, well-educated or illiterate, chou roles are all comical characters who appear in funny faces.

It might be the charm of traditional opera that brings out the inner qualities of people by highlighting external characteristics.