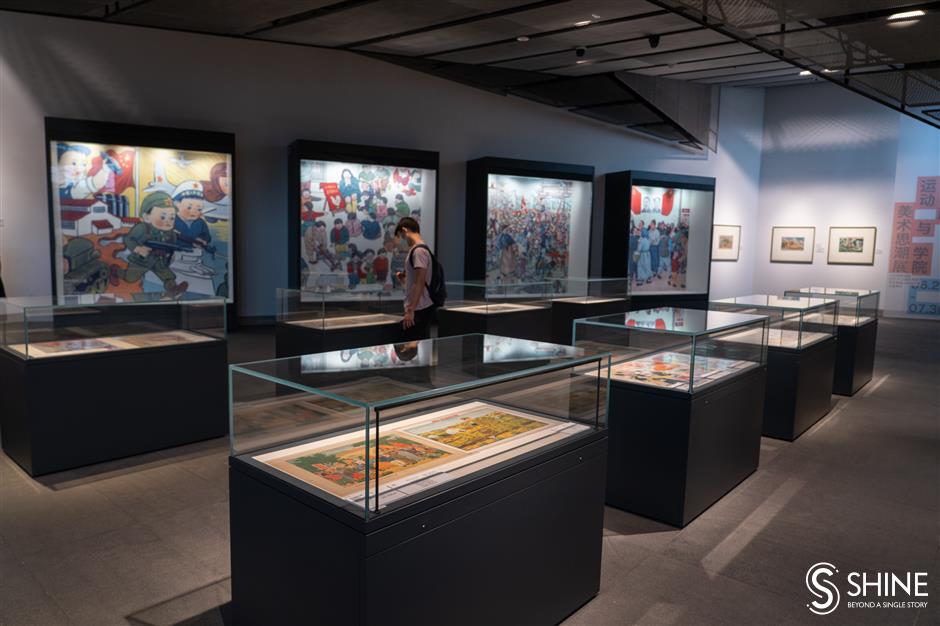 A visitor observes nianhua on display at Crafts Museum of China Academy of Arts.

The colorful, woodcut-printed Chinese New Year paintings, known as nianhua, were particularly popular among residents in the past. Family-run workshops printed them and passed the craft down through generations, keeping the art form alive.

During Chinese New Year, families posted nianhua on walls and doors in their homes to pray for good luck and fortune. Generally, the pictures were replaced with new ones till the next lunar new year.

Nianhua are easily recognized due to their distinctive style, characterized by bright colors and auspicious symbols. The themes mirrored social changes, reflecting the nation's moods and ceremonies.

In the early 1950s, artists created a myriad of nianhua with themes related to the founding of the People's Republic of China and big events occurring at the time. Two hundred pieces of nianhua made from 1949 to 1953 are on display at the Crafts Museum of the China Academy of Arts through July 30. 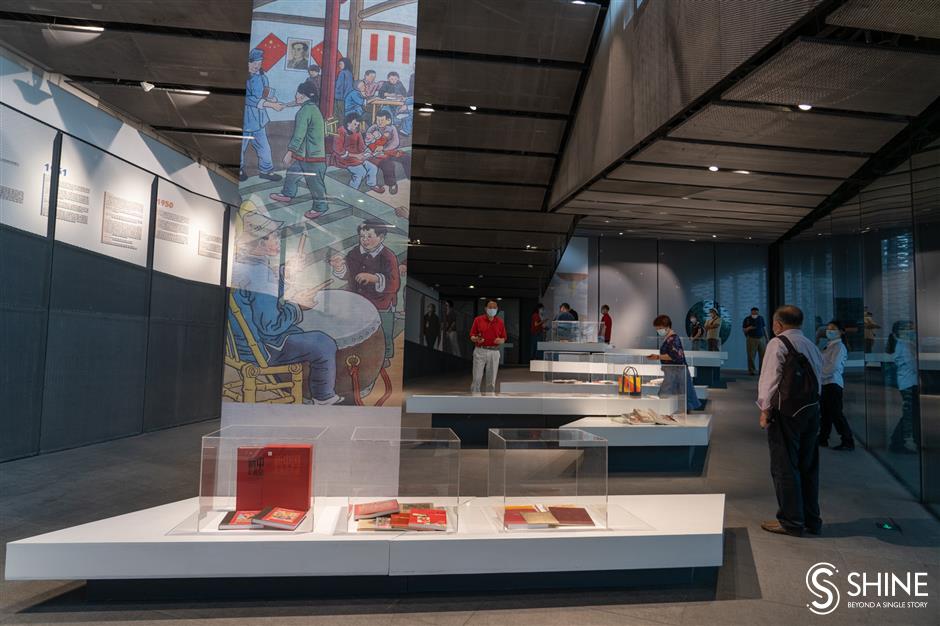 Woodcut paintings were popular across the country at the time, and about a dozen main regional varieties have been identified. A group of preeminent painters broke artistic boundaries and added new elements to the traditional art form, resulting in the so-called new nianhua trend.

The nianhua displayed in the exhibition reflect the lifestyle in China of the early 1950s. One exhibit depicts the scene in a daycare center. In the 1950s, the Communist Party of China started to liberate women throughout the country. Females broke free of old constraints and came up with the idea of "equal work and equal pay."

In efforts to encourage women to participate in factory work, more daycare centers were established to take care of their children. Nianhua was identified as an ideal medium to introduce the service to families. 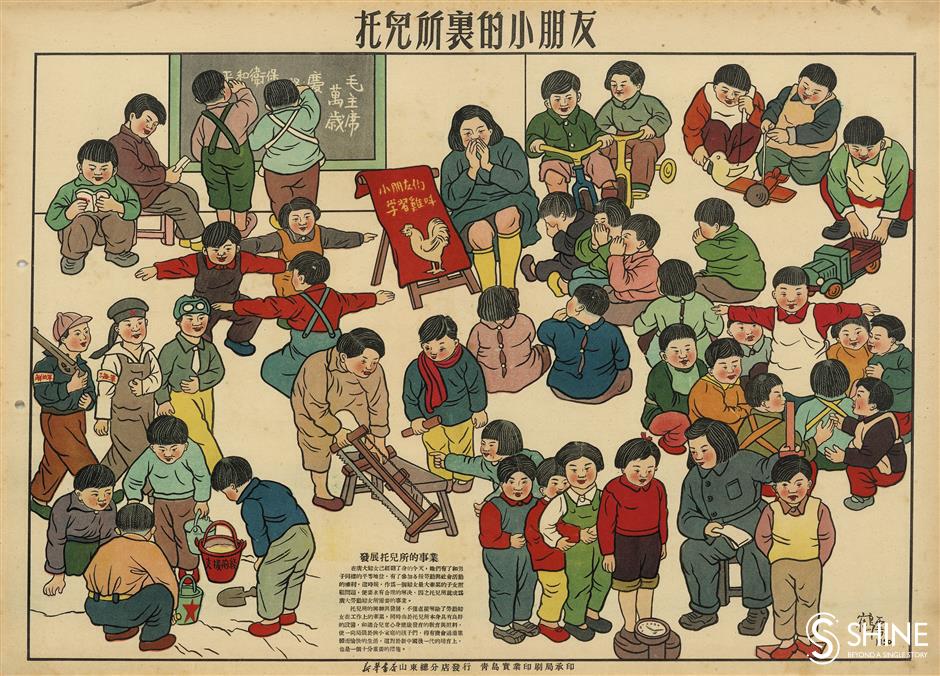 A nianhua on display portrays daycare activities in early 1950s when women were encouraged to participate in factory work.

In one example of nianhua on display, toddlers are playing games and having physical examinations. It contrasts with traditional versions of the art form which almost always portrayed children as chubby, adorable and hugging a carp, the fish that symbolizes success and wealth in Chinese culture.

Another nianhua portrays women's recreational activity in a textile factory. As well as doing their work, the women of the era were encouraged to enjoy fun activities that enriched the day.

Date: Through July 30, closed on Mondays