The Fu Lei Library opened in 2019 and is the only library in China themed on a literary celebrity. It houses the complete collection of Fu Lei's translated works, writings and studies about him.

"Home Letters by Fu Lei," a collection of family letters between Fu and his wife Zhu Meifu, and their eldest son Fu Cong, a celebrated pianist known in the West as Fou Ts'ong, dating back to the 1950s and early 1960s, is regarded as a classic read. Excerpts from it are included in middle school textbooks. 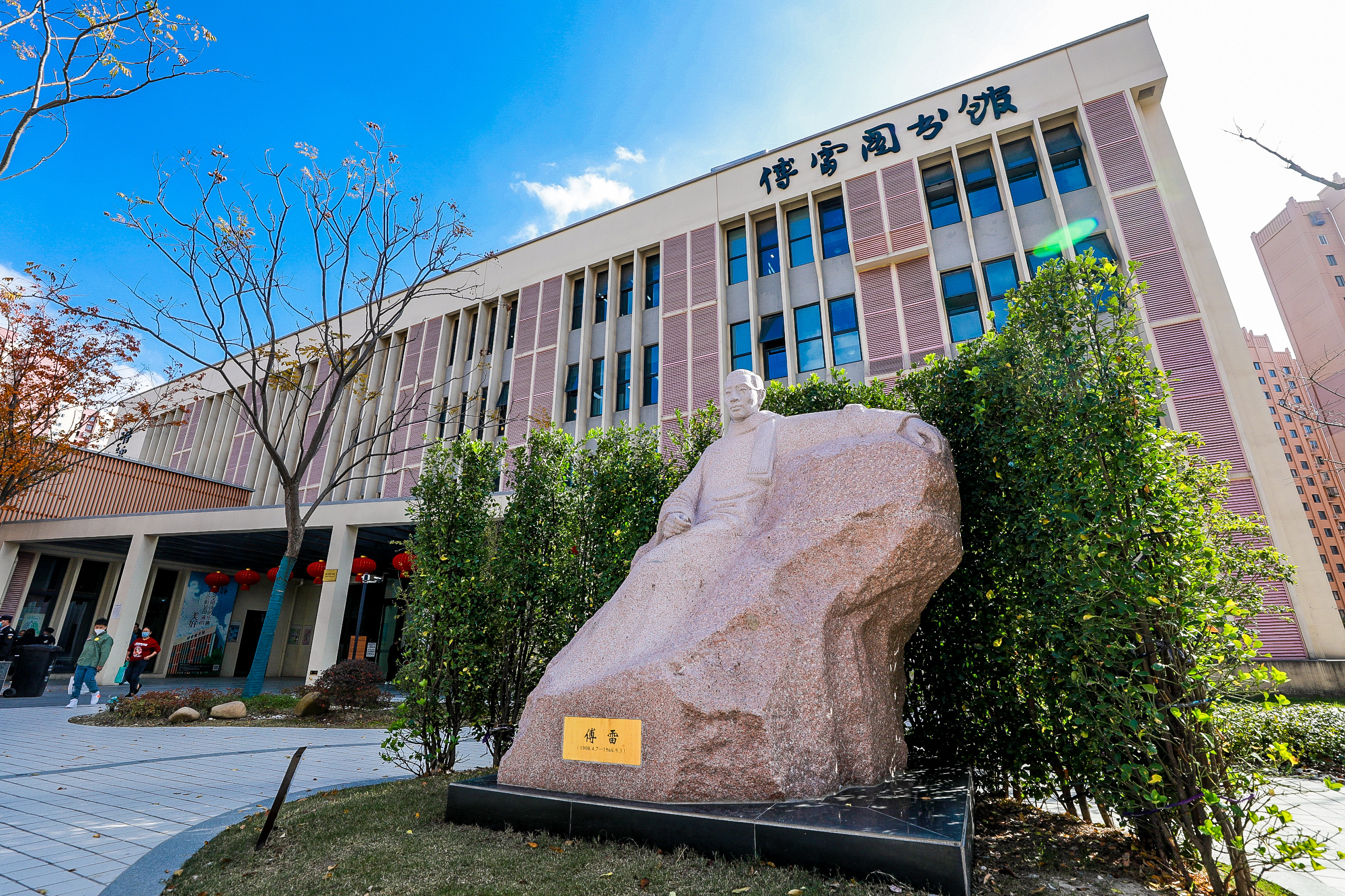 He had also developed a translation style, now known as the Fu Lei Style. He compared the act of translating to painting and explained: "What is sought is not formal resemblance but spiritual resemblance."

His translations follow the original text's spirit, rather than the language format, and greatly influenced the later generations of Chinese translators and scholars.

Based on his own reading and experience of translation, professor Liu Qing from the East China Normal University believes that French thinkers (such as Foucault and Derrida) played an essential role to bring Chinese intellectuals closer to European traditions and philosophy, largely due to Fu Lei's contribution.

"Excellent translation makes us see how messages, concepts and ideas of the original text can be conveyed to us in a wonderful and precise way. A good translator makes us realize that we are all human beings after all," Liu said.

In the Fu Lei Literature Hall on the library's second floor, a large number of photos, manuscripts, and publications are on display. Those wanting to know more about the two houses where Fu lived in Shanghai can also find answers there. The library holds regular seminars, especially for young adults and children, to help them better understand Fu Lei's literature heritage and spirit.