An animated video by Liu Tianyun

"I might be an outlier among the infamous Haidian jiwa," high school student Liu Tianyun, who just celebrated her 16-year-old birthday, began her first published book with this line.

Haidian District in Beijing is home to the country's top universities and tech companies, and equally famed for its "tiger moms" and "eagle dads." 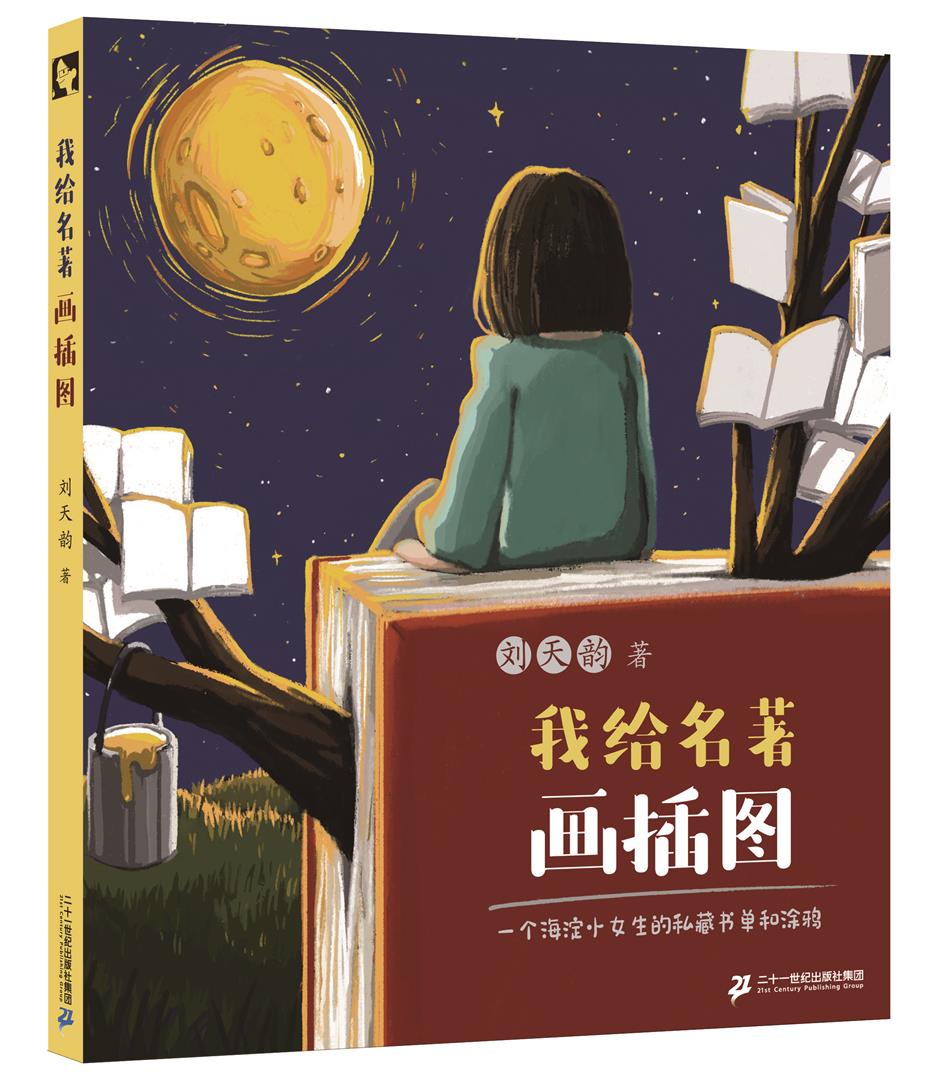 "Illustration for Famous Classics – My Booklist and Graffiti" by Liu Tianyun was published this year.

That way of education is often referred to as "chicken-blood" parenting, so excited and self-sacrificing like they were injected with chicken blood about giving kids the best education. Their children are called jiwa, or chicken babies.

The book, "Illustration for Famous Classics – My Booklist and Graffiti," started as a "daydream," according to Liu.

"I wasn't planning to publish a book at the very beginning," she said. "It was just a spontaneous idea, a vague concept that I want to draw illustration for some of the books I really like, especially because the illustrations in the editions I read did not match my imagination." 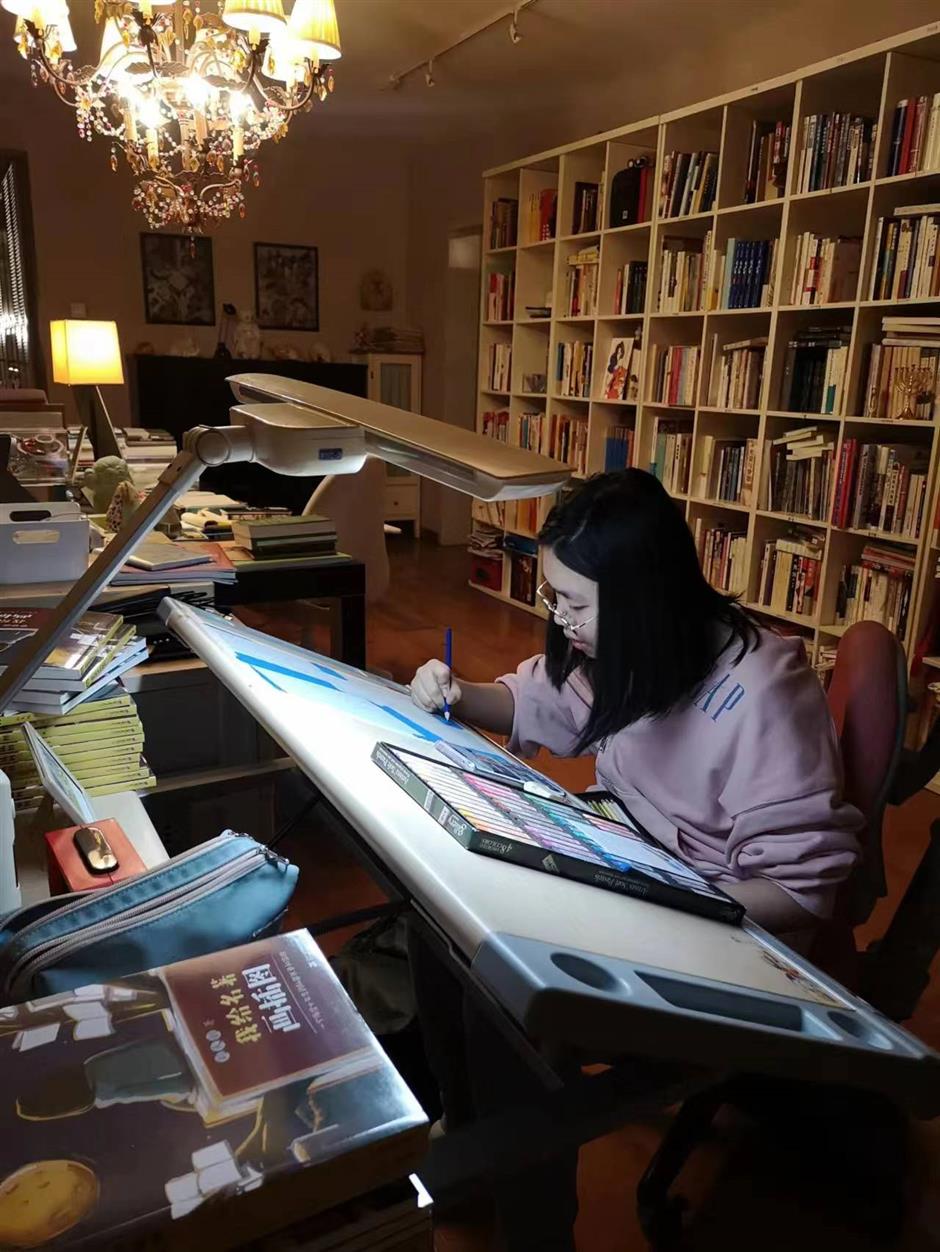 The 16-year-old Liu Tianyun has developed many hobbies, including illustrations and animation.

She spent months making the choices from a few hundred books she had read, and re-read them to be ready to write her review and draw illustrations.

The selected 25 books are recommended for different ages – grade one to three, four to six and seven to nine.

"That's when I read a lot of books that my dad selected and bought for me, when most of my peers were busy attending extra classes," she recalled. 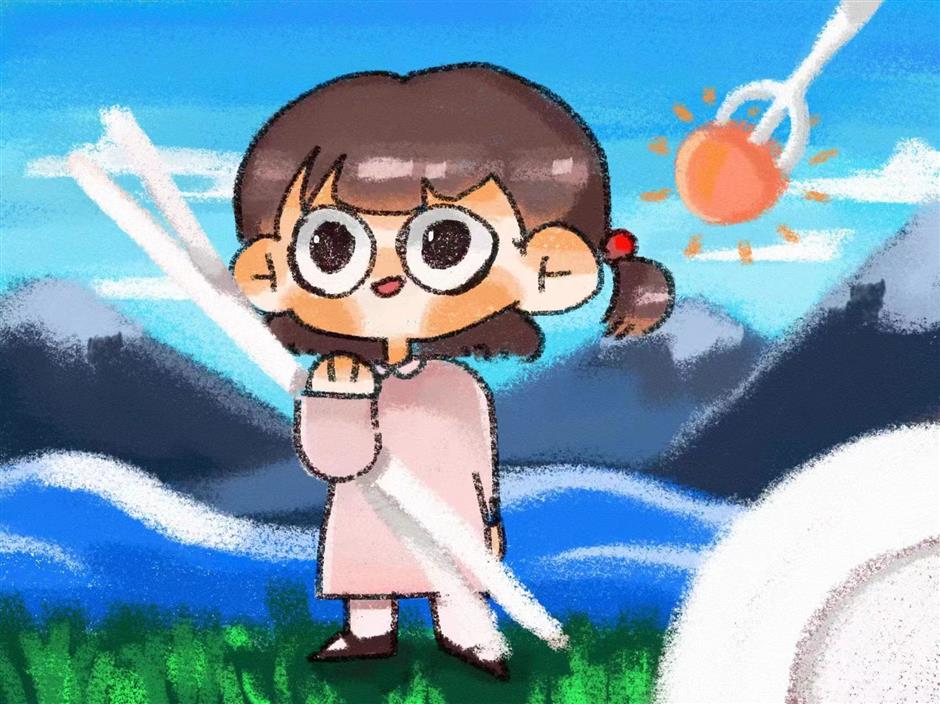 Liu's illustration for "Totto-Chan: The Little Girl at the Window," for grade-one-to-three students. 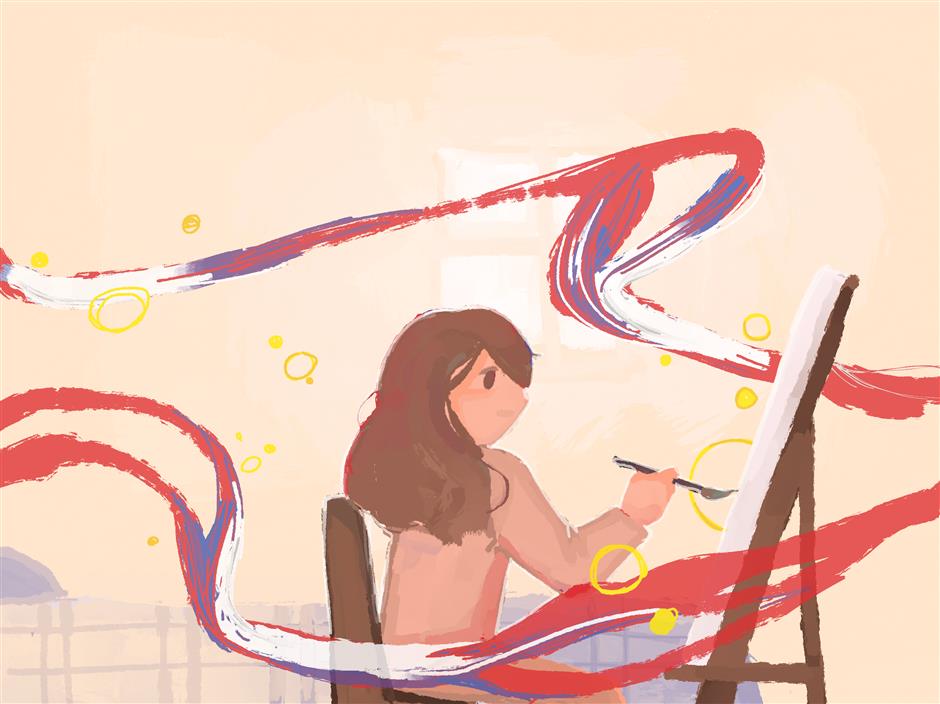 Liu's illustration for "A Mango-Shaped Space," for grade four to six. 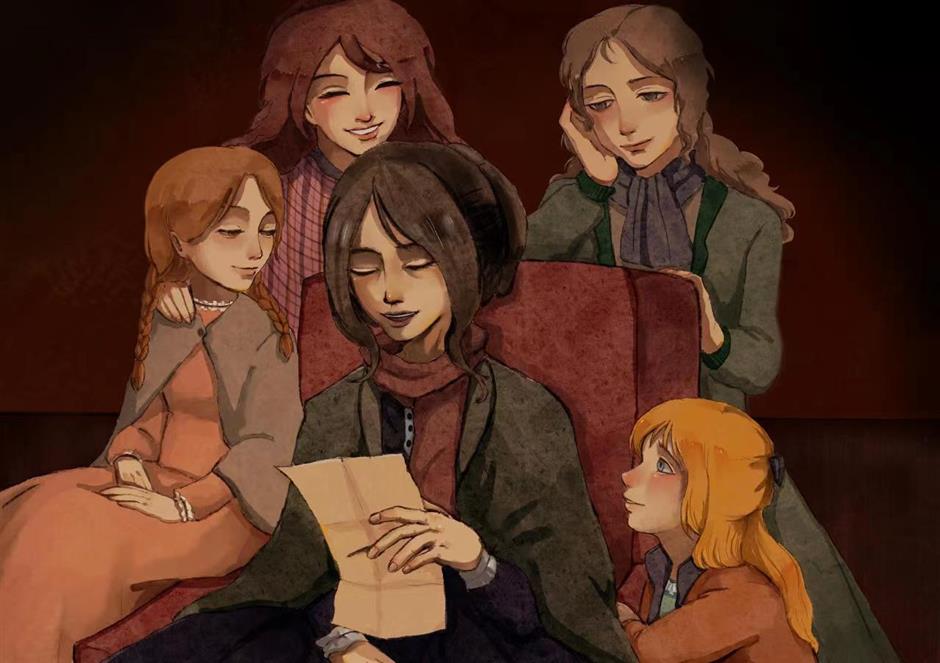 Liu's illustration for "Little Women," for grade seven to nine.

The selected 25 works include both bestselling classics for many generations across the world such as "Little Women" or "Sophie's World" or more niche or recent books like "A Mango-Shaped Space" or "The Westing Game." Some were only published in Chinese a few years ago.

Liu, who moved from Beijing to Shanghai last year, is proud to be the outlier who hasn't attended any extra classes but has developed many hobbies, including illustration and animation, and is now preparing for a career in animation.

"Neither dad or mom is in art, but they both love museums and have been taking me to many museums around the world since I was little, including Studio Ghibli, which was such a fantastic experience," she recalled. 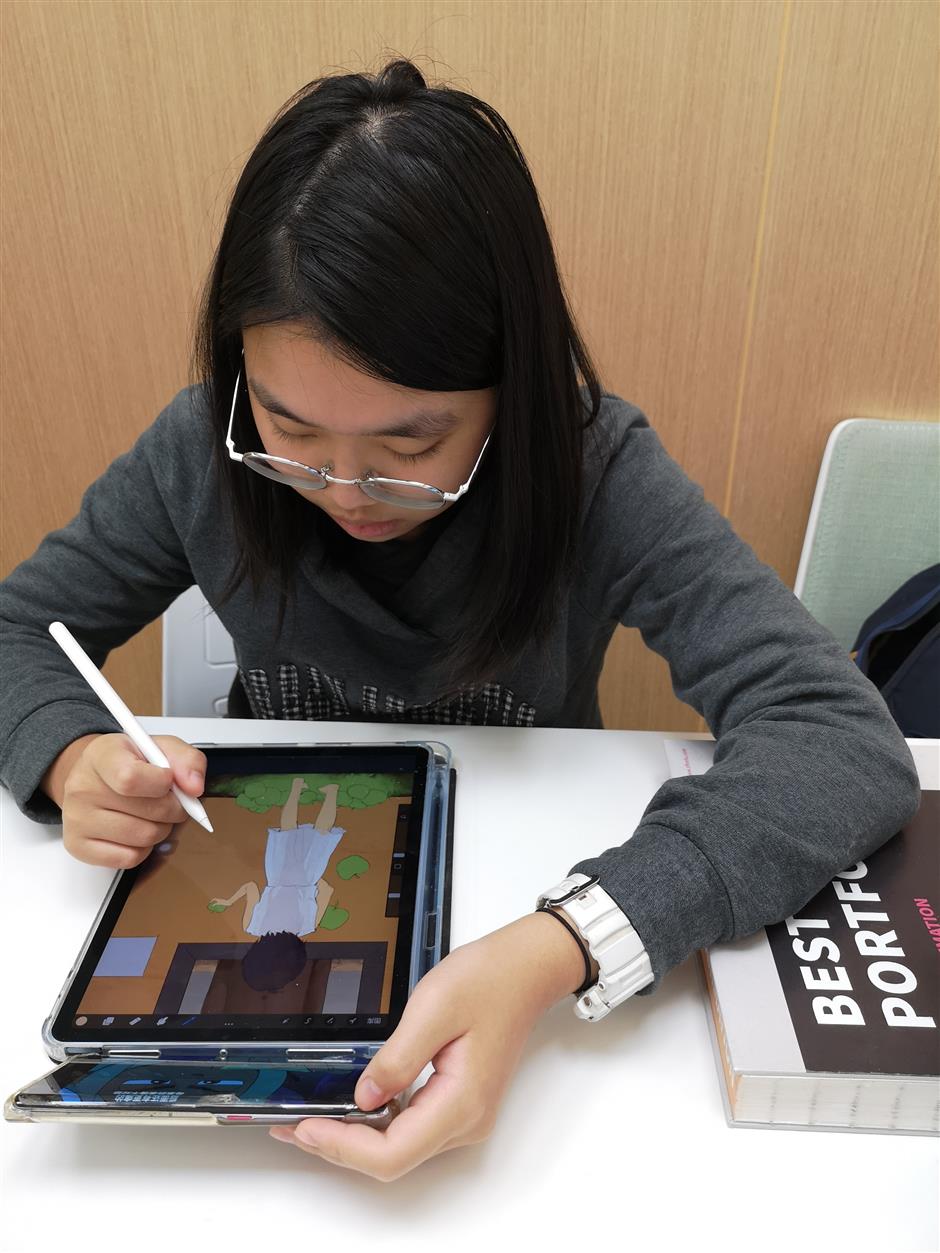 Liu deep in thought as she works on an illustration

The 16-year-old seriously weighed between illustration and animation for a career, and is well aware that both are highly competitive fields now, and will be more so by the time she starts working in a few years.

"But I'd work for something I truly love," she stated. 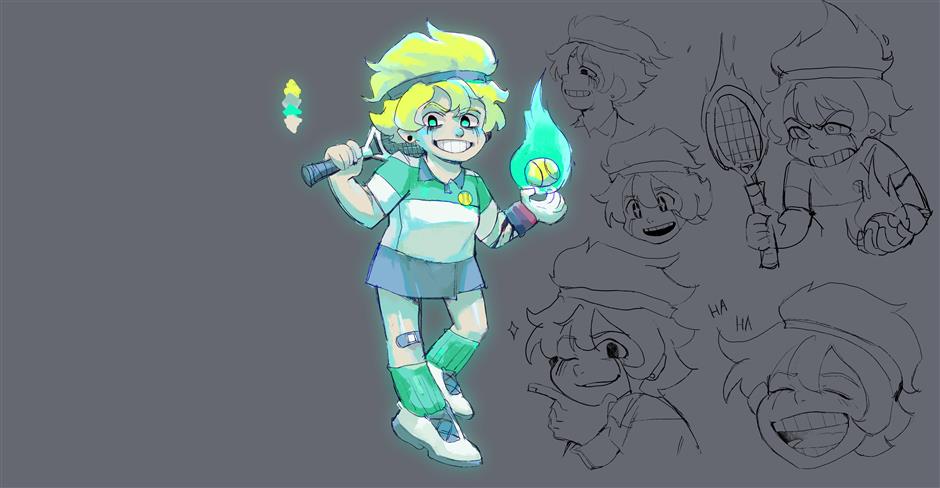 Liu has been working on her animation project to apply for the best schools in the field. 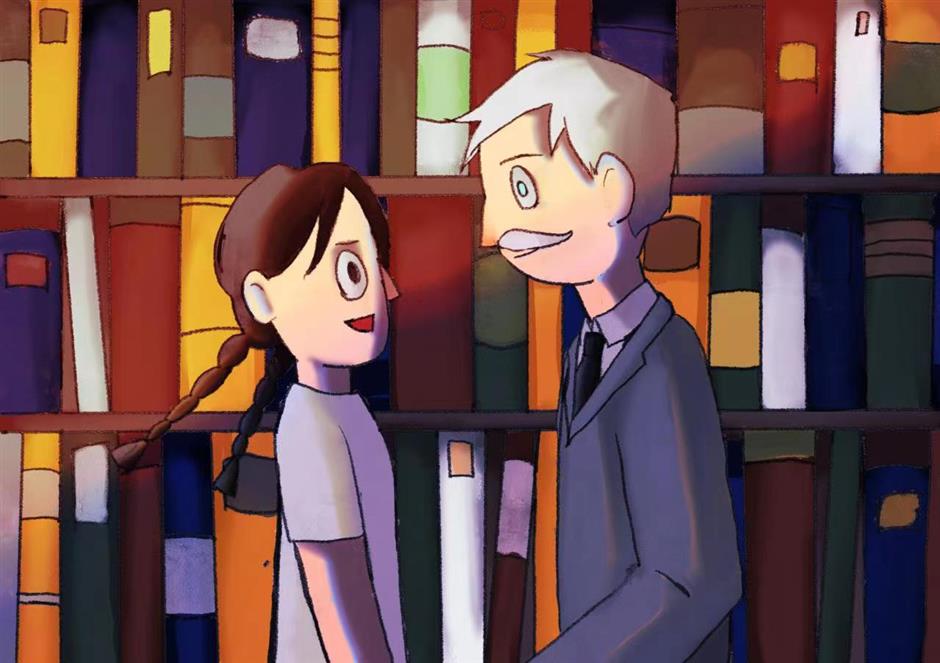 Liu's illustration for "The Westing Game" 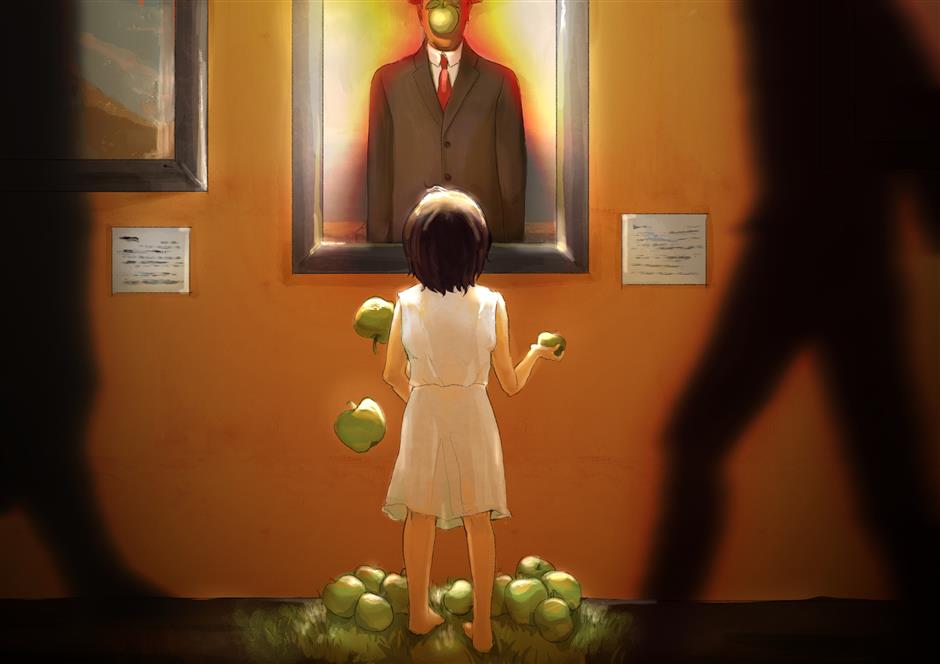 A recent illustration by Liu