To really know a country, you need to understand its culture and history.

The English-language edition of the book series was unveiled at last week’s Shanghai Book Fair. The series caters for an increasing number of foreign readers who are deeply interested in traditional Chinese culture. The books were published by the Shanghai Translation Publishing House.

Zhang, a founder and former editor-in-chief of the English-language Shanghai Daily, is fluent in English. He draws on that skill to spin the stories of ancient China in the everyday parlance and experiences of native English speakers.

Zhang said ancient culture has had a far-reaching impact on the behavior and thinking of contemporary Chinese, and gives foreign readers insight into modern-day China.

He recalled a Shanghai Daily survey of readers that showed foreigners wanted local news and feature stories, and information on entertainment and eating-out venues. But beyond the obvious, they also expressed curiosity about Chinese culture.

At that time, books that might help them delve deeper into that culture were fragments scattered over different publications. There were no books in English providing easy access to Chinese history and culture.

“As a journalist working for an English-language newspaper, I really wanted to do something to meet that need,” he said. “I decided to use my writing skills to tell ancient stories illuminating Chinese culture, especially its traditional aspects.”

He began his project in about 1993, beginning with a series of articles explaining the stories behind Chinese idioms. He produced more than 100 pieces.

The Beijing-based Foreign Languages Press subsequently asked him to compile the articles into a book. It received positive feedback and was later translated into German and other foreign languages.

The whole project was sidelined for years when Zhang moved from Beijing to Shanghai to start Shanghai Daily, which published its first edition in 1999.

“But it was always in my mind as a task I needed to finish,” he said.

Work on the project resumed in 2008, when Zhang was writing a weekly column in Shanghai Daily about myths, paintings, classics, historical figures and architecture.

A calligrapher and painter himself, Zhang was especially drawn to the culture of Chinese painting.

“Chinese painting is one of the oldest art forms in the world,”  he said. “But due to the cultural differences, foreigners couldn’t appreciate it very deeply, just as many Chinese couldn’t understand fauvism and cubism.”

We need to understand the background of target readers. It’s all too easy to assume that readers already know something when they don’t. 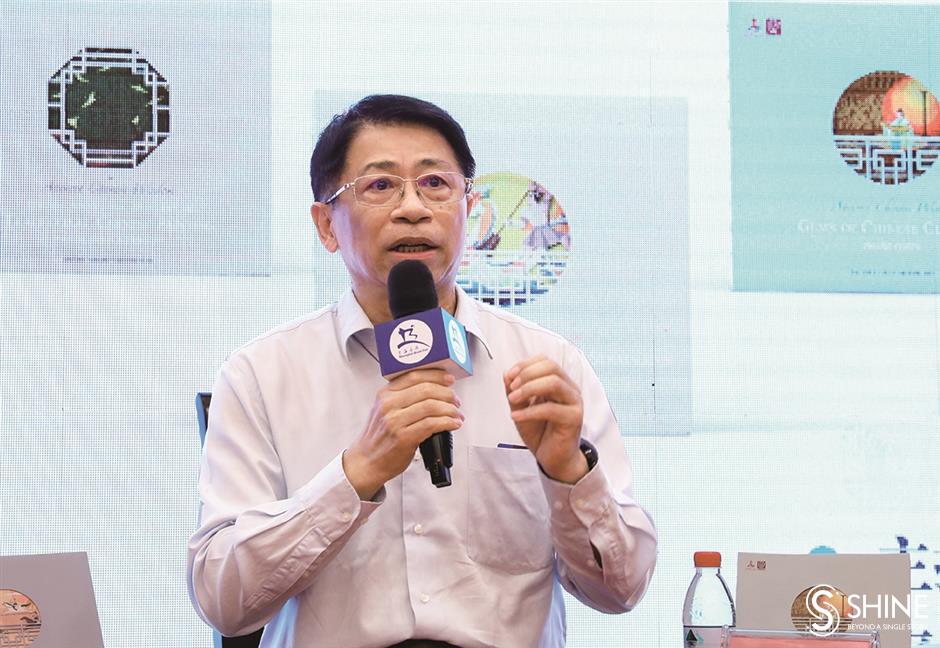 He gave an example.

“When Chinese painters wanted to express what the legendary Tang Dynasty poet Li Bai meant when he wrote ‘water in the Yellow River running from the heavens,’ they painted roaring water from the top to the bottom on a scroll,” he said. “But for foreigners, they couldn’t find the perspective to appreciate it.”

One of the great challenges of the project was adopting a style that would catch and retain readers’ interest, he said.

“They don’t have basic knowledge about these ‘very Chinese’ things,” he said. “They’ve never heard about them or seen them. So how to explain them simply and clearly in English was a tough task for me. I addressed that hurdle by using English vernacular to tell the stories and by connecting them with things that foreigners are familiar with.”

For instance, take “I Ching,” an ancient philosophical text that provided a classification of the universe, a guide to ethical life and a manual for rulers. Zhang explained it in terms of the binary system of German mathematician and philosopher Leibnitz, a system that enabled the development of computers.

“His binary numbers system, which is still being used today, was inspired by I Ching,” Zhang said. “The binary code of I Ching, represented as yin and yang, showed up in his binary sequencing as ones and zeros.”

Zhang then made a connection between I Ching’s 64 hexagrams with the 64 genetic codes in DNA.

Or when discussing the famous ancient painting “Along the River During the Qingming Festival,” he drew parallels with Leonardo da Vinci’s “Mona Lisa.” And when he wanted to explain the idiom fu shui nan shou, or “spilt water lost,” he used the Western proverb “don’t cry over spilled milk.”

“It was a way to help foreigners feel closer to I Ching and better understand it,” Zhang said. “I Ching is a great work that deeply influenced Chinese philosophy and thoughts, people’s life, their interpretation of things, their world view and their mindset. It’s a very complicated concept that would be hard for foreigners to understand if there’s no link with their own lives.”

The English-language edition of the book series was unveiled at last week’s Shanghai Book Fair. The series caters for an increasing number of foreign readers showing deep interest in traditional Chinese culture.

According to Zhang, there are many ways to meet the demand of foreigners on learning Chinese culture — exhibitions, performances and academic exchanges. But publication remains an important format.

“Publications targeting different groups of people need to define their audience and find common language,” he said. “When writing to general readers, language must never be too academic or professional.”

He said great efforts are being made to take Chinese culture overseas. It’s a matter of determining which group to focus on. The general public? Scholars? Students?

“We need to understand the background of target readers,” Zhang said. “It’s all too easy to assume that readers already know something when they don’t.”

Zhang said he has just completed another book on Chinese “living culture,” which includes tai chi, dragon and lion dancing and Chinese chess.

Zhu Yajun, editor of the book series and deputy editor-in-chief of the publishing house, said the company first met Zhang when it was considering doing a dictionary about Internet memes in 2013. It found that Shanghai Daily was running a series on Chinese buzzwords and came to learn that the paper’s editor-in-chief was writing a book about Chinese culture.

“Previously, we mostly translated foreign books into Chinese,” Zhu said. “But now we are translating more Chinese books into foreign languages. It has become part of our future strategy.

Shi Lingkong, editor-in-chief of the publishing house, said many individuals and organizations are trying to bring Chinese culture abroad, but few do it well.

“Zhang Ciyun’s book series covers almost all aspects of Chinese civilization and is written in accessible English,” Shi said. “We believe that is a successful formula for advancing the spread of Chinese culture.” 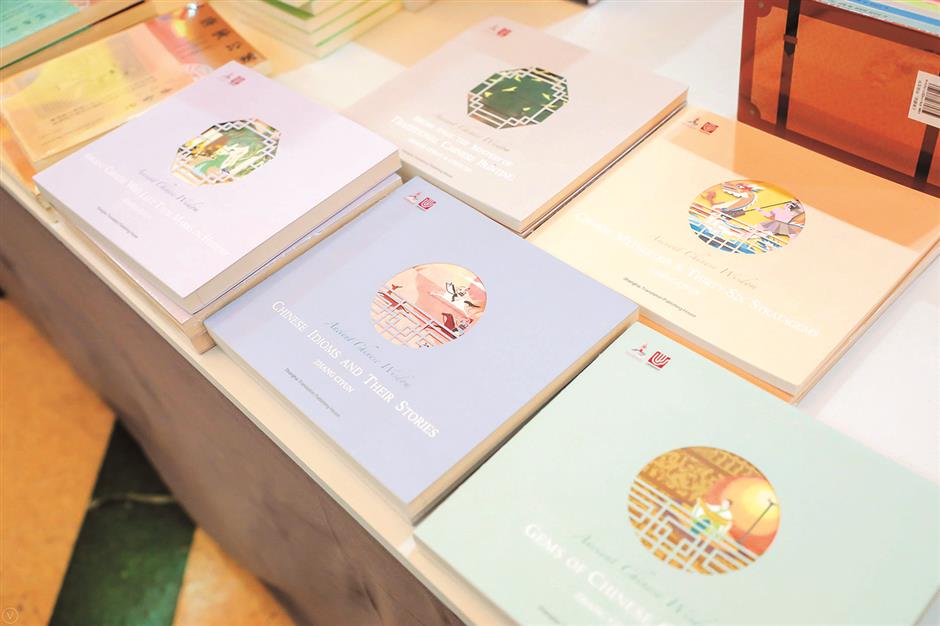 The six volumes in a series on ancient Chinese culture written by Zhang.