The Chinese adaptation of the French musical "Romeo and Juliette" kicks off a winter menu of hit shows at SAIC Shanghai Culture Square.

Twenty-five performances of Shakespeare's classic tale of cross lovers will be staged from November 26 to December 19, featuring the music and lyrics of Gerard Presgurvic.

The other four productions are musicals "Fan Letter" and "Into the White Night;" and stage plays "The Dream of the Red Chamber" and "The Yellow Storm." 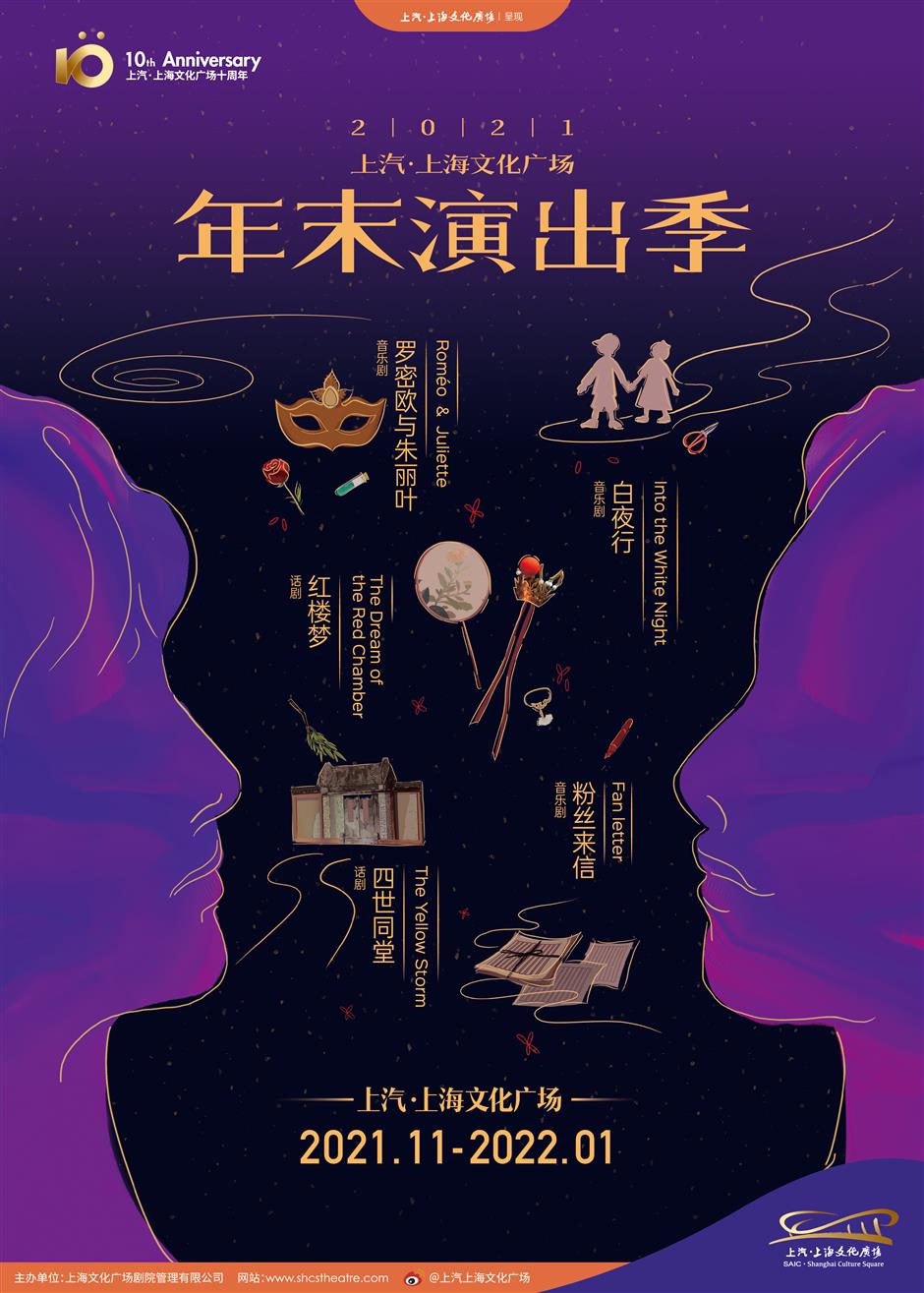 For the past decade, Culture Square has staged a popular international musical at the end of every year. In 2011, it was the French musical "Notre-Dame de Paris." A year later, it was the original version of "Romeo and Juliette."

"It's still not possible to invite international productions and troupes here because of the COVID-19 pandemic, which we didn't expect to last so long," said Fei Yuangong, vice general manager of the Culture Square.

"I still remember how the two French musicals proved their popularity here 10 years ago," he explained. "So for the year-end of 2021, we decide to introduce a Chinese adaptation of the classic work, the first time we have featured a musical crafted here as the year-end hit."

The Chinese adaptation of "Romeo and Juliette" is jointly produced by the Culture Square and Beijing-based Joyway Culture. According to Fei, composer Presgurvic and Carl Portal, director and choreographer of the original musical, will be invited to Shanghai later this year to help with the production.

The production will have two casts. The first set stars popular musical singer Ayanga, who plays Romeo. He will be paired with Zhang Huifang as Juliette. Sophia Huang plays the nurse. A second set of cast will involve some promising young singers. 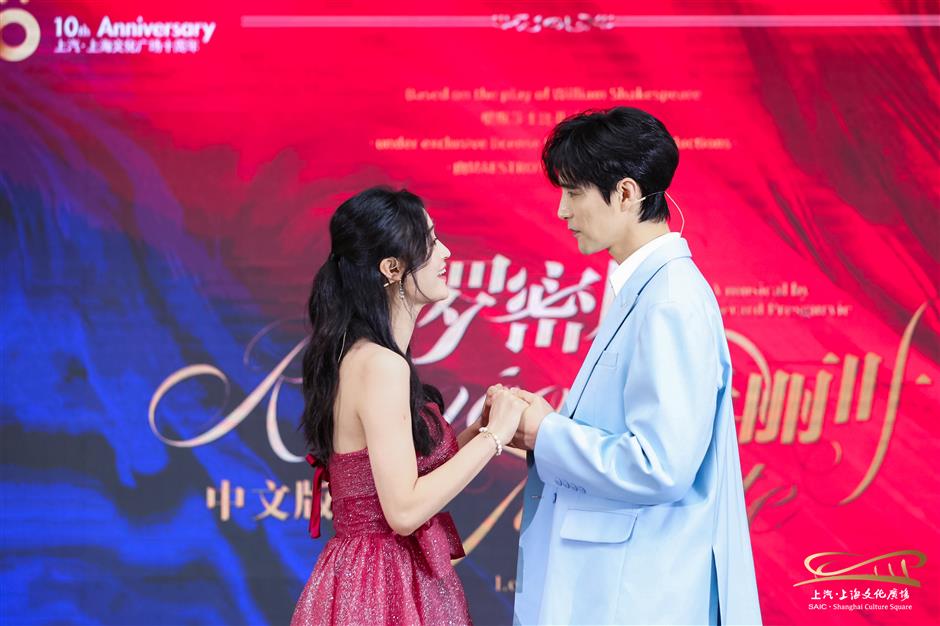 Zhang Huifang and Ayanga will star in "Romeo and Juliette."

"The musical 'Romeo and Juliette' has been one of my favorite musicals since college," said Ayanga.

"It will be a challenge because the dancing part of my role is quite demanding. I have ballet background, but I'll still need a lot of training."

The other self-produced production is "Fan Letter," the Chinese adaptation of a South Korean musical. It will premiere on January 13.

The musical "Into the White Night," based on Japanese mystery novelist Keigo Higashino's "Journey Under the Midnight Sun," will be staged on January 1-9.

"The Yellow Storm," presented by the National Theater of China, is based on Chinese writer Lao She's three-volume novel "Four Generations under One Roof." It is scheduled for January 21-23.

"The Dream of the Red Chamber," based on the Chinese classic of the same name, will be presented by the Shanghai Dramatic Arts Center.

"All five year-end hits are based on time-honored original works," said Fei. "I believe they won't disappoint audiences."