The university faculty also won six first prizes, 13 second prizes and a third prize. Five of the first-prize programs and nine of second-prize ones were led by the university while the others involved its researchers. 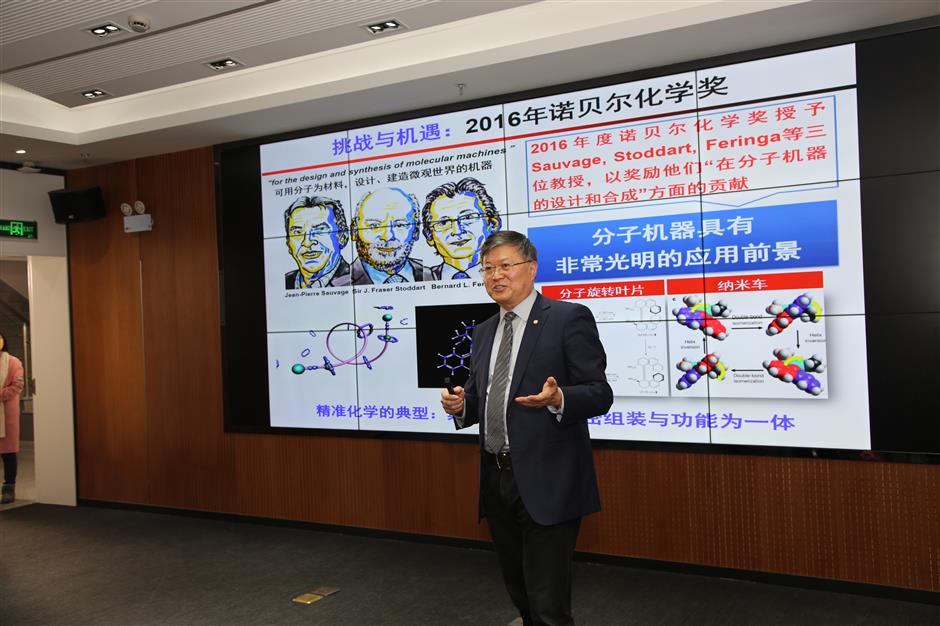 Professor Tian He from East China University of Science and Technology delivers a speech about molecular machines.

He Jifeng, dean of the software engineering institute at East China Normal University, and his team, won a top prize with technologies for software testing, analyzing and assessment to ensure development of safe and credible core controlling software for key industrial equipment.

Their technologies have supported the success of many important space missions in China, including the launch of the Fengyun-4 satellite and the docking of Shenzhou-8 and Tiangong-1.

The University of Shanghai for Science and Technology harvested two first prizes and four second prizes. Five were led by the university and one second-prize program involved its teachers.

In one of its first-prize programs, a team led by Professor Liu Ping developed a high-performance copper alloy for the production of overhead wires that provide power for high-speed trains.

Team member Zhou Honglei said China had been using German wires in high-speed railways but from 2008 it began to use products developed by the team. With their high electrical conductivity, mechanical strength, thermostability and anti-friction capacity, the wires have enabled China’s high-speed trains to increase their speed from 100 to 400 kilometers per hour. They have also helped produce new output value of over 3 billion yuan in the past three years and saved at least 1 billion yuan in electricity costs each year in the operation of high-speed trains.

Currently, about 70 percent of the railway systems that run at 350 kilometers per hour are equipped with its products. 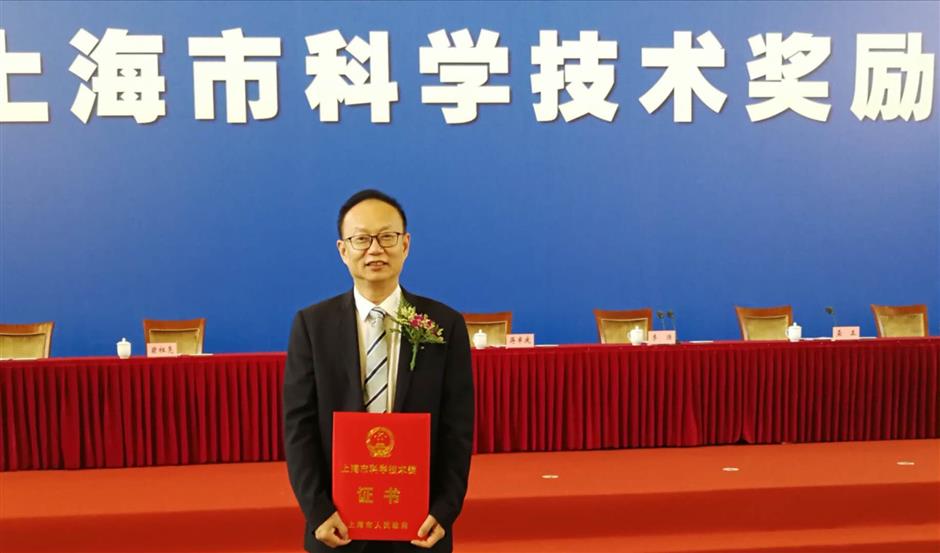 The varieties of hairy crabs in Shanghai had been of low quality, low output and low price. A team from the university led by Professor Wang Chenghui, after 10 years of research around the world developed a new variety called “Jianghai 21” which grows fast, is large and has a high yield. The team has also established the largest database for hairy crabs.

Its crab breeding and raising technologies have been adopted in a number of aqua farms around China, including in Jiangsu Province’s Sheyang County, the country’s largest crab breeding base.