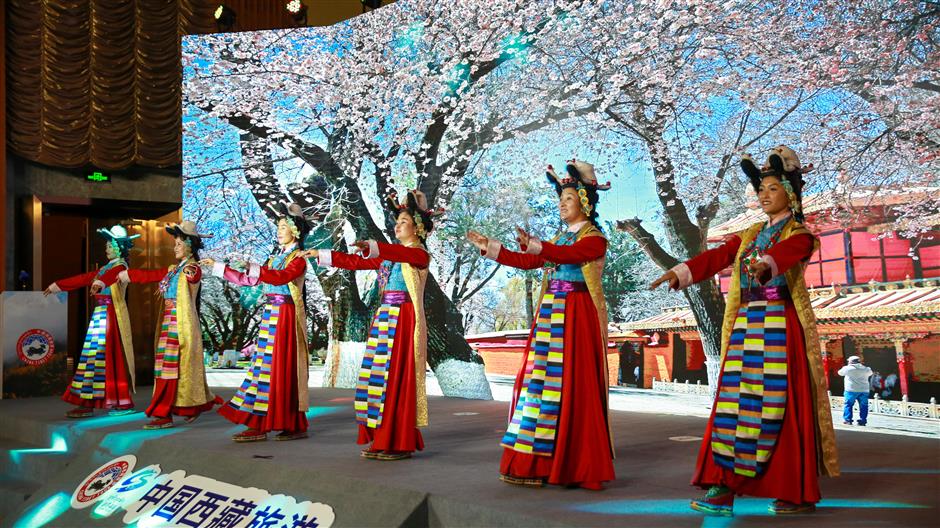 A Tibetan performance is staged in Shanghai.

Southwest China's Tibet Autonomous Region is offering free admission to all 3A-and-above state-run tourist attractions and the preferential policy will last until the end of this year to boost the region's winter tourism market, its tourism authorities announced in Shanghai during the China International Travel Mart 2020.

Meanwhile, three-star-and-above hotels in the autonomous region are cutting their room prices to below 50 percent of peak season rates through the end of this year, and the same policy applies to local transportation and airlines, the local tourism development department announced on the sidelines of the three-day travel fair, which kicked off on Monday.

A number of cooperation agreements were signed by travel agencies and airlines from Tibet at the travel fair to spur the winter tourism development of the autonomous region. 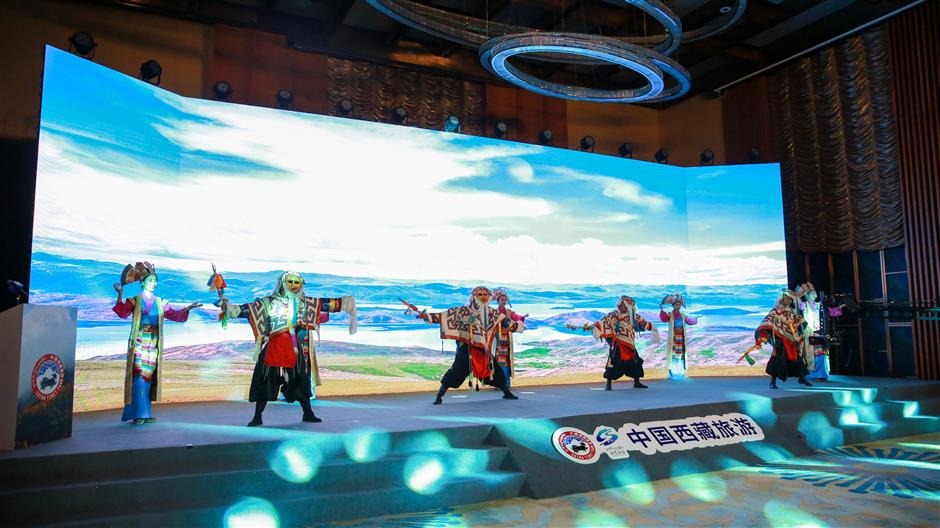 A Tibetan performance is staged in Shanghai.

The Ministry of Culture and Tourism of China has provided major support to the tourism development of Tibet in terms of funds, projects, staff and technologies, giving a brand-new look to Tibet's tourism industry development, said Huang Yongqing, Party secretary of the autonomous region's tourism development department. 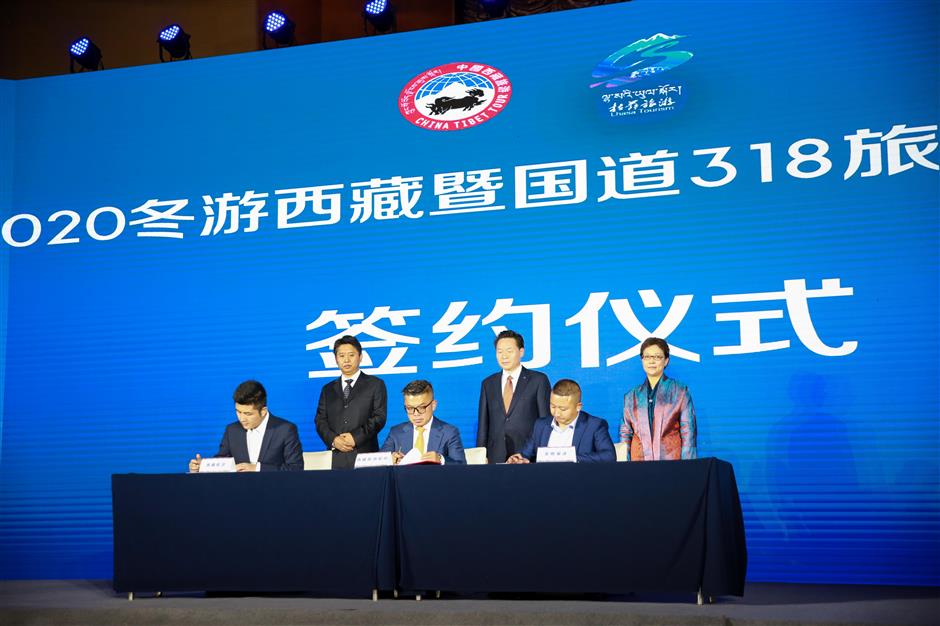 Cultural and tourism agreements are signed by representatives from Tibet and Shanghai.

The Ministry of Culture and Tourism of China will display the charm of Tibet's culture and tourism to the world via performances and exhibitions, as well as international cultural and tourism activities, said Zhang Xilong, an official from the ministry.

It is expected that Shanghai and Tibet will conduct deeper cooperation in cultural exchange and tourism projects to promote the development of their cultural and tourism markets, said Yu Xiufen, director of the Shanghai Administration of Culture and Tourism.