Railway station team is a model for females

On the International Women’s Day on March 8, the China Women’s Federation honored a number of women and female organizations across the country for their contributions to society in Beijing.

The information and service team at Hangzhou East Railway Station was awarded the title of National Model Female Organization by virtue of its devotion to public service.

Hangzhou East Railway Station is one of the busiest transport hubs in eastern China.

With up to 250,000 daily passengers during peak months, it requires a large service team to provide information and enquiry services.

Since the railway station opened in 2013, the 31-person team has served millions of passengers. Because most of the team is female, a female union has been created to spur innovation and self-motivation.

In a bid to streamline work processes, the team has innovated by applying big data to every facet of the railway station’s operations. That data are shared with different departments to increase the efficiency of daily operations. 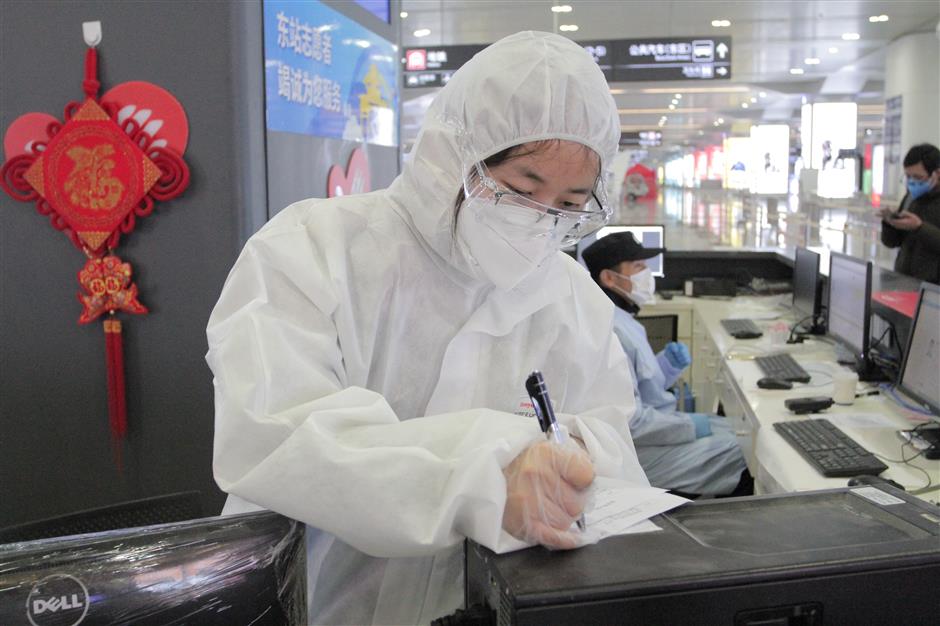 A worker is wearing the protective suit was busy recording data at Hangzhou East Railway Station.

For example, people used to have to wait more than 30 minutes in long lines in the underground parking lots to pay parking fees. To remedy this inconvenience, the team leveraged the Hangzhou government’s City Brain system. This system links to people’s license plate numbers to an online payment account which can automatically deduct parking fees when they exit and cut waiting times in half on average.

This technology has also been applied to taxi hailing, finding public toilets and confirming ID cards.

Last year, when Hangzhou was impacted by COVID-19, the team played a vital role in safeguarding the city. Team members worked in shifts for almost 3,300 hours, checking people’s health codes and temperatures and coordinating with local authorities to ensure the safety of chartered trains with migrant workers on board.

During that period, the railway station handled almost 9.7 million passengers with no infections found.