A woman who killed her newborn baby in a hotel toilet and threw the corpse in a trash bin faces up to 14 years behind bars, the Qingpu District’s procuratorate announced today.

The 25-year-old woman with only a primary school education got married in Anhui Province five years ago.

After giving birth to the child, she went to Qingpu where her mother and grandparents live, because she held a grudge against her ex-husband's family. She did not work and depended on her grandparents for money. 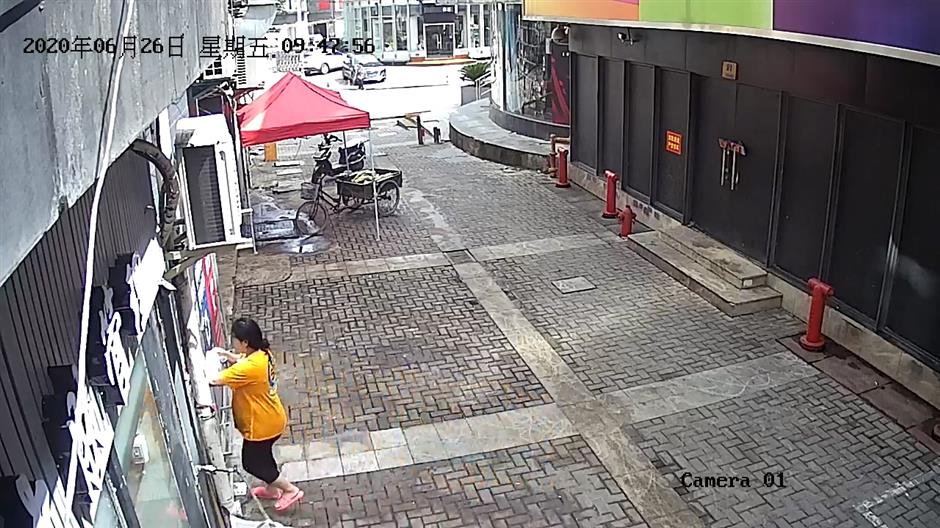 The woman threw her newborn baby into a trash bin in Qingpu Distirct last June.

In February of 2019, she met a waitress at a bar and was encouraged to have fun in the bar. Since then, she enjoyed drinking alcohol, chatting with strangers and having sex with some of them.

In November that year, she got pregnant but did not know who the father was. She wanted to have an abortion but could not afford it.

Over the following months, she continued to frequent bars and got divorced.

On June 25 of 2020, she stayed in a hotel after going to a bar. The next morning, she gave birth to a baby girl in a toilet.

The woman said she did not want the baby to disturb her life, so she throttled the newborn with one hand and covered the baby's mouth and nose with the other to muffle her crying.

She was arrested in her home later that day after a sanitation worker called the police.

The investigation is ongoing.