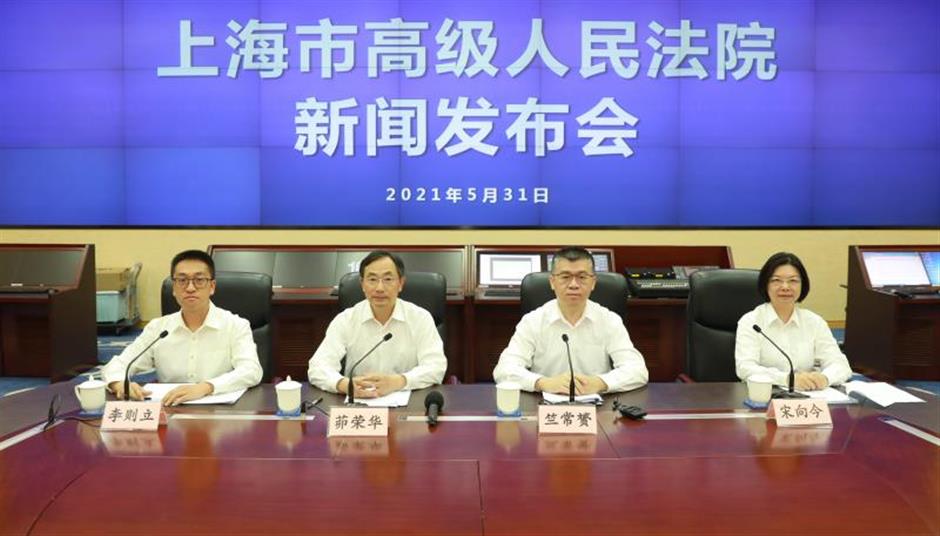 The number of financial and commercial cases heard by Shanghai courts last year decreased significantly, with 179,258 cases of first instance heard, a year-on-year decrease of 6.91 percent, according to a white paper released by the Shanghai People's Higher Court on Monday.

The total amount of the first instance financial and commercial cases heard last year was 180.604 billion yuan (US$28.35 billion), a year-on-year decrease of 18.58 percent. The top three types of cases were disputes over loans, leases and bank cards.

These three, with securities misrepresentation liability and property insurance contract disputes, accounted for 96.12 percent of the total number of financial and commercial cases.

The white paper said the function of trials to support and regulate financial innovation activities had been improved amid the emergence of new types of financial and commercial cases.

Continuous changes in financing channels and structures had led to new, difficult and complex problems, especially in financing methods such as leasing, factoring, trust and bonds, which play an increasingly important role and cause a large number of disputes.

The increase in foreign-related factors in financial cases also posed a higher requirement for the application of international rules and practices.

The white paper said that scientific and technological development, such as artificial intelligence, big data and blockchain, had provided new development momentum for the trial work of the court.