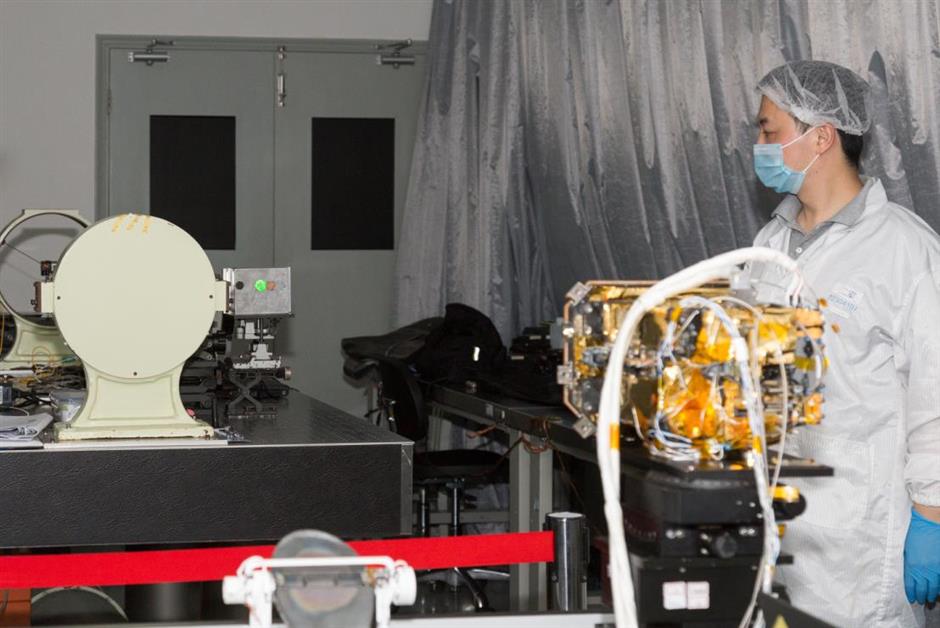 A local scientist tests the spectrometer on board the orbiter.

Two Shanghai-produced detectors have begun probing the Martian surface on the rover and orbiter of China's Tianwen-1 mission, a key task during the ongoing exploration of the red planet.

The Chinese Academy of Sciences' Shanghai Institute of Technical Physics developed an imaging spectrometer on board the Mars orbiter, along with a detector on the rover to determine the composition of rocks.

The detector was successfully activated on June 4, and data was transmitted back the next day, said Shu Rong, deputy director of the institute. It will continue analyzing rocks around the rover called Zhurong, named after the god of fire in ancient Chinese mythology.

The detector in the front of the rover emits laser pulses to vaporize rocks, turning its molecules into plasma and producing its ion spectrum, which reveals chemical elements in the rocks, Shu said.

The orbiter's onboard spectrometer was initially used on February 28 to provide scientific data support and determine the most ideal landing site for the rover. Key spectrometer instruments have been operating smoothly.

The spectrometer operates based on sunlight reflected onto Mars. It can determine the mineral composition of rocks, whether silicate or titanic iron ore. 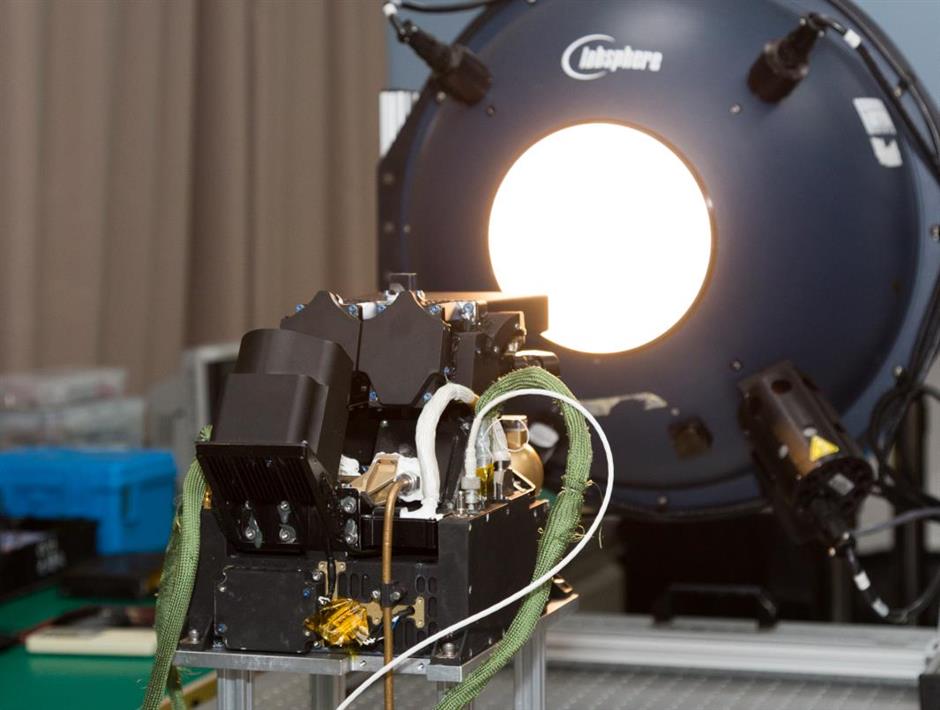 The Shanghai-developed rock composition detector in the front of the rover.

China's Tianwen-1 mission, consisting of an orbiter, a lander and rover, was launched on July 23, 2020. The lander carrying the rover touched down in the southern part of Utopia Planitia, a vast plain in the northern hemisphere of Mars, on May 15.

The rover traveled down from its landing platform to the Martian surface on May 22, making China the second country after the United States to land and operate a rover on Mars.

The spectrometer meets international advanced standards for accuracy and spectrum width, said He Zhiping, director and designer of the spectrometer.

Shao Xiumei, another researcher at the institute, said the tough environment and low temperatures on Mars are big challenges for both detectors.

Temperatures on Mars range from -130 degrees Celsius at night to 30 degrees during the day.

Special materials are used to wrap the rover's detector to withstand the planet's frigid nights. Although designed to work for several months, researchers expect the materials to last longer. 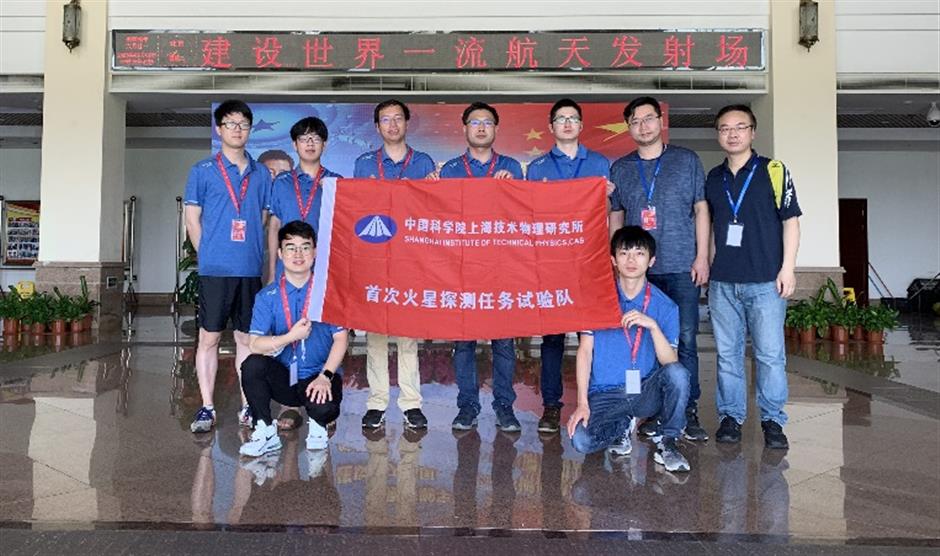 A local team from the Chinese Academy of Sciences' Institute of Technical Physics.