Huadong Hospital held a special ceremony to honor medics who have been Party members for more than 50 years on Saturday, ahead of the 100th anniversary of the founding of the Communist Party of China on July 1.

Some 80 elderly medical experts including 99-year-old Zhu Jin, the founder of the hospital's gynecology department, were honored. Huadong medics sang Party songs and played dramas to commemorate the Party's birth.

Shao Jianhua, Huadong's Party secretary, gave a special lecture on Party history and encouraged medical professionals to better serve in their positions to achieve the goal of serving the people and enhancing people's health.

Elderly medics at Huadong Hospital are honored for 50 years of Party membership. 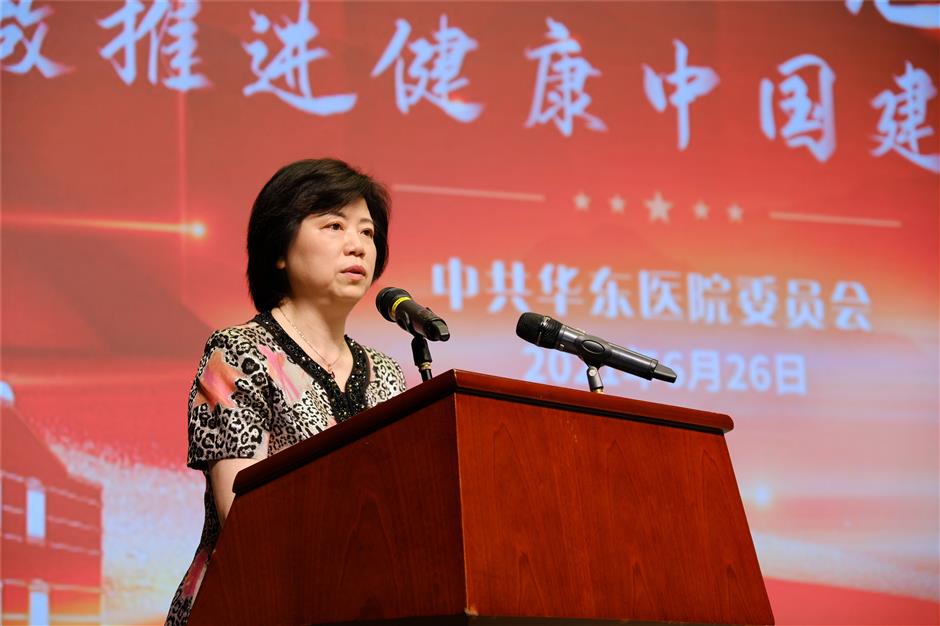