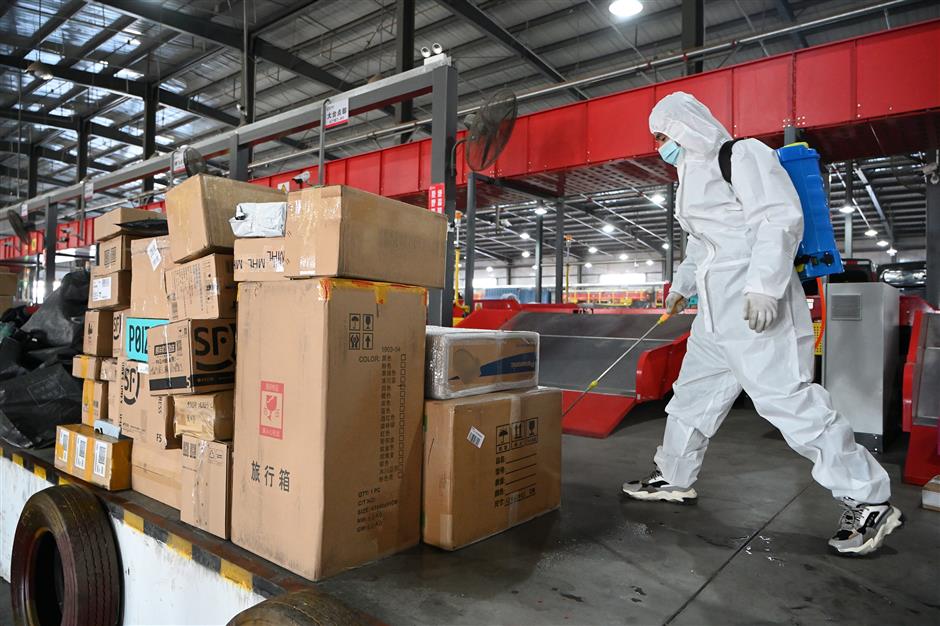 A courier staff disinfect the surface of parcels at a distribution station in Inner Mongolia Autonomous Region.

Leading Shanghai-based courier firms have reminded customers to check the delivery route of their parcels to prevent contact with those potentially contaminated with coronavirus.

Though the courier companies will disinfect the parcels multiple times during delivery, it is still vital for recipients to check the potential risks beforehand, according to the delivery companies.

A string of positive cases has been reported nationwide recently which were related to courier parcels.

When receiving a parcel, customers are advised to wear a mask, reduce contact with the deliveryman, and spray the surface of the parcel with disinfectant before opening them, according to the SF Express.

Courier firms have implemented stricter disinfection measures for parcels during the peak period of the Singles' Day annual shopping spree.

STO Express said that apart from regular disinfection measures, the company will separate parcels sent from high-risk COVID-19 regions and report them to the authority for additional containment measures.

The company will also suspend delivery services according to the orders of local disease control authorities, the STO said.

ZTO Express said that officials from the disease control centers have been conducting random nucleic acid tests on the surfaces of parcels at its distribution centers. A quick response will be triggered if any positive case is found. 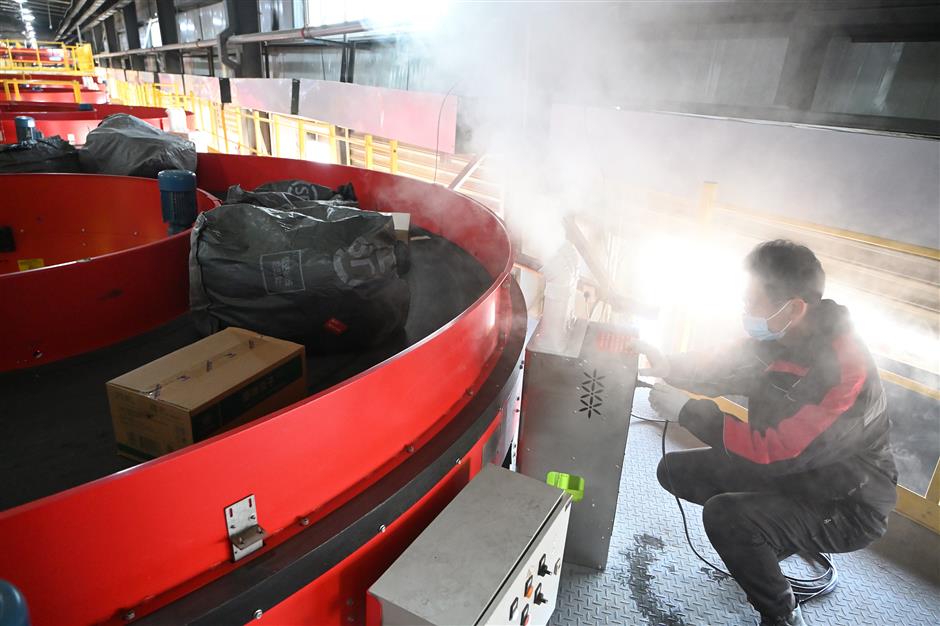 A courier staff sprays a mist of disinfectant on parcels on the delivery belt.

An official with YTO said that all delivery trucks will receive thorough disinfection after arriving in the city. A second round of disinfection will be conducted when the parcels are being sorted on the delivery belts. Atomizing sterilizers will be used to avoid dampening the parcels.

In a recent case, the packaging of an express parcel from the Inner Mongolia Autonomous Region to Beijing tested positive on November 15, but all close contacts tested negative, reported Beijing Daily.

The resident brought the package home in its non-woven inner packaging and discarded the outer packaging box.

On November 13, the resident received a call from police from Xilin Gol, Inner Mongolia, stating that a local package had tested positive.

The resident reported to the Keyuan community residents committee on the morning of November 14.

On the afternoon of November 14, the Haidian District Center for Disease Control Prevention went to his home to collect three throat swabs and 10 samples from the external environment.

The test result of the non-woven bag was positive, but the rest were negative.

At 4 am on November 15, an emergency response was initiated, building 11 was closed, and the four people involved were quarantined.

Residents in Keyuan all lined up for a nucleic acid test at 8:30 am the same day.

After sampling, the Keyuan committee conducted large-scale sterilization for the involved area. 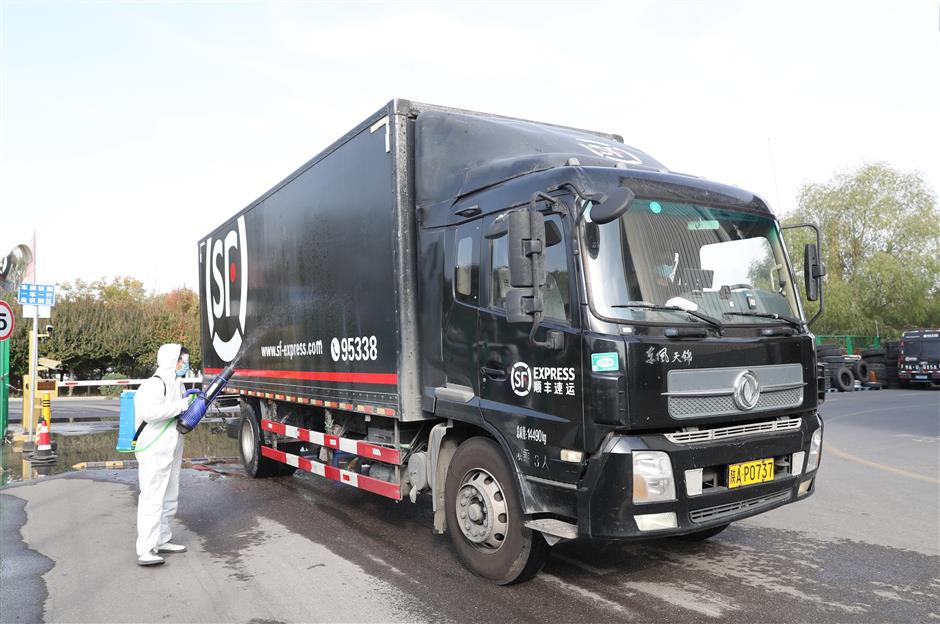