Over 70 Shanghai delegates will travel to Beijing to attend the 20th National Congress of the Communist Party of China, which opens on October 16. Before departure, they talked about what they expect to deliver to the congress, which will set the tune of the Party's work and guide the country's journey over the next five years. 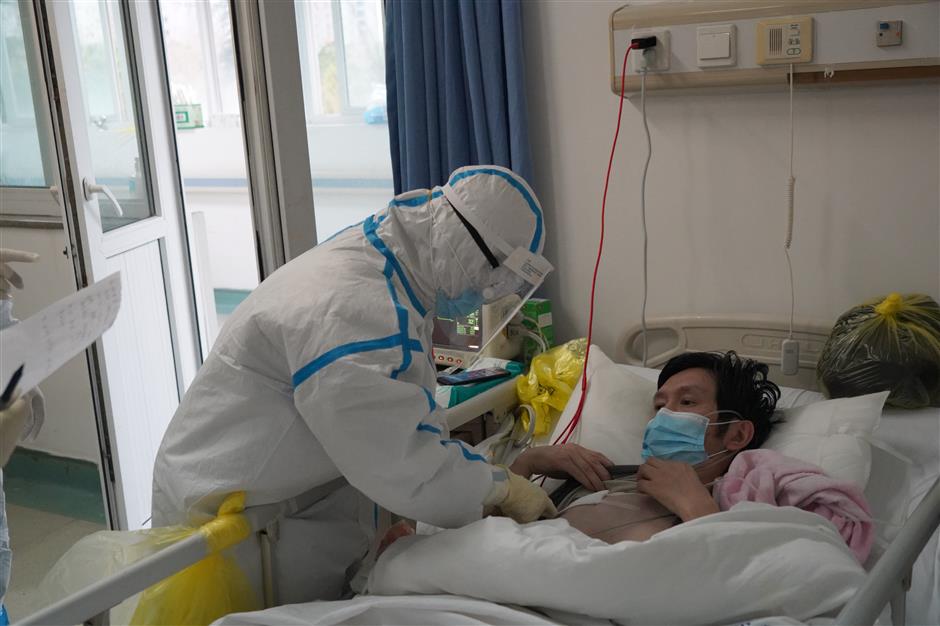 Dr Zha Qiongfang from Shanghai's Renji Hospital will become the only delegate from a local city-level hospital to participate in the 20th National Congress of the Communist Party of China next month in Beijing.

She is renown for her book "Dr Zha's Diary of Fighting COVID-19," which recorded her experience while serving in Wuhan in 2020, the then epicenter of the pandemic in China.

The book has gained considerable attention with multiple foreign-language versions being published, sharing China's anti-COVID experience and perseverance with the world.

The 47-year-old doctor from Renji Hospital's respiratory disease department was a member of the city's first medical team sent to Wuhan.

Medics from 52 local hospitals set out for Wuhan's Jinyintan Hospital on January 24, Chinese New Year's Eve that year. Zha, one of the 136 members of the team, kept a diary to record life and work on the front line in Wuhan between January 24 and March 31. 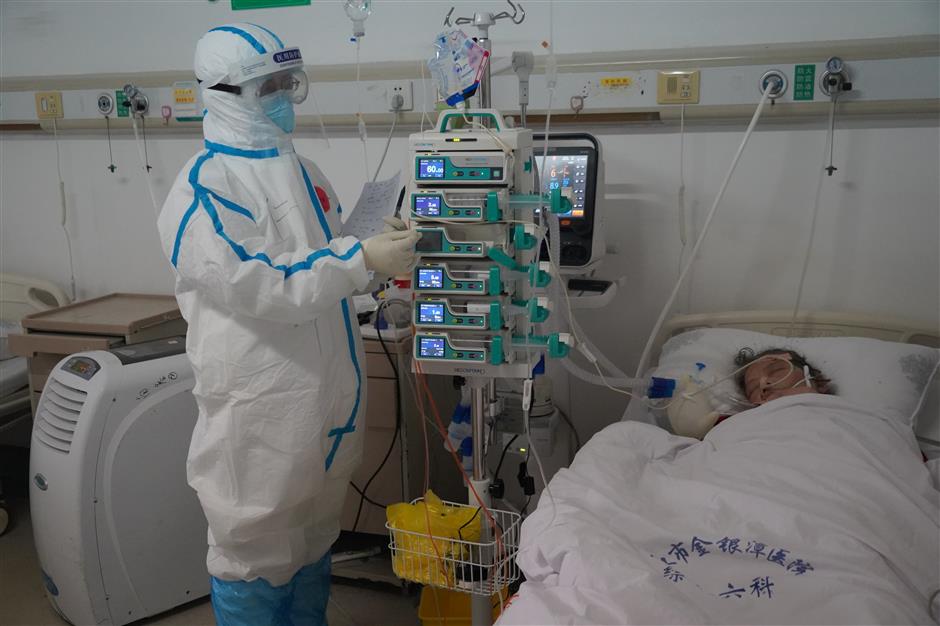 Dr Zha Qiongfang treats a patient while in Wuhan.

"It was a very special experience for me, and all medics serving on the front line. We were working under immense pressure and anxiety while in Wuhan and serving in the intensive care unit," she said. "We were not very clear about the virus and many patients were in serious condition at that time. Even though we tried our best, some patients passed away."

After returning from Wuhan, Zha participated in the anti-COVID-19 campaign in Shanghai during the pandemic resurgence early this year.

She served in makeshift hospitals and designated hospitals. She also worked with the Shanghai medical team to support the anti-pandemic fight in Hainan Province last month.

In addition to supporting anti-COVID measures, Zha also served in a rural hospital in Yunnan Province for half a year in 2018.

She gave lectures to local doctors, taught them how to use respiratory machines and lung function testing machines, and was involved in charity medical initiatives and clinical practices.

Zha said she doesn't want other people to label her as an anti-pandemic heroine.

"There are so many medics involved in the front-line fight and I'm just one of them. Anti-pandemic effort is just one task for medical staff," she said.

Zha said she wants to represent doctors from city-level hospitals to voice their opinions in the congress and communicate with other delegates from different segments of society.

"It will be a very special opportunity to represent doctors and take part in such an important event in Beijing, and I will bring comments and thoughts from grassroots doctors to the meeting and learn from other delegates," she said.

"Health care service is everyone's concern and health care reform needs public understanding and support. I want to seize the opportunity to express the feelings of all medics."