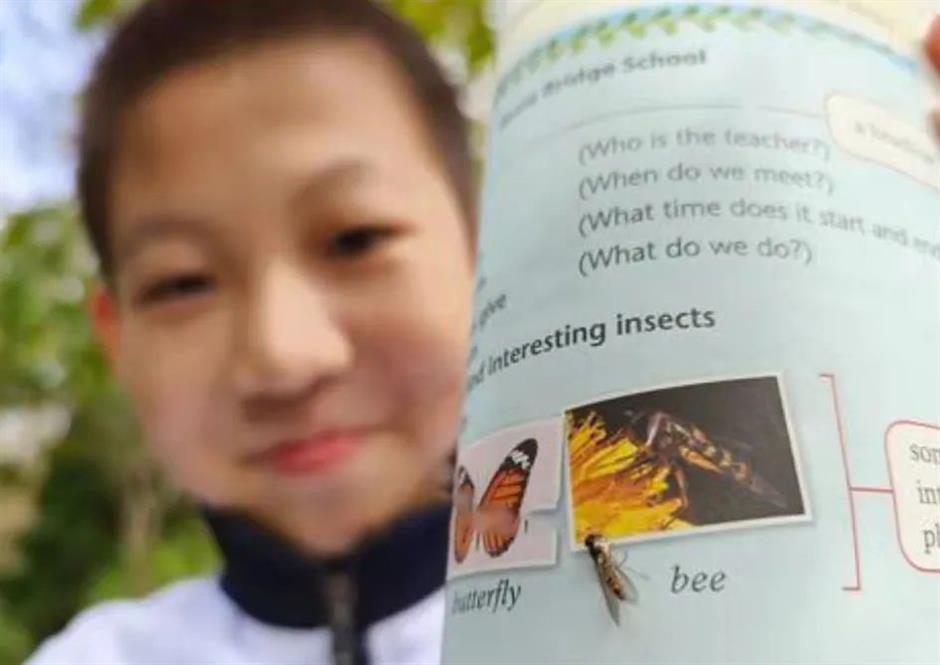 Cui Chenxi holds the English textbook in which a picture of a bee is actually that of a hoverfly.

An eagle-eyed 12-year-old boy who found an error in an English textbook has been vindicated by the publisher promising to correct the mistake in the next print edition, Liaoshen Evening News reported.

Cui Chenxi, a seventh-grader from Shenyang, capital of northeast China's Liaoning Province, found that the picture of a bee in the textbook was actually a hoverfly.

"The differences between bees and hoverflies are quite easy to spot. Bees have two pairs of wings, while hoverflies have only one. The belly is fat for bees but thin for hoverflies," Cui told the newspaper.

The publisher admitted the mistake after consulting with experts. It said it would replace the picture in the next print edition and thanked Cui for noticing the mistake.

Cui's mother described her son as a devoted lover of biology.