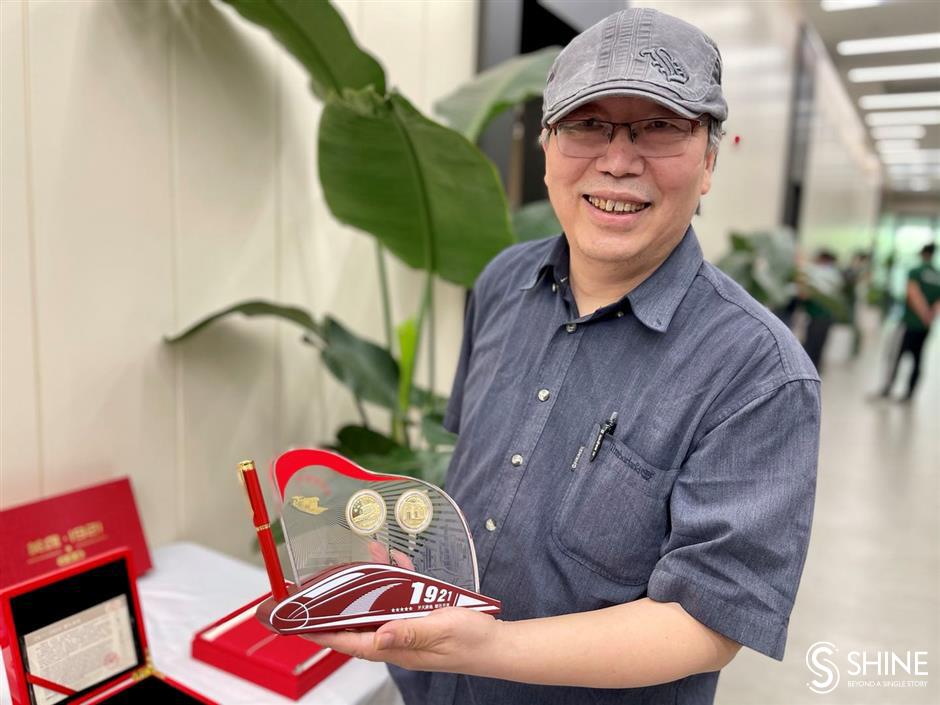 Shanghai's Hero pen brand released over 20 new products on Monday to mark its 90th birthday and the centennial of the Communist Party of China.

The brand, which dates back to the 1930s, is seeking to attract a new generation of customers.

The new products, featuring nationalism and nostalgia as well as stylish designs, new materials and the history of the Party, were released at its former factory in Putuo District, now the China-Israel Innovation Hub.

The pen factory was created in 1931 by Chinese entrepreneur Zhou Jinting in the name of Huafu. It moved to the Taopu Industrial Zone in Putuo in 1954. The brand changed its name to Hero in 1966.

During the 1970s and 1980s, it was fashionable to have a Hero pen in your breast pocket.

The brand was witness to the country's social and economic growth. It was the pen that signed the Sino-British Joint Declaration on Hong Kong in 1984. It was also the pen used at the APEC meeting in Shanghai in 2001, and the signing of the 2001 Protocol of the People's Republic of China on Accession to the World Trade Organization, a big step toward globalization. 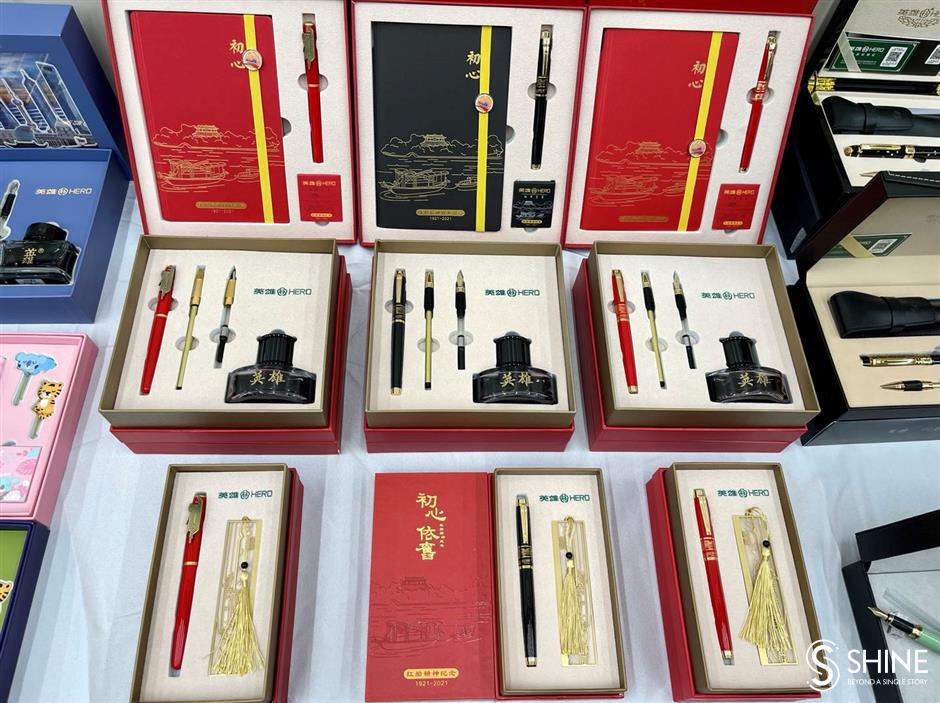 Gold fountain pens manufactured there were once presented as national gifts to foreign leaders.

In recent years, the brand has dedicated itself to developing new products for different target groups. In 2015, it launched a 10k, 12k and 14k gold pens at affordable prices to meet the needs of the mass market.

One of the new products is a red pen which features the Red Boat on Nanhu Lake in Zhejiang Province where the last day of the Party's First National Congress was held.

Another 18k gold pen highlights the 90-year development of the brand with clock gears and 30 diamonds.

Another new pen is made with antibacterial material, a design to cap demand amid the COVID-19 pandemic. 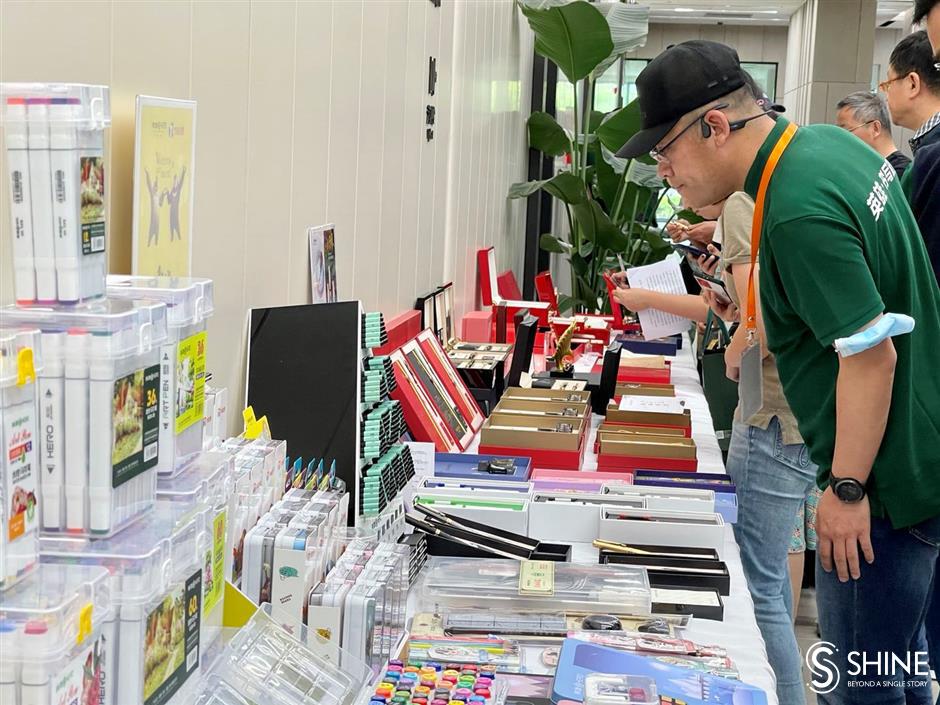 Visitors look at the new products released by Hero.

The Hero Pen factory featured the different industrial building styles in the 1950s and 1990s.

Putuo has preserved the original buildings and layout of the 1954 factory. About 7,500 square meters of the historical buildings house the first batch of startup enterprises in the innovation park from both Israel and China.

Surrounding Taopu were Shanghai's first batch of chemical industrial parks. Set up in 1954, the development of industrial enterprises was at its peak in the 1980s.

However, rapid industrial development also resulted in pollution. To restore the area's environment, the district has relocated most of the former factories and is converting the industrial land into a 500,000-square-meter park. 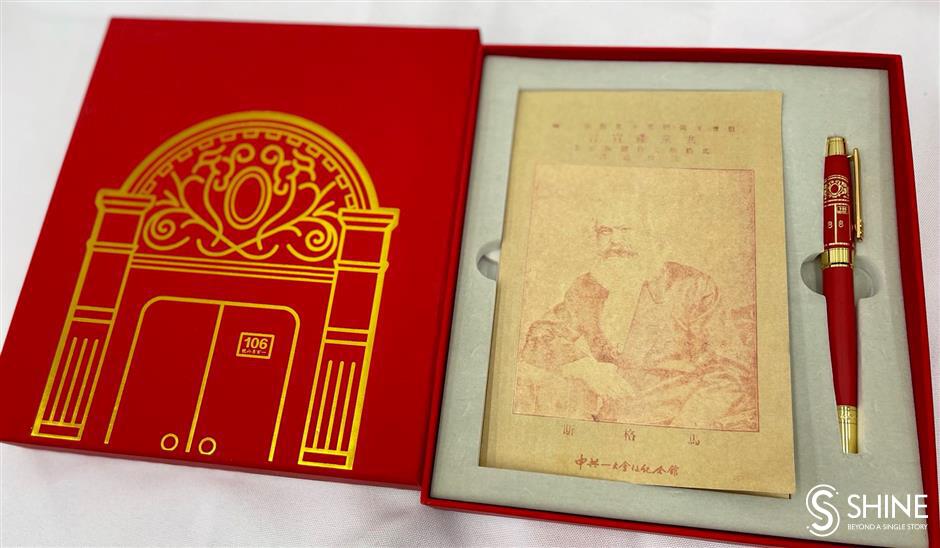 A gift pack featuring a notebook resembling the initial full Chinese editions of "The Communist Manifesto" translated by linguist and educator Chen Wangdao.