A pen mightier than the cellphone 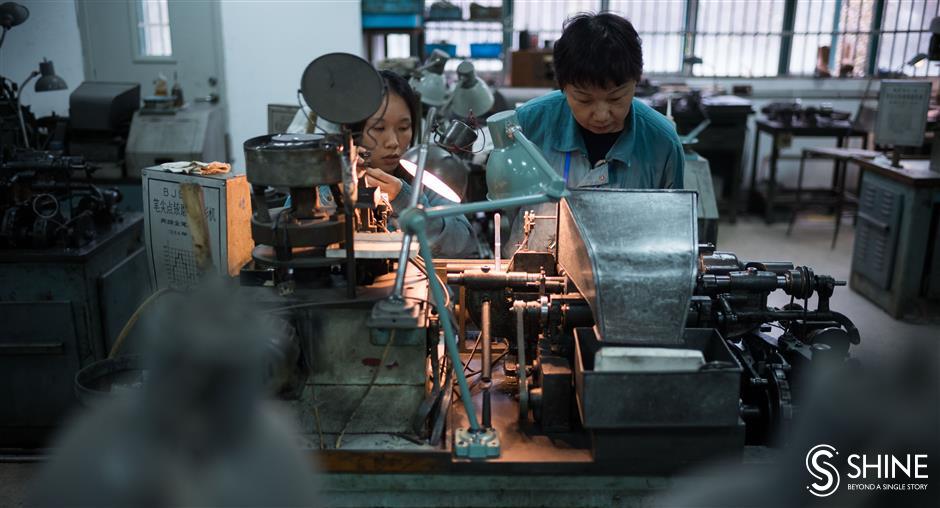 Liu Genmin sits for hours in his workshop, polishing, rubbing and carving a nib with his calloused, ink-smudged hands. Every now and then he observes the details on that tiny piece of metal with the portable magnifying glass he has always had with him over the past 30 years.

“The seam here needs to be closer,” he says as he modifies the nib with a set of exquisite tweezers. “It’s required to control the gap under 0.02mm, a standard to make the ink flow properly and smoothly.”

As a worker at Shanghai Hero Pen Factory Co Ltd, the 50-year-old has been making nibs, the most important part of a pen, since he entered the factory in 1987.

A Shanghai brand born in the 1930s, Hero is a name deeply engraved in the mind and heart of almost every Chinese person. During the 1970s and 1980s, it was the fashion to have a Hero pen in the breast pocket of your shirt, a subtle indication of culture and wealth.

The Hero fountain pen has borne witness to the country’s social and economic growth. It was the pen that signed the Sino-British Joint Declaration on Hong Kong in 1984. It was also the pen used at the APEC meeting in Shanghai in 2001, and the signing ceremony of the 2001 Protocol of the People's Republic of China on the Accession to the World Trade Organization, a big step toward globalization.

“Don’t look down upon the little nib. It’s the most crucial part that directly decides if the pen is good,” Liu says.

It requires a total of 34 procedures to make a tiny nib. Though some other fountain pen makers, such as Germany, do it all by machine, Hero sticks to handcrafting in eight vital steps, including iridium tipping, polishing and slotting, because of the Chinese writing habit that emphasizes stroke variations.

“A machine does a big part of the basic work, but the hand still plays an important role here," Liu says. 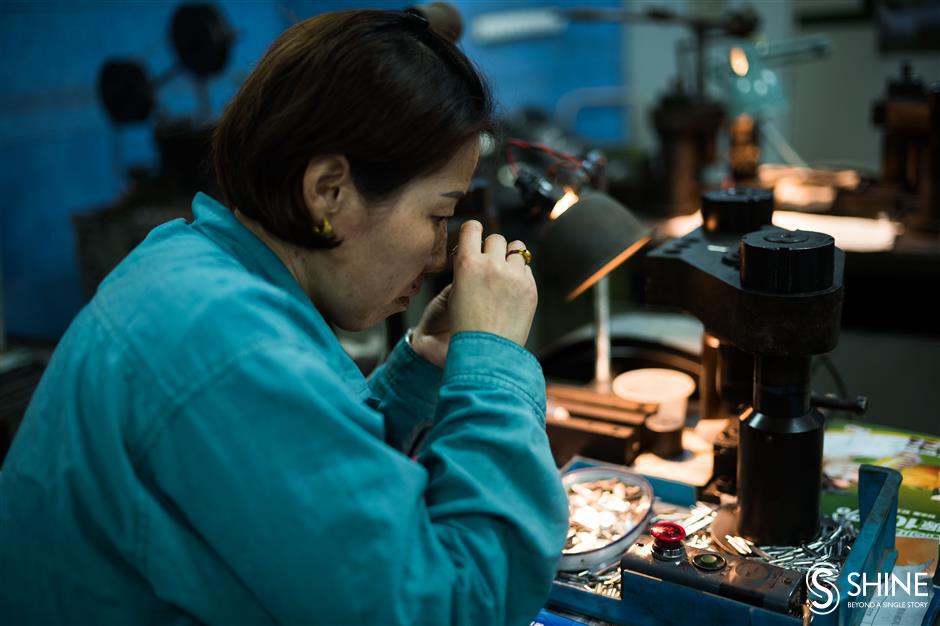 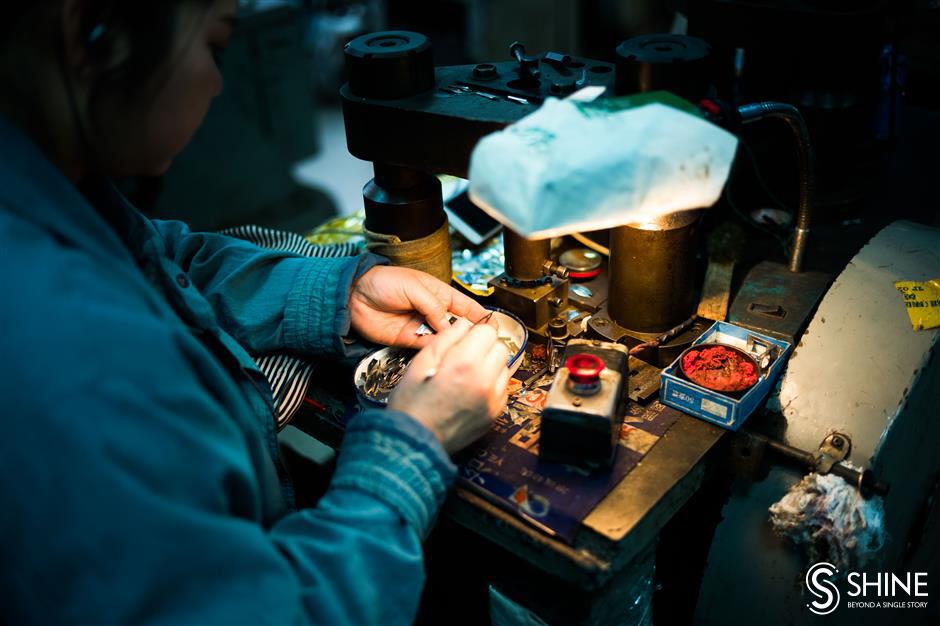 A machine first cuts a piece of metal into a nib shape, imprints the logo and patterns, and punches a small hole for the ink to flow down.

Then there is the welding of the iridium bead — the tip that contacts the paper — to the half-shaped metal piece. Iridium with its hardness and durability is the perfect material for the tip.

It requires experience and skill to polish the bead, which is about 1mm in diameter, with the assistance of a machine.

“See, it’s not round at all actually,” Liu says, as he checks the iridium tip with his magnifying glass.

To cater to the Chinese writing habit and hand gestures, the round bead needs to be polished to have a certain radian. “The radian makes people write smoothly,” he says.

Different radians can write different lines, from as thin as 0.35mm to a thick-line sign pen.

The tip is always made of iridium, but the nib can be made of alloy. Hero is still China’s only fountain pen factory that can make an 18K gold pen.

“Gold is soft, and when combining with other metals to make the nib, it’s slightly elastic that makes the writing experience more comfortable,” Liu says.

Liu was the designer and maker of many important pens involved in the country’s development, such as the Hero 1997 fountain pen to celebrate Hong Kong’s return to motherland, the Hero 1999 with an 18K gold nib and refined carving to mark Macau’s return, and the Hero Model 1111 18K set that witnessed China’s entry into the WTO in 2001 in Doha, Qatar.

The biggest challenge Liu has taken was to make the 1997 series. As the nib was designed to be bigger, all the automation equipment and molds in the factory were useless. Everything needed to start from scratch.

“There were no shortcuts. We didn’t have the proper machine, so we did it all by hand,” Liu recalls. He and his team even invented a set of tools for adjustments. 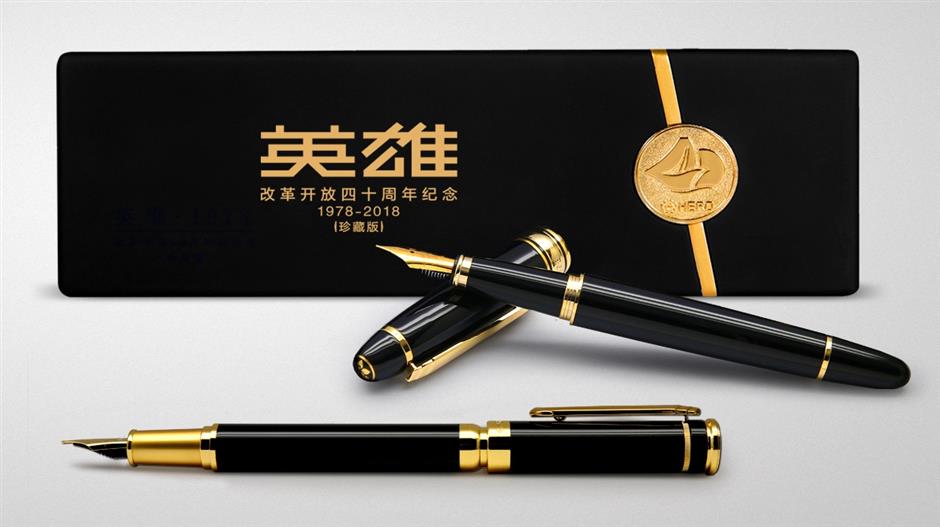 One night in 1997 when Liu was sat in front of the TV with his family, he watched the leaders signing the documents marking Hong Kong’s return with the pen he had designed and made. Tears welled up in his eyes.

However, like many local brands affected by foreign competition in the late 1990s, Hero suffered setbacks. The situation got even worse when people started to use computers and cellphones, instead of writing by hand.

Faced with this double-pronged attack, Hero didn’t give in. With strategic adjustment, the time-honored brand dedicated itself to developing new products for different target groups. In 2015, it launched 10K, 12K and 14K gold pen series at affordable prices to meet the needs of the mass market. Domestic sales grew by more than 72 percent as a result. Hero also grabbed its share of the high-end market with its luxury 18K souvenir series and collector’s editions made of gems and expensive woods for important events and festivals.

“The fountain pen of today is easier to use, lighter to carry and more friendly for the environment. Also, a pen is the only ideal writing tool for Chinese because it can bring out the stroke variations,” he says. “More importantly, handwriting displays sincerity and sentiment.” 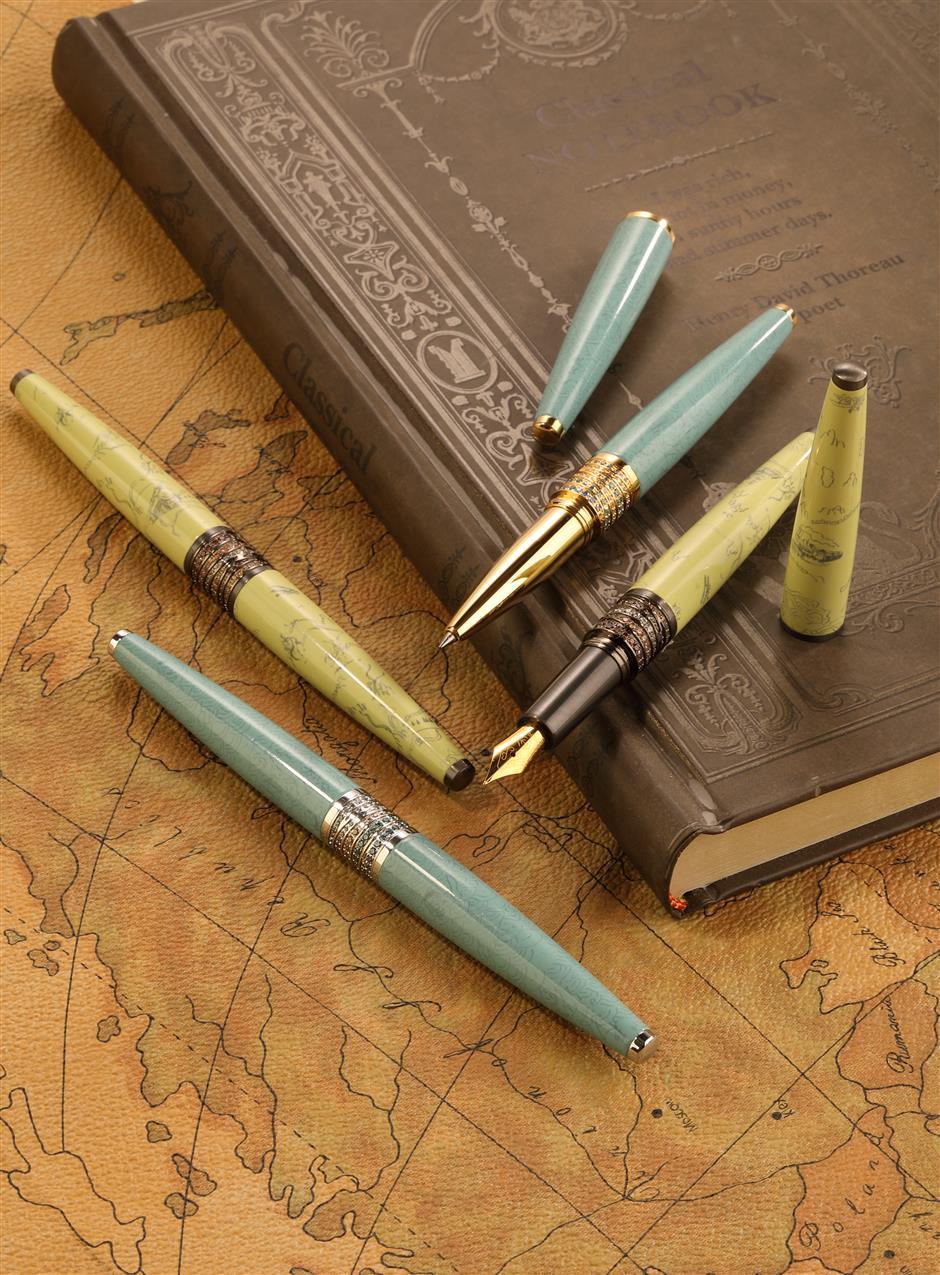